Yo! Here are the results: 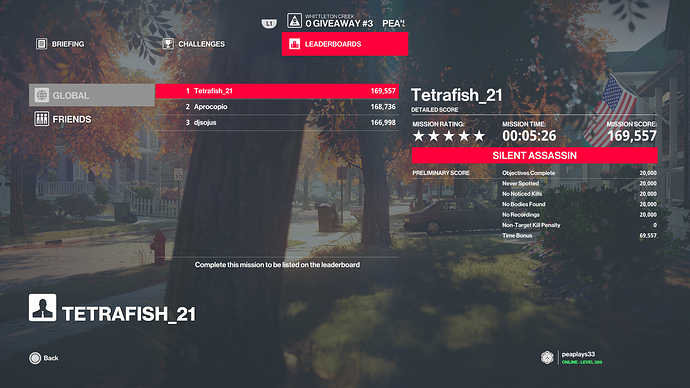 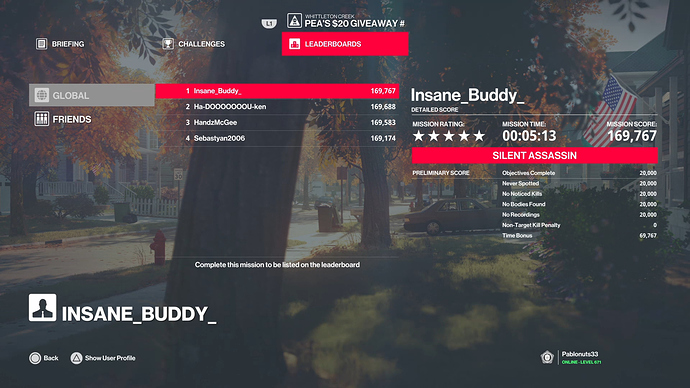 Insane_Buddy_ is the winner, i’m sending him a friend request and we continue from there, thanks all for playing!

Video-proof don’t requinet? If that’s is cheater or…? Beak staff appears on 4:57 if after start mission right away turn music in basement. How escape from basement, eliminate all targets and escape in 16 seconds?

How escape from basement, eliminate all targets and escape in 16 seconds?

Oh well. It was fun trying.

That is the point. When i saw your time of walkthrough i understood that in 29 seconds is believable, but 16… WTF?

Maybe there’s a couple more faster ways to get to the basement. Breaching charge on the garage door, SMG or some other rapic-fire gun to open the door, then maybe shooting the music (thing) to turn it on? If all that’s possible then that might mean an additional 3 1 seconds(?).

Getting down there to turn it on in 2 seconds can’t be possible.

I even pressed F to pick up the (axe). But even using T to take the disguise and the weapon drop(?) to insta-exit (which it wouldn’t have mattered since the second just changed) would only save 1 second at the most.

The top 3 PS4 scores were still better than my time.

Yo, i added Insane_Buddy_ to my friend list in PS4, he hasn’t responded yet, but i’m gonna ask him if he has a video or at least to tell us how he did it!

Here is the run! @Prestige @Tetrafish_21