Some of you may recall the APA Contract Series that me and a few friends (@ScroobiusJib/@AgeingFPS/Mr. Ding) worked on back in Hitman 2. Another good friend of mine @KOats was inspired by the format of these contracts, and decided to create his own twist on this. 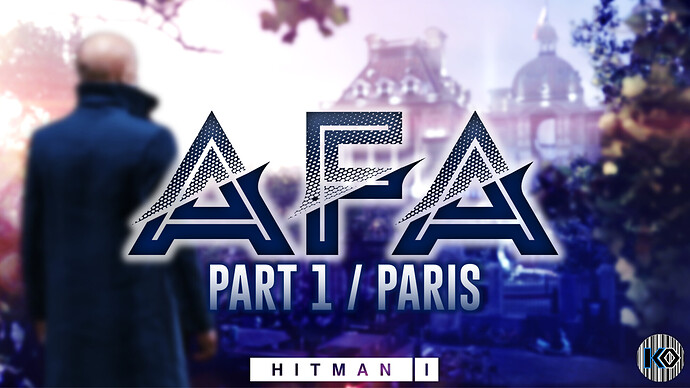 This series will be played solely in the Hitman 2016 game (not Hitman 3). Starting in Paris, the contracts will follow the consistent conditions of having 3 targets. The kill methods will always be as follows: Accident Kill, Fiber Wire, Any Method. This is the basically the same format that the APA contract series used.

You can play and enjoy this contract series in multiple ways. In another comparison to the APA series, there will be a running story via the contract briefings. Starting in Paris, you will read through 47’s journal logs as he recollects the ICA’s betrayal well before the missions you’ve seen in Hitman 3.

), there will also be a competitive aspect to this series. Starting today, @KOats is hosting each of these contracts for a week-long competition. Players on both PC and console (PS/XB) can play and record the fastest time possible for each contract. After the deadline, prize money will also be rewarded to the top times on both PC and Console.

For more information on this event, be sure to join Frote7’s Speedrun Community. While ‘speedrun’ is in the name, the server focuses on anything and everything Hitman.