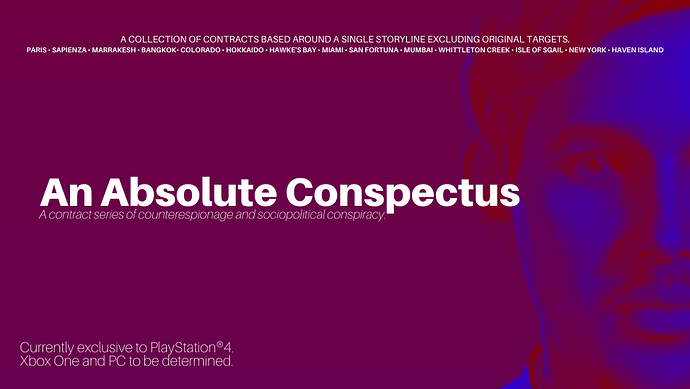 This series is similar to the main storyline leading up to Colorado, though pulls itself off in a different way. The premise is an invisible, militarized NGO causing multiple acts of political terrorism as well as infecting giant organizations and agencies with their own soldiers.

We’ve been working on this around Christmas and I believe most of these people have truly been able to show their contractual identity (while sticking to a formula of three to four targets and a suit only complication, which have had few exceptions).

The main idea of this series is to try and inspire others to recreate this series on their platform and/or make their own series for themselves; HITMAN 2’s been deprioritized and we may as well try to make it last with community-based projects.

And a sidenote to everyone: for whatever reason you may feel forms of elitism, prejudice or anything similar towards the series or any of its contracts, keep it to yourself.

The last thing we need is some putting down others as this is their contractual style (with aforementioned formula). The contracts are not some random mess they submitted to make filler content, they are made with the community in mind. 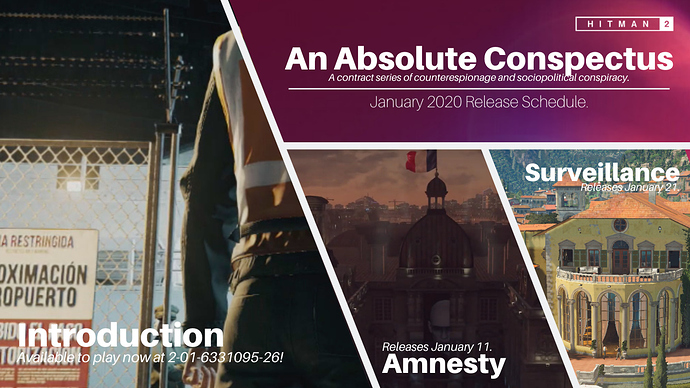 This is our January release schedule! With our ICA Facility, Paris and Sapienza contracts ready to be released on their dates; as you may have guessed, Paris and ICA Facility have both released as of now, with Sapienza on the way.

And I wasn’t invited?

Oh well, they should be fun to play

You haven’t friended me on PS. You were definitely considered, man.

Didn’t know you sent be a request

I don’t use PS for any social aspects so really never check that stuff, my bad. What’s your name I’ll add you


An Absolute Conspectus: Amnesty(TheScriptDesk)(Diego)(6:29)
SONKO + NO LOAD OUT

I think you should post the briefings of the contracts? That way the more story orientated users would be interested in playing and remaking the contracts on other platforms.

This contract taught me some routes that I previously didn’t use/know of!

Luring the target to the roof with the pistol shot, in the introduction contract, was a great idea!

Any SA run with no load out is impressive! Superb run in Paris.

Thank you very much

Your run was great 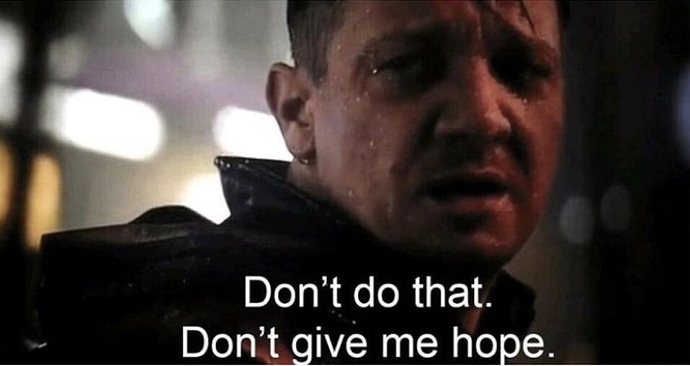 I like your route a lot,no loadout+sonko is a difficult task 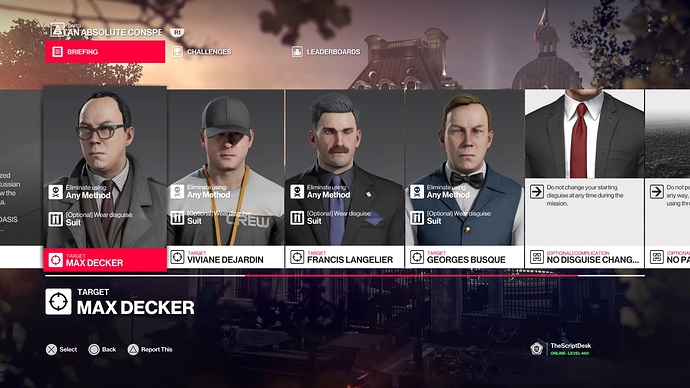 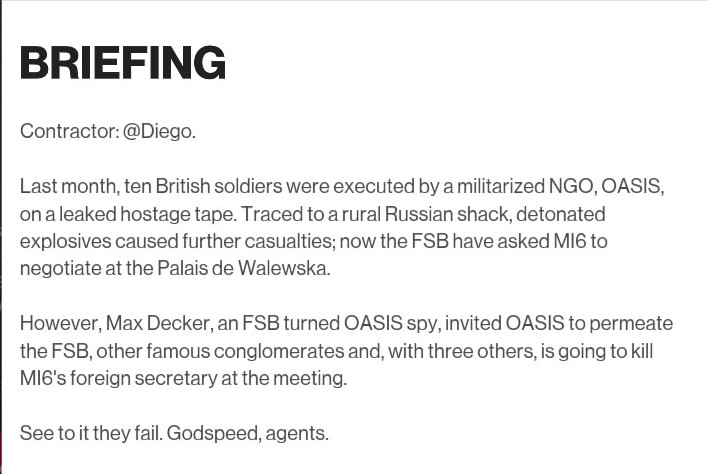