Do and can people really hire hitmen of the deep web and shit?

It sounds so absurd of a thing to be in real life. VidMate

How would a hitman even prove themselves online?
word counter

It just sounds so unreal.

Our world and reality is far worse than anything you can see in movies or medias.

As far as I have heard it from people who tried to contact them in the deepweb/darknet for researching the matter, all turned out to be fake. Even if some are not fake, they probably are unable to build up a reputation to be believed as a real one.

This is usually the case, from what I understand. For example, the Italian-American mafia will use people within their own circles, who they know can get the job done. It’s very rare to seen someone try and hire a freelance - especially online - because, like Doodlewood (

) implied, there is no way to prove the real assassins from the scam artists.
I found this to be a problem in my writing, creating freelance assassins. Most people who have other people killed already have connections to ‘in-house’ assassins of varying degrees of skill. But a highly skilled freelancer? It’s possible, but you’d need a professional reputation to made people trust you can deliver on the job. How do you get a reputation for contract killing, but also remain undetected by the authorities? How do you advertise your services without exposing yourself?
Yes you can protect yourself electronically, but then how do the clients know it’s the real you and not just some copycat? You can’t exactly send in an ID with every contract

Also, welcome to the community @Doodlewood !

Yes you can protect yourself electronically, but then how do the clients know it’s the real you and not just some copycat?

I mean it is possible technically with a PGP key only the assassin has. Just like secure communication works these days. Still you can’t really build up reputation as your clients can’t go to your verified amazon profile and give you stars.

My inbox would be full of “We see you’ve purchased the services of Agent 47. Could you take a moment to rate this product?”
I gave him 4 out of 5 stars because although he got the job done, he used all of my fire extinguishers in the process

I suppose it would be possible for the assassin to have their own secure website on the dark web, and post their verified kills, but they would have to expect thousands of intrusion attempts from the authorities every day. It would be full-time job in itself, and the assassin may become too high-profile to really operate effectively, like when you have high notoriety on Blood Money. If anyone had a solution to that reputation-discretion trade off, then let me know, because I could use it

governments and gangs have hired killers. They are either called police and secret agents, or they are called shooters. I mean what would you call Mossad and what would you call any street gang in Chicago. Both have contract killers just different justifications.

I think contract killers are like drug dealers. If you know you know and only those in the know, would know where to look.

I imagine just like in the gangs you build a reputation and it just goes from there that becomes your resume and like drug dealers they don’t have to advertise.

You could end up being like that Tim Lambesis guy and getting an undercover cop to kill your wife. Then getting arrested and going to prison. Then coming out and rejoining your band and selling tons of records because your fans are stupid and your bandmates are cowards who only care about money.

And if you want a close-by about what it could look like in real life, i suggest you watching The Mechanic (Jason Statham) or The Iceman (Michael Shannon), which are two great movies relating two different kinds of hired Hitmens 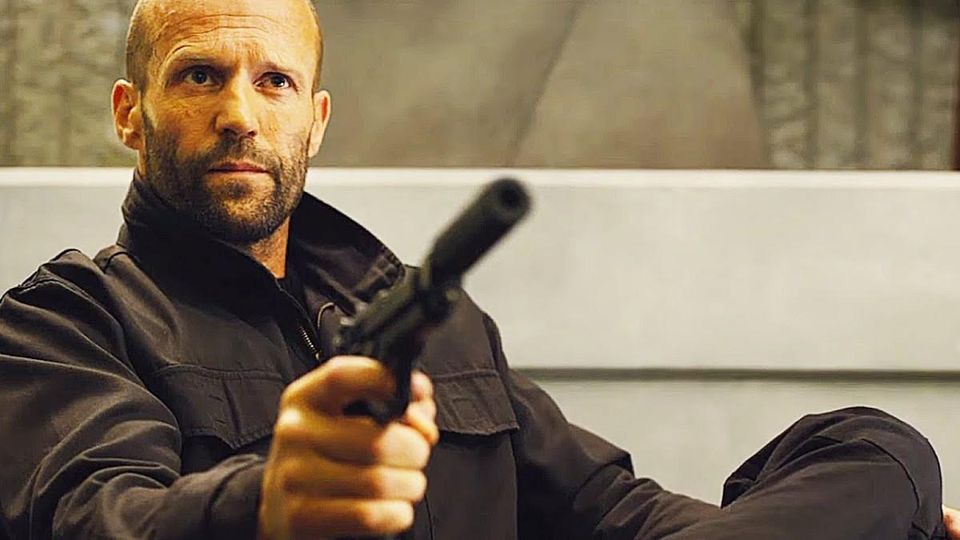 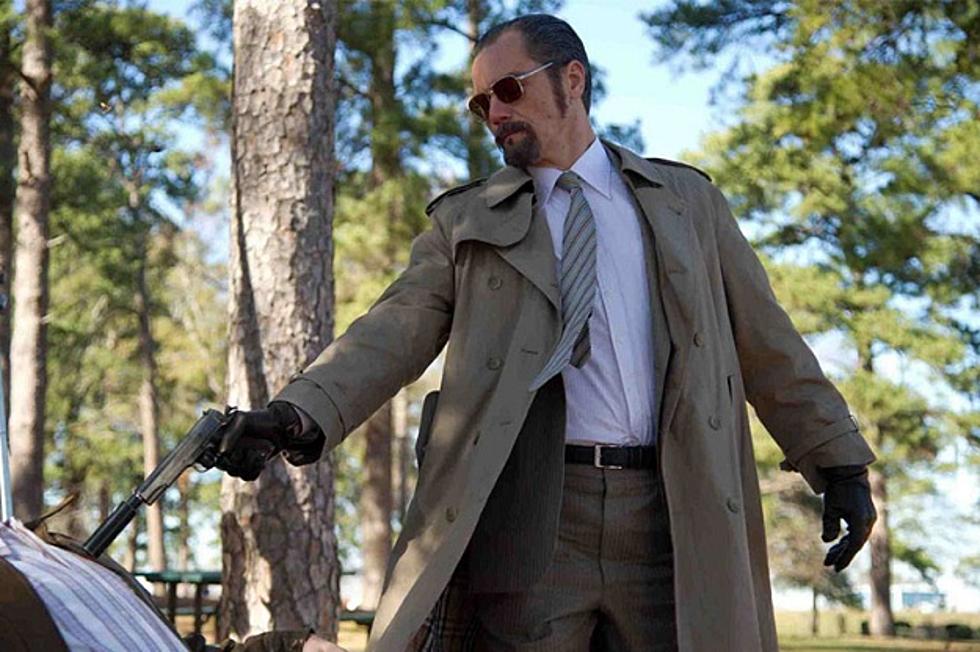 I bet that Charles Bronson in The (original) Mechanic is better I’ve yet to watch it but the new ones are pretty good too. 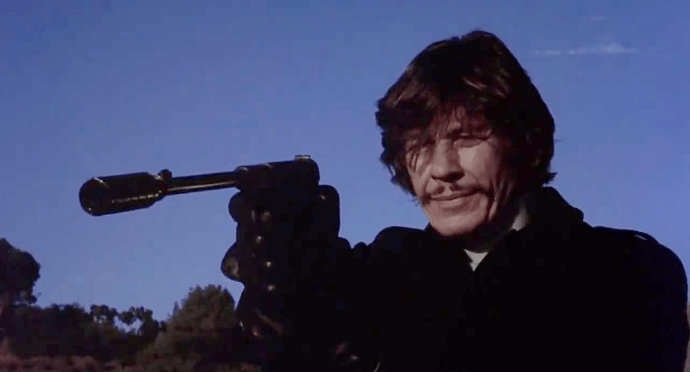 Charles Bronson was great indeed, but i think the new ones are somehow better.

Also, it’s been made and produced by the sons of the original makers, so it remains a good legacy of the franchise

These are movies though. Dude was asking about Hitmen in real life.

These losers for example 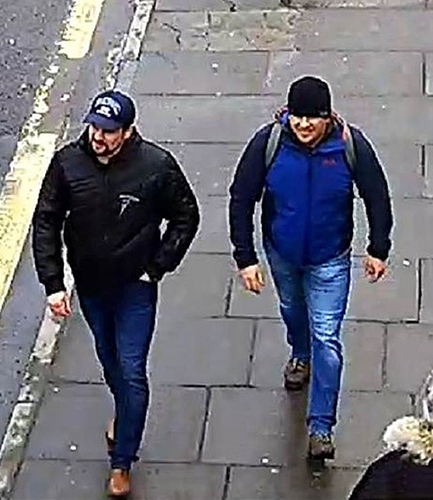 If anyone had a solution to that reputation-discretion trade off, then let me know, because I could use it

Thought more about it how a hitman operating as freelancer could work “realistically”. I want to stress these thoughts are just ideas for your fiction.

As I said, you are contacted via PGP encrypted mail. For those who don’t know how it works, there is a public key people who contact the hitman use to encrypt the mail. And a private key only the hitman has to decrypt it. When the hitman answers with the address one contacted, one knows it is the real one.

To make the people know you are serious, you have to make your hits public. Not the act but the aftermath. You would have to make pictures of your crimes which contain you mail address + public key. You probably have to murder multiple persons to gain interest by police and press. As you have to be inhumanly good at evading the police anyway, you keep going until the press gets desperate to print the next story. At that point you contact them, by sending them one of your pictures with the mail key. Pretend that these kills were all contract kills.
Now what you count on is that these pictures get around online. You have to count on your clients are clever enough to believe the mail+key only of the oldest pictures. As likely at some point some get photoshopped to insert their mail to grab off your money.
You hae to keep on releasing pictures with the same key with every hit. This keeps people knowing you still are active with the same address and key.

Bitcoins are not really reliable as washing them is a public process. Criminals try to keep anonymity by obscurity, using many many accounts to wash them. Of course you should not do that with such a high profile. So better be paid fully in advance with credit card infos. Credit cards are widely used and probably easer to be used anywhere on the world. Let it be their problem to possibly get into trouble with how you use the credit card.

This is hard to do, but doable with what we have already. According to documentations you gain trust in the darknet by giving the other compromising material of you in private. So if you bust him, he can bust you. It can work the same here.
With the credit card info we also need confirmation that the card’s owner is indeed the client. That is the compromising material he has to give you willingly. The information it is him has to be reliable. To ensure this, it can’t be some material he send to you personally but it has to be something recorded by a neutral source. An idea would be to manipulate a radar trap (with high quality cameras) so the photo it takes is also sent to you. Require the client to be recorded by it while having something unique as a marker on the car. Verify his identity by comparing his face on the photo to material you find online.
This only verifies the ID of the client, not if he is a cop or something. You could require the client to be somewhat high profile as well. He has to be wealthy to pay you anyway so this should not be a huge problem for them. You might also want to threat them with a hit if they betray you now that you know their identity. If the police still is involved they risk the life of a rich civilian. It is also possible the client is below the radar as well and only forces a rich guy to play the client. Don’t care about that but still be careful at fulfilling the contract.

I hope this gives some ideas for fictional works.

It probably still has many ways to fail in details so it wouldn’t work too well in real life. 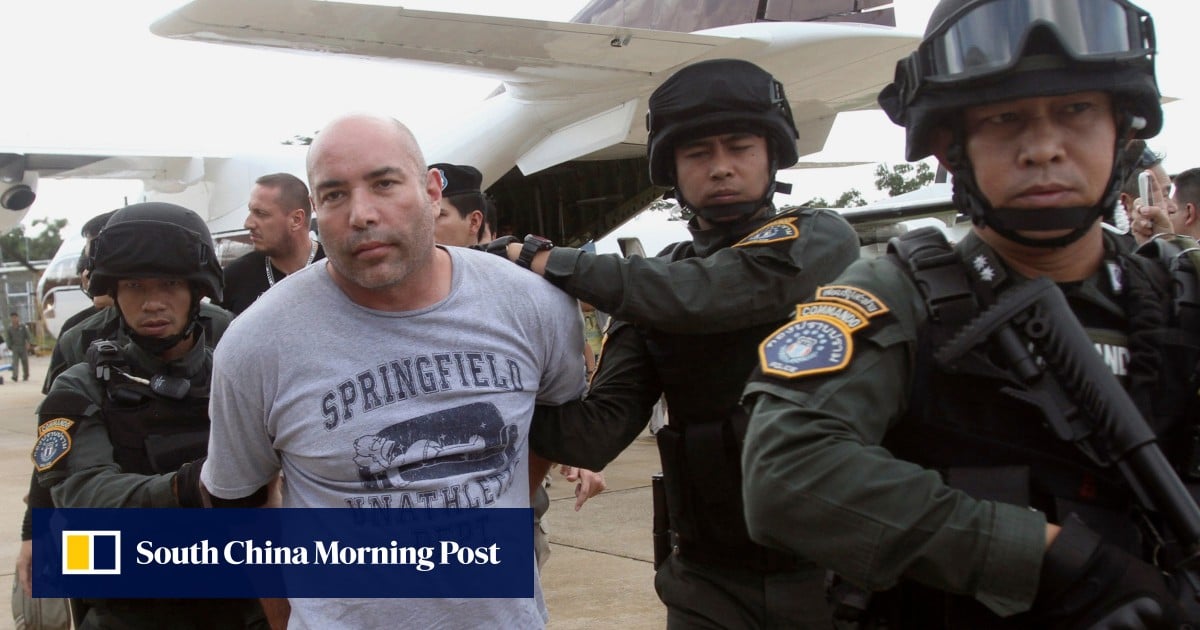 US ‘Rambo’ mercenary gets life in prison for Philippines killing

Joseph Hunter, a former special forces soldier, was sentenced in New York for the ‘truly horrific’ killing of real property agent Catherine Lee in 2012. Hunter recruited two other American ex-soldiers to travel from North Carolina to the Philippines...

Other sources suggests Joseph Hunter was part of a market system. A number of ex-military types wound up as contractors doing missions for the infamous Paul La Roux.

Assassins with skills like Hunter have been known to operate and set up shop in the Philippines. This video above shows one such expert sniper assassin in action. The shooter used an unsilenced rifle and other than the sound, left no evidence (not even a spent cartridge from the rifle).

This killing and others like it are not the work of average goons but certified death dealers.

And like in any market, you can pay top dollar for someone like Joseph Hunter, or you can get a discount professional from the streets.

Remember…In the shadows… there is violence.

Contract by contract, assassins shape the world you see.

Joseph Hunter seems pretty notorious. But he’s far from the best on the market.

The world’s best assassins do their work so well, unseen and beyond suspicion, so much so that we have dismissed their trade as fiction.

Thank you for this Urben!

I’m going to study this and see what I can implement in the story, I like the idea of the PGP encryption, and potentially using a cryptocurrency.
I think developing a recognizable key, almost like a brand, is going to be the way to go!

Wasn’t there a russian that advertised an actual agency on this forum a while back, thinking that it was an actually hitman forum, not a forum for Hitman?

I think he only offered himself, not some agency. If he kept on doing that this way his career was probably as short as his presence in this forum.

Killing Is My Business. And Business Is Good