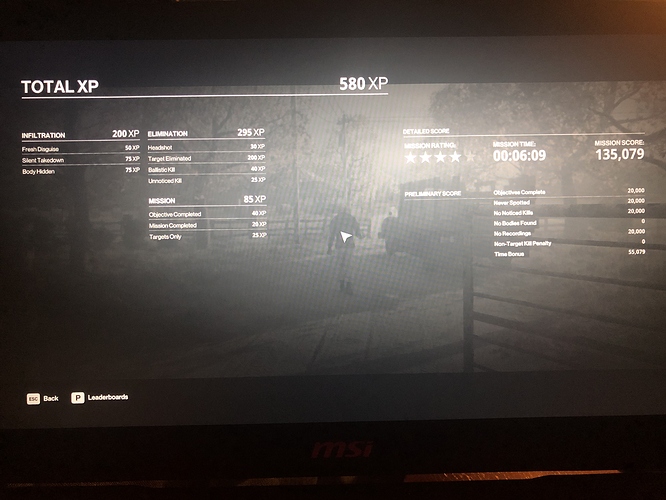 I’ve completed Colorado on Master attempting to get sniper assassin finished. In the detailed score section it’s stated that I’ve gotten all unnoticed kills, never spotted, and no recordings. These are all I need to finish off the classic challenges from Hitman and the completionist in me is dying. Thanks for any help!

Did you hit all 4 targets directly with the sniper rifle?

Did you hit all 4 targets directly with the sniper rifle?

He must did. The detail score shows 40 XP in ballistic kill (each of them awarded him 10 XP), unless he used other guns.

It’s the same with Sniper Assassin Challenge not unlocking when spotted by the target (before they report) and you kill them. You get 5 stars SA etc but not the challenge unlocked.

I was nowhere near the targets. Sniped them all from atleast 40-50 years away. Wasn’t spotted by any of the targets.

Alright then. This seems to be an issue happening to other players, too. It has been reported in the official bug thread. The only thing you can do now is to wait for this month’s patch. I am sorry to hear that it didn’t get unlocked.

There seems to be an issue with the completion of Sniper Assassin challenges at the moment on legacy Colorado. I’ve have been unable to get the challenge to pop-up despite having completed all the requirements multiple times. I’ve tried taking a normal exit, using the tornado shelter exit, I’ve tried on all difficulties and no matter what I do it’s impossible to unlock Sniper assassin. It seems I’m not the only one having this issue, I’ve seen other people reporting the same problem. Playing o…

Thanks, hopefully it’ll be patched soon as it’s pretty frustrating but there’s a ton of other stuff that I can do in the mean time. Just for reference I sniped Graves from the crates in the front of the map through the from door of the main house. Parvati while she was in the barn from the blue tractor. Then Sean Rose while he was in the demolitions area while I was in the front right of the map close to where there’s two guards near a generator and the one that roams close to them. And I sniped Berg while he was talking to the guard near the lawnmower while I was near the crates close to the front of the map again. Thought it went well with a 6 minute time but oh well. I was happy with it.

Judging by the picture, someone found their bodies. 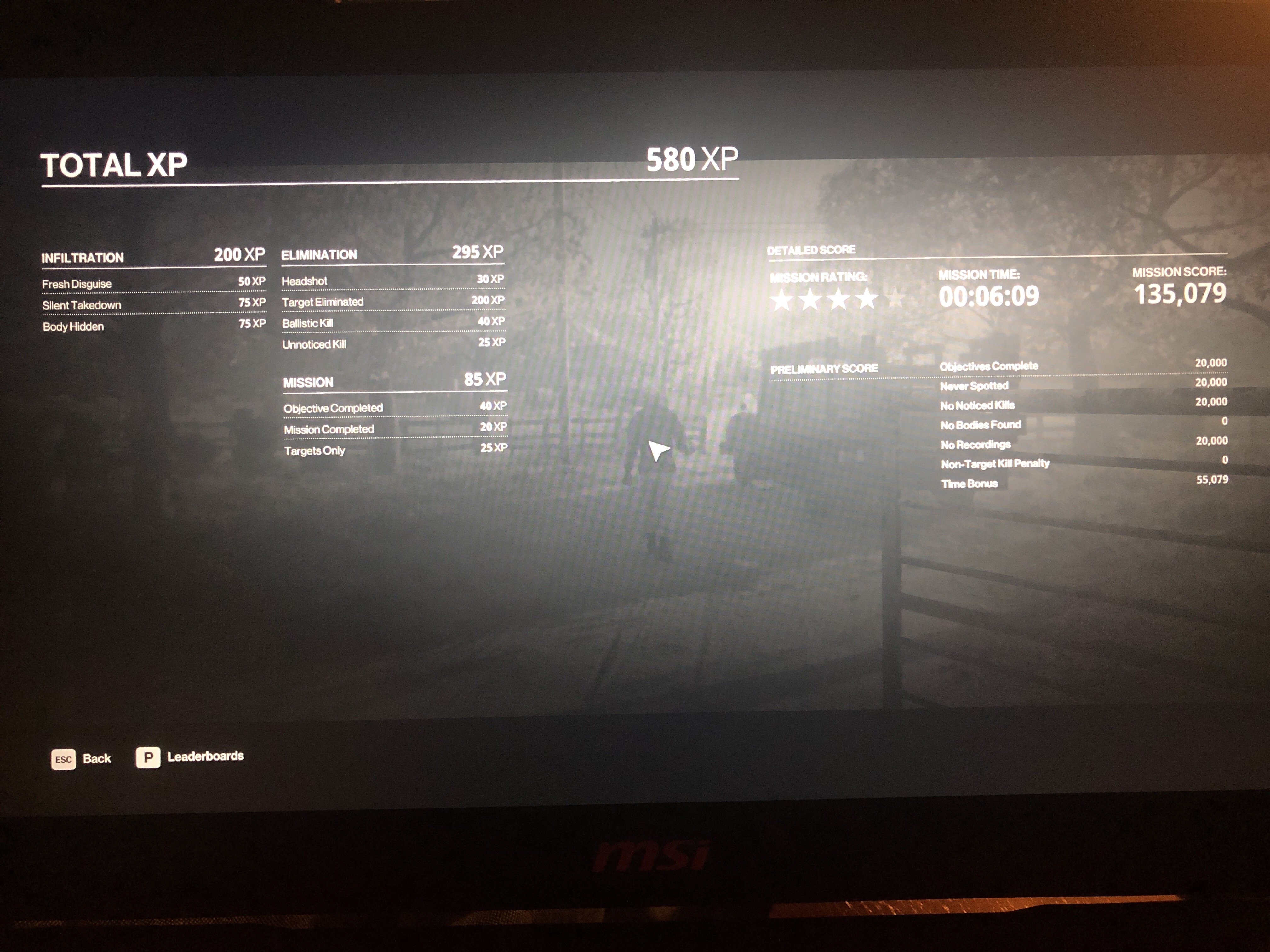 As you can see, you were given 0 points in the “No Bodies Found” section.

Yes, but it won’t affect sniper assassin challenge, would it? No body found is not required.

Yeah, for sniper assassin it doesn’t matter if the bodies are found

If you’re impatient, you can do what I used to do and get close (like, close enough to melee kill) and then whip out the rifle and shoot. Whenever I couldn’t nail a Sniper Assassin challenge, I’d do that. I actually did it recently on The Bank.

I completed this challenge two days ago in Colorado on master difficulty (H2).

I started at the tower, with a silenced sniper rifle and a non-lethal thrown weapon in my loadout.
Slid down the ladder and hid by the bin there. Threw a coin to lure the guard down, knocked him out, took his disguise and hid the body.

The two remaining guards on the roof were lured out of visibility-range from the others around the compound and then knocked out. One I dragged all the way to the bin under the stairs, the other I hid in the bin upstairs.

I then climbed the ladder again. Found a target, shot him/her, slid down and hid in the bin with only one guard. Waited for the commotion to settle down, and repeated the process for the 3 remaining targets.
(Also shot the camera in front of the house with the sniper rifle).

Only one exit available so I had to obtain an elite guard disguise, do the 3D printer and mask thing and escape through the basement, but that could be because I hadn’t completed the mission on master earlier?