Control and Alan Wake are two pretty big titles for Remedy. This should be a nice place to centralize discussion on their strange shared universe… Played the opening hour of Alan Wake Remastered tonight. It’s neat to see it on a Playstation now.

The game holds up alright.
I’ve got a few audio hitches and choppiness in cutscenes – but I think that’s just because of my old PS4. (many other titles have been suffering recent issues too) I’ve seen other PS4 gameplay and their scenes run really smoothly.

The framerate is at a pretty solid 30fps. The graphics are decent. It’s not extremely realistic, but it’s not a blurry X360-gen mess. It serves its purpose. The only comparison I’m making is between this and my old laptop, when I first played Alan Wake on that some 7 years ago. I finally have my hands on a (mostly) stable version of the game.

The audio mixing seems like it didn’t get worked on, or something was messed up. My normal volume settings has it too low, yet when I turn it up, there’s an inconsistency in the music volume fluctuating and the sound effects being very loud. It’s strange.

Also… only 5 minutes in and they’re already teasing a sequel. This is definitely new. 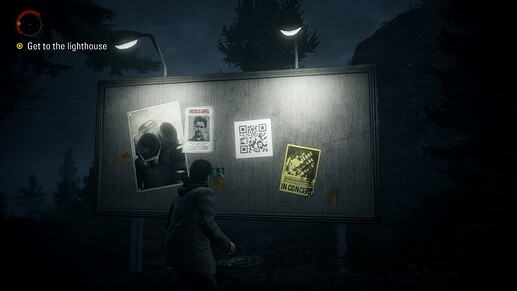 There’s this QR code you can find in the opening level. Scan it, and it gives you this:

Same style of footage as Control, but I don’t recognize it. Interesting…

I think this more hinting that the remake is going to secretly be framed narratively as Alan doing a rewrite of Departure over it being a sequel tease. Like how Alan Wake is a first draft of a novel, this is one of the rewrites you do.

I haven’t played Alan Wake but Control was an amazing game. One of the expansions I think touched on the Alan Wake stuff (but not having played that I wasn’t sure how connected it was). The game mechanics were very interesting for me. The idea of only really ever having one gun, the telekinesis stuff, and the way that the game kept levels shut off until you were ready for them I though was all very innovative.

Given how the events of Control have been written out by Alan Wake and along with the bombshell that was the AWE DLC I think a sequel is inevitable and it’s gonna be a huge thing for me when it gets announced. I’ll probably buy my first collectors edition because of it.

Control is a great game. I loved it

I especially liked the cheat option. If like me you are bad a fast paced third person shooter but like the story and atmosphere, you can still play it to the end.

I played it in one 22 hours long setting because I needed a quick adaptation to a return to my normal time zone. I had invincibility on, managed to unlock all the base achievements in this one session. The last few hours were a bit…special, especially with what was happening in the story.

I still remember the hidden room where you can listen to My Dark Disquiet from Poets of the Fall (great band by the way, they also are in Alan Wake under their in-universe name of Old Gods of Asgards). That moment was just magical, a quiet moment between two encounters. A question if I may, as I said I am bad at the kinds of game made by Remedy but love their writing, presentation style with real life cinematics blended in the game engine and the lore they created.

Since you have the Alan Wake Remake, could you tell me if they did the same things as Control and implemented a bunch of cheat toggle in the option menu for people like me ? Thanks.

There’s an Easy difficulty, but nothing like the options in Control.

There’s difficulty options when you start the game, but nothing like Control’s “activate invincibility” option.
It’s the same game as it was before, mostly.

It’s okay though. It’s not as brutal as Control, no background RPG levelling system or enemy tiers.
The gameplay remains basically the same throughout the game. Get to an objective, enemies will appear along the way, dodge their attacks, burn away their shield, shoot them dead.
It’s simple, but I like it.

That’s a pretty interesting way to interpret these ‘visions’.

That ashtray maze was such a wonderful surprise when I got to it! So fun! Ahti was a great character. He fit that old “wise janitor who knows more than he should” trope, but I never minded it. He was a little hard to understand sometimes though.

I will try it then. Doesn’t seem too costly and I know its reputation as a cult classic.
I also remember trying to make sense of the Alan Wake side of the lore on TV Tropes when I played the AWE dlc.

I might have to replay Control first. I mean, just the opening feels strangely nostalgic to me.
I can hear the Oldest House/██████/Place of power calling, or is it the hist ? 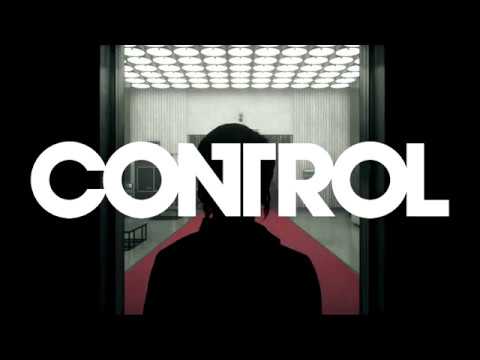 More seriously, to anyone interested in the atmosphere of Control (and a bit of Alan Wake), I can only recommend (and praise) the book House of Leaves by Mark Z. Danielewski. 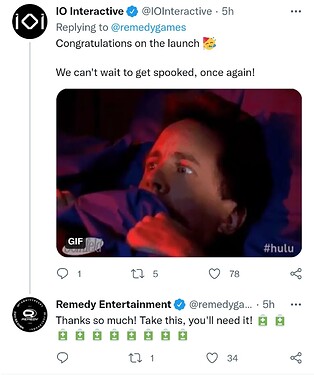 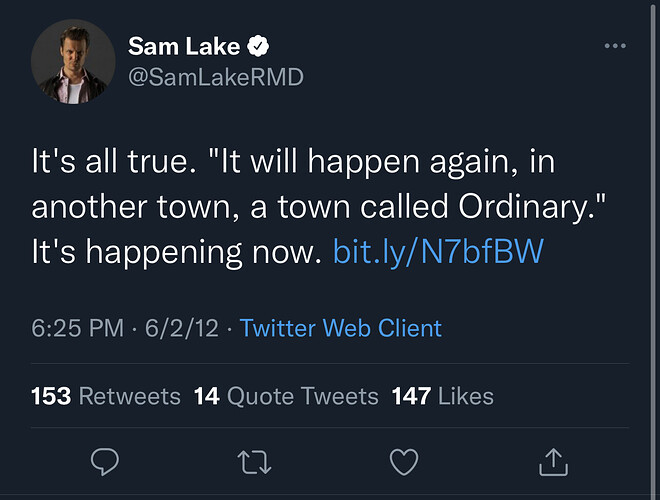 Hard to believe a game like Control was planned that far ahead, I mean that is from American Nightmare. Makes me wonder if that time travel game they made was a way to pass time until the tech needed for Control was developed.

Makes me wonder if that time travel game they made was a way to pass time until the tech needed for Control was developed.

Well, the original plan was to make Alan Wake 2, but after the initial pitch Microsoft just weren’t sold on it, they wanted something else.

So, Remedy made a more ambitious plan to make Quantum Break. A game with highly-detailed graphics and staying true to their “TV Series” inspirations, making a short live-action series that runs alongside the game. Something that could drive Xbox One sales (though I’m not sure if it did that well)
They still peppered in some AW Easter Eggs in it, so it was still in their mind, and I think there were some bread crumbs laid out for Control.
I think there’s a document you can find that details what “AWEs” are, something that was changed a bit and elaborated on in Control.

Also poor Quantum Break absolutely nobody remembers it and I can’t think of the name without thinking about Quantum Leap. I don’t even know if Control even references it at all but I know Alan Wake got a few in.

I don’t think it does… and that’s probably because of Microsoft.
Thankfully AW returned to Remedy before the game launched.

It’s been speculated that there’s some optional dialogue from Dylan who mentions a reference to a “hatch”, such as “Martin Hatch” from QB, but it’s debatable and too vague to nail down.

I don’t think it does… and that’s probably because of Microsoft.

True but then again I don’t think Microsoft would care if it got referenced. In fact I don’t think passing references are even anything that can be punished legally. If not Warner would be sued for The Big Bang Theory alone.

It’s been speculated that there’s some optional dialogue from Dylan who mentions a reference to a “hatch”, such as “Martin Hatch” from QB, but it’s debatable and too vague to nail down.

I am pretty sure you are right, it is a case of “My favourite colour is blue” right there. Then again if I remember correctly, Dylan also mentions some sort of universally constant entity in one of his monologues so it could be that since I remember Break dabbling in constants.

There is one direct reference to Quantum Break in Control, and it’s more an easter egg than anything.

To copy-paste the explanation from TV Tropes :

The Sankarin Tango (“Hero’s Tango”), sung by Ahti features a couple of Easter Eggs for previous Remedy games: the first verse is Alan Wake ("‘Once, I mistook a lake for an ocean,’ he recited the poem", paraphrasing the esoteric final line of the game), the second Quantum Break (“Time shatters, a shot echoes into eternity / he will never get a happy ending”), while the chorus is a meta reference to video games in general

Knowing what Ahti seemingly is, it might actually part of the canon, but very remote.

There is also a bunch of crossed references, like the name of a shared fictionnal band.
But they, and a bunch of other stuff as @TheChicken said, are more of a “Remedy Entertainment have a particular style and set of favourite tropes and conventions so they will pop up in all of their games”.