Discover the secrets of an old manor and uncover clues to solve the Thornbridge Mystery. Welcome to Dartmoor – a new location coming to HITMAN 3.

HITMAN 3’s second mission location takes you to a historical part of England known for its grassy meadows, rocky hilltops, winding rivers and dense wetlands. Dartmoor also has a reputation for myths, legends and mysteries – and Thornbridge Manor lives up to that!

The Thornbridge Mystery trailer focuses on just one of the Mission Stories available to players in Dartmoor. Besides playing detective and piecing the mystery together, you’ll have full freedom to explore and create your own plans.

Today, we’re focusing on the ‘murder mystery’ element of the mission because it’s unique and something we’ve always thought about doing ‘one day’. We’ve even talked about HITMAN games as a ‘reverse murder mystery’ in the past. Typically, a murder mystery tasks you with figuring out how someone has died, whereas in Hitman, you need to figure out how to kill someone. In HITMAN 3’s Dartmoor location, those worlds collide as you can take on the role of detective to solve a murder and eliminate your target. Two birds, one disguise. 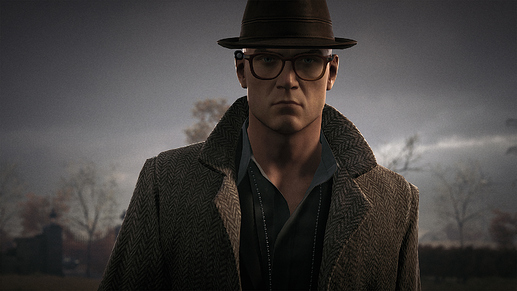 At the IOI Copenhagen office, we have a whiteboard dedicated to this mission. It’s sat near our writers and is full of post-its, scribbles and pieces of string that connect different pieces of information. It’s got way too many spoilers on it, so we can’t share it here but we’ll save some photos for another day. For a visual reference, think of the the wall you see at the end of the Colorado mission in HITMAN 1. This one.

To tell you more about what it’s like working on the Dartmoor location, here’s Nick Price, Lead Writer on HITMAN 3:

"HITMAN missions are very complicated affairs with plenty of moving parts and lots of characters you are able to interact with in a huge variety of ways. In Dartmoor’s murder mystery, we are dialing all of that up to 11.
Every member of the family is a possible suspect and it’s been quite the challenge to make sure everything doesn’t fall apart just because the player wants to play around. In fact, that sort of behaviour should be rewarded in a HITMAN game, so we have been working hard on making sure that depending on what a player discovers during their investigation, outcomes might differ. It’s going to be great fun to see how everyone tackles this particular problem next year.” 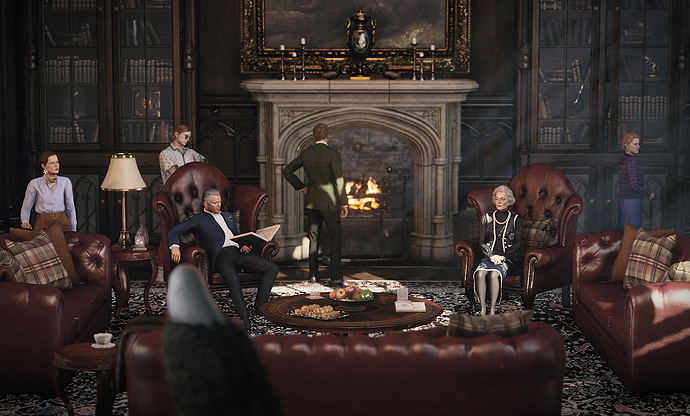 HITMAN 3 pre-orders are scheduled to go live later this month and we’re pleased to have an updated line-up of platforms. In January 2021, you’ll be able to play HITMAN 3 on PlayStation 5, PlayStation 4, Xbox Series X, Xbox One, Google Stadia and PC, where the game will be available exclusively via Epic Games Store for 12 months.

As an independent studio, our partnership with Epic has given us the freedom to create HITMAN 3 exactly as we imagined and self-publish the game to our players directly. It’s also important to us that we honour the time our existing PC players have spent in our previous games. 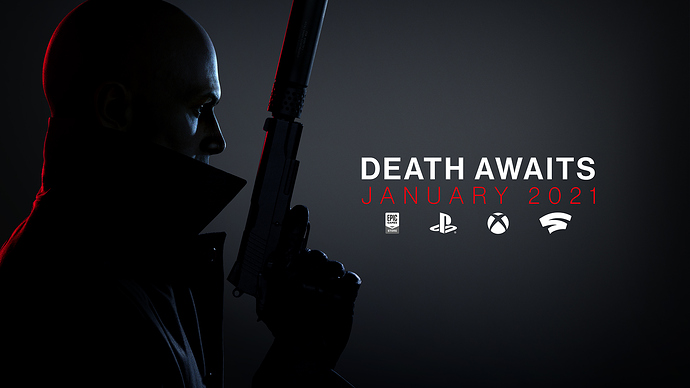 OMG! Love the secret passages – and I just hope it also includes the surrounding area of the manor.

Ha, the second image looks something like straight out of Clue, love it

A big day of news for us with a brand new trailer, detailing a new location - Dartmoor. We’ve also announced Epic as our PC partner and pre-orders are starting before the end of the month!

42 posts were merged into an existing topic: Hitman 3 is EXCLUSIVE on Epic Games Store for a year

Looks great! Looking forward to January 2021 when Hitman 3 is released 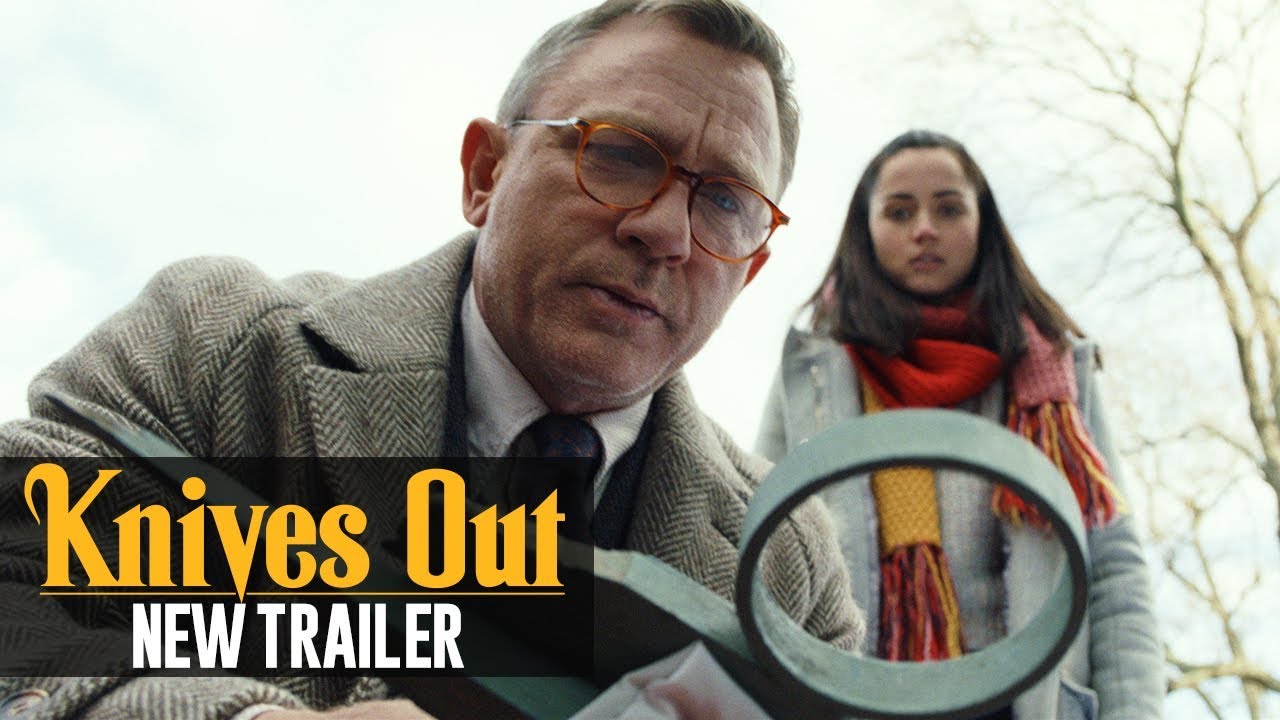 I love you for not sticking into one map until (close to) release just like you did with Miami.

I am very excited by this news. I have been really wanting an England map for years (considering the last time we had a proper British feeling map was in Contracts) and I’m loving the old fashioned murder mystrey feel to this one.

Whilst Dubai felt like more of the same, this location and setting has gotten me very very excited

If we ignore Epic exclusive news for a second, and talk about trailer, what the fuck was that?
This trailer did not excite me at all apart from trying to rejuvenate Beldingford manor.
The theme seems odd and not apt for 47.

Real nice, I think many people like me already expected a england mansion mission.

I’m curious how this ‘mystery murder’ plot is going to fit in H3? The trailer didn’t mention the partners or Providence at all

But I’m excited to see 47 come to England, I can judge it thoroughly

Didn’t get a real sense of the manor in the trailer, so I’m interested to see how it plays out. But I reckon it’s about Bank sized, as there don’t seem to be any exterior buildings

The trailer looks cool; I suspect the story mission will be cool, but not sure about the map as a whole. Is it just gonna be a lot of Butlers and guards? There’s gotta be something we’re not being shown for it to have that classic variety of the current games (Unless it’s low mastery?)

if Madam Carlisle is the old lady then that means I was pretty spot on.

Was dead wrong about another map being an incomplete Hyperborea complex tho, that ain’t happening

Yeah right? Doesn’t seem to be any security and the manor looks average sized

Also can people stop posting about the Epic Store? Make another thread for that

Edit: there is one

what are your thoughts? personally this news pissed me off so hard man, f*ck epic man, why would io do this?

Final post before I head for work: I reckon this isn’t going to be a huge map. I think this is going to be more on the scale of Whittleton Creek, with a mansion and some grounds, probably not a huge number of NPCs. Like a smaller Paris. Worth nothing they do say “target”, as in singular. So maybe just 1 target, but perhaps if you figure out who the murderer is, you can kill them too, like a side objective maybe, or just for an achievement perhaps.

So,Alexa Carlisle must be a target of this mission.