The new game from Arkane Studios, out May 21 for PS5 and PC. Also the reason I might get a PS5 sooner than I was planning.

More information is coming out (months ahead of release

Big in 2021: Deathloop leads our month-long exploration of the most anticipated games of the year

Some highlights that caught my attention:

“There is no time, per se. We didn’t want players to be inside a mission and then be super-stressed about the clock. The idea is that there are four periods of the day. You can choose to go to one of each of the four districts and spend as much time as you want there to explore and do various things. When you exit the district, it will move to the next period,” Bakaba continues, noting the cycle between morning, noon, and so on. “Deathloop is about making your investigation, following the different threads and leads at your leisure, at your own pace, and approaching the moment-to-moment as you want to.”

I had been wondering if this was the direction they were going. I know a lot of people who loved Prey really hated the sense of a ticking clock in Mooncrash (even though in practice it was very generous, especially as you gained more ways to manipulate it).

The phenomenon on Blackreef isn’t natural, but rather engineered by the Visionaries that run the AEON Program. Killing one of these marks doesn’t just get you one step closer to breaking the cycle; it also grants you new powers to assist you in your journey.

So the first time you kill each of the eight targets you get a new power. They also hint that at some point there will be a way to keep some or all of the weapons you acquire during a loop, but they don’t specify exactly what that entails.

Arkane is going to let you toggle PvP on or off, although it recommends that you set Julianna to be controlled by a mixture of AI and random players, that way you’ll get the ultimate mix of unpredictability and chaos. For those of you eager to step into the hunter’s role, Bakaba tells me that it isn’t an option at the outset of the game, but rather something you unlock as you put time on the clock. “At some point, you’ll have the ability to play as Julianna. Then you can go back to the main menu, and it is a separate option. The progression you make in the campaign, and the progression that you make as a hunter, are two separate things.”

I’m not normally interested in multiplayer aspects of single player games, but I’m kind of intrigued by this one.

can’t wait. arkane are so gosh darn good at what they do.

I’m not sure about this game, re-playing a mission again and again and again dosen’t sound fun to me, but I will keep an eye on this game when it is released, watch reviews and walkthroughs and make up my mind then, after all it is the guys behind Dishonored which I absolutely loved.

it looks like the same game for the fourth time in terms of mechanics. and without that steampunk(-esque) aesthetic of dishonored. not excited at all, tbh

you’re on a hitman forum

you’re on a hitman forum

Hahaha, true, but in Hitman we don’t have to… well to unlock items we do. But my point was, the story in Deadloop is about failing over and over and that dosen’t sound fun to me.

i know what you mean. have you ever played outer wilds?

have you ever played outer wilds?

yeah, it’s a time loop. each loop you learn more and open up the game world. it’s absolutely incredible game design, and i think arkane will deliver something in that ball park, but with more headshots. they are a supremely capable studio.

that is all i have to say.

Haven´t played Prey yet either (it´s in my backlog), but I´m pretty sure only the DLC (Mooncrash?) has a rogue-like/loop concept. The main game is basically a classic immersive sim from what people say.

Deathloop is one of the few other games I´m looking forward to this year (although yes, even I have certain doubts how fun will it be to basically spend the game trying to figure out a single level). I have faith in Arkane, but not so much in my PC´s ability to run the game

And I need a PS5, hopefully a new batch of PS5 will be here in Norway before May, I’m curious about Deathloop, so I will keep my eye on it, before and after it’s release

New trailer from today’s State of Play. I’m not sure I liked the song at first, but it’s kinda growing on me. 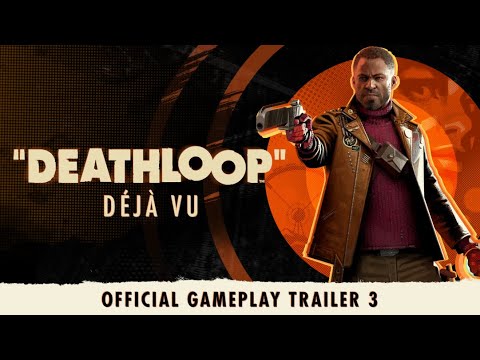 that trailer was shit hot. shame i don’t have a ps5

Yeah, I was hoping to get a PS5 this spring, but the way things are going it might be a while.

that has everything arkane are great at. can they do any wrong?

Deathloop, huh? This all sounds so familiar: freedom of approach, assassinations, targets, puzzles, environmental kills, and mastery through replayability?

I am going to LOVE this game. Seems like a fast paced Hitman with Arkane Studios’ stealth mechanics and multiplayer!

it’s how all the powers and systems interact that i want to see. when players get their hands on this, they are going to break this game in some extraordinary ways.