I have been thinking about the next roadmaps for a while. Is this one even called “December” Roadmap?

No one? Well Clemens probably do.

Will those simply change back to the form of “Month_X Roadmap” after transforming into “Season of Sin”? Something I liked about the “Season” was the relative content such as Sin inspired Featured Contracts or Elusive Targets. Curious to know what IO has in order.

Will they activate HITMAN 2 maps universally for more reactivated Elusive Targets like we had with HITMAN ones? That is a harder call. They have 5-7 maps to activate, depending if they have the will for the premium maps. If they did, that’d mean at least 7 more roadmaps. Or it could be no more new Elusive Targets, and two reactivations in a single month to shorten the period (Please no).

Will there be more free escalations from now that there is no more premium ones (As far as we know) like Deluxe and 7DS? We had an enormous amount of them in HITMAN’s content, Not so few of them in HITMAN 2 and now more or less nothing. I was not a fan of all of those Paris ones (AKA The Kotti Paradigm) but a few more of them sounds good to me. 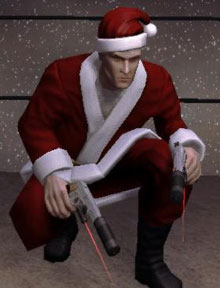 Finally, will the leaked content be released at some point? IO seemingly has been burning the candle at both ends for HITMAN III. Fingers crosses for that.

Will they activate HITMAN 2 maps universally for more reactivated Elusive Targets like we had with HITMAN ones? That is a harder call.

Actually, come to think of it, I do think it’s possible that at least the basic 5 maps of H2 (Miami to IoS. Hawk’s Bay is permanently free, I believe?) will join the free starter pack rotation of maps, along with their corresponding ETs.

So far, the only H2 ETs that have been brought back were the Stowaway and the Politician, which means with the exception of Mumbai, each map still has one ET to reactivate. Isle of Sgail is also the only map that has two actually different ETs with the Appraiser being not available in H3 yet. On the other hand, I don’t think there will be trouble to reactivate the Undying, because Sean Bean wasn’t portraying himself like Gary Busey did.

I’ll bet my entire life savings on Holiday Hoarders coming back, but being marketed as a surprise.

I don’t think there will be trouble to reactivate the Undying, because Sean Bean wasn’t portraying himself like Gary Busey did.

Image rights are still very much a thing.

Based on previous roadmaps, the December roadmap would probably contain these features:

Other contents? Because there is no more 7DS content, the roadmap appears lighter than previous one. Real new contents is probably saved for next year (January 2022) and maybe 1 or 2 escalations (on H3 maps) would take the place.
Can we expect the release of legacy escalations (present in H1 but not in H2/3) in the future? I don’t know. But it could be a good opportunity for IOI to get some “contents”. This way, they can save time for development of new contents in 2022.

I want a reindeer or elf explosive.

Image rights are usually time limited in some manner, and in this case it’s per-game. IOI would very likely need to relicense the use of his likeness and any audio for it to be publically released again.

Mmmm i guess we get a classic boring xmas roadmap, with new ET and a reactivated one and of course: Holiday Hoarders, featured contracts + devs contracts and one escalation? BTW i guess we will probably have an interesting IOI monthly with some tease or revelation… I’m pretty sure that we will get 2 new locations and some Bonus Missions + Premium Escalation across the steam release.

This way, IOI gets enough time to develop a new Christmas-themed mission (I don’t expect something huge, but a small variation of a H3 map like HSF was for H2).

If anything new, I would expect Dartmoor to be the Map given has been the most spruced up map so far from DGS, Wrath and Sloth so likely one of the easier ones to change. Plus they have the models for a Christmas tree and decorations from Holiday Hoarders which would look great with Dartmoor during the Night compared to most other H3 maps.

I don’t think that we know the legal framework behind the use of Sean Bean likeness and voice line. After all during the same time frame he made the narration for Civilization VI, so I wouldn’t be surprised if the Undying comes back (again, again).
The Gary Busey Elusive Target was a limited from the start cross promotional event, and to add more I think it was confirmed that the deal was made (and still is) under the legal supervision of Square Enix.

Otherwise I guess we will have the usual on content release per week.

I could see the Explosive Pen and Lil’ Flashy becoming challenge unlock to go with a gift giving/Christmas theme. They are also currently unavailable for Hitman III only users.

If I wanted to be mean I would remind myself that there is an eighth deadly sins in Orthodox theology : hopelessness/despair.

So be ready for the season of Despair ! Tagline : expect nothing

(more seriously I think we could have some happy surprises soon, maybe not next roadmap, but I also think that we are in the “calm before let’s have some rest” period, awaiting for either the one year anniversary, a GOTY or the still speculation of a steam release)

This all depends on whether we get a December roadmap at all, or if there’s a hiatus until whatever content we get until the Steam release in January…

But… yeah, we’re definitely getting a December roadmap.

Holiday Hoarders has yet to release, and while they’ve just used Hokkaido as a free location, I can see them extending or reactivating it for a bit for the Hokkaido Snow Festival, which could come at the same time.

As for Hitman 2 reactivation, I don’t see us getting into Miami until January. New year, new slate of free content, IMO, and a sunny summer assassination of The Undying (which I bet there’s a clause in their contract this time to use him again, unlike Gary Busey) would fit better outside of December.

Other than that… hopefully a new free escalation again for December and I don’t see what else we could get.

After all during the same time frame he made the narration for Civilization VI, so I wouldn’t be surprised if the Undying comes back (again, again).

…Uh…what? That’s an entirely separate game with an entirely separate deal. It’s not an issue of “Sean bean can only appear in one game at a time” it’s “Sean Bean is expensive and his deal is game-specific”. Hitman 2 and Hitman 3 are two separate entries legally speaking, and I don’t think IOI are forward-thinking enough to make his likeness be in any future games in perpetuity for the franchise.

I want him to appear again, but I suspect he’s gonna be expensive to relicense, if they have to at all that is. Celebrity voice actors are rather like Music Licenses. They’re expensive, nobody wants to pay them, and yet everyone wants to hear the content of it.

This is a long shot but what if we got a new ET in Miami?

Long shot indeed, but if we can’t get Sean Bean, that’d be the next best thing.

Doubly so, since if their work on H3 Elusives are of any indication, they’ll have great dialogue work done, and/or routing and level design additions.

Just do the special objects from Holiday Hoarders usable in the rest of the maps. 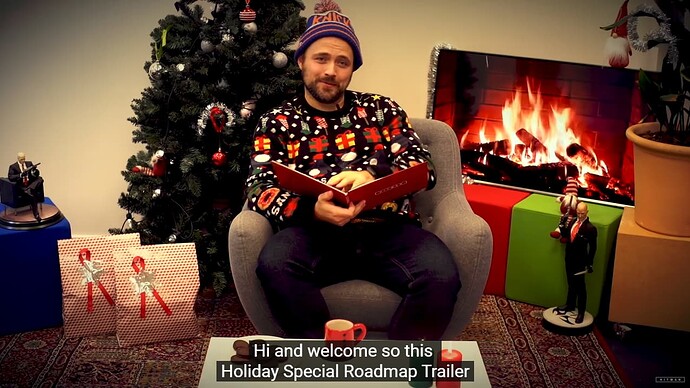 Clemens has the potential to be a Santa (those in malls and stuff) in his 50s.

I don’t know if this is the best place to post this, but while we wait for the december roadmap the IO Interactive store is already gearing up for the Holidays season with a new collection.

Amongst the new print design is a brand new variant of the silverballers : the YuleBaller ! 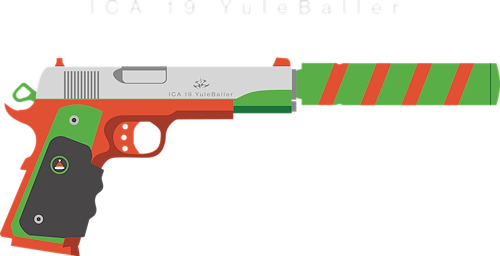 (not an actual item, certainly just a fun jokey design, but who knows…)