Desperados III - "One of the Best Stealth Games in Years"

It appears to be an even better Hitman-esque stealth game using their signature top-down diorama.

This time it is of little miniature cowboys instead of mini ninjas.

Metacritic ranking so far is ~85%

Anyone else excited to get this one? 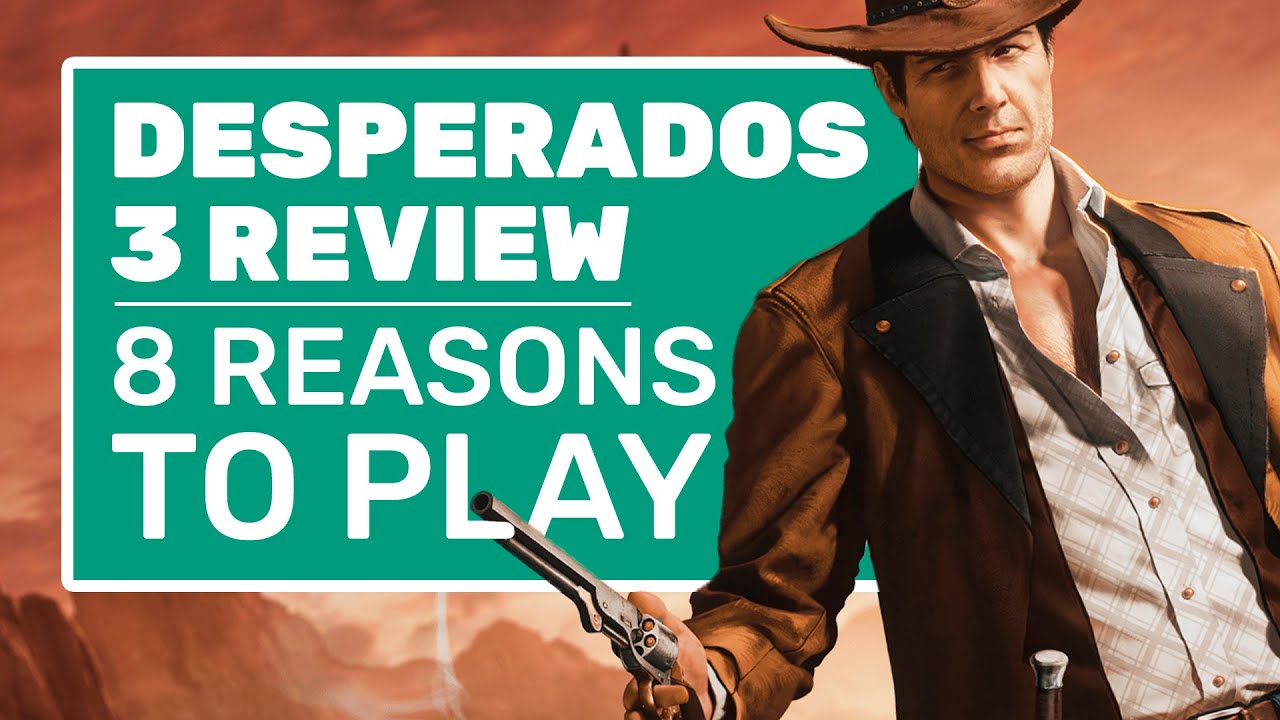 I’ll buy it today. i pre ordered via Amazon but they wanted to ship it to me on Friday? lmao fuck this, i canceled the order.

I loved the old Commandos Games and Desperados 1 and 2, so I’m really looking forward to play this!

Started playing it last night through GOG Galaxy. Runs smoothly on a non-exceptional system and stays very true to its roots. This game is a dream come true.

I don’t understand how this game can be played with a controller/console though. Not even going to try it. I just feel lucky that my laptop seems to be able to handle it.

I have to play this. I love Desperados and Commandos

Loved Commandos (only played the 1998 version). Desperados looks pretty good. Will give it a try sometime.

Shadow tactics was really awesome. Is this very similar in gameplay?
I did not really enjoy the old Desperados besides the great atmosphere. It seemed to rely too much on gunning people down, as opposed to stealth. I prefer Shadow tactics approach.

don’t understand how this game can be played with a controller/console though. Not even going to try it.

i just did the tutorial and finished the first Mission, i have to say that it works really well with only a Controller.

Bought it yesterday and just finished Mission 5. Really enjoying it so far.

It’s different than the previous games and more similar to Shadow Tactics, but that’s not really an issue for me. Hopefully they’ll make another one that’s a sequel instead of a prequel. Would be nice to see Sanchez and Sam again.

Very keen to play this but I still need to finish Shadow Tactics. I got to the penultimate mission and just stopped playing it for some reason. It’s still installed so I may as well tackle it during this Covid downtime.

Would you say that the PS4 or XBOX ONE version is just as easy to work with as a PC with mouse and keyboard?

I got to the penultimate mission and just stopped playing it for some reason.

I was in a similar situation, only the “some reason” was more specifically linked to a seppuku I found particularly hard to stomach.

Yeah, but I played several missions after that because I wanted to see the conclusion to the story – But never did. Time to get back on that horse I reckon. I can’t play Desperados until I finish this.

i havent played this game on PC so i dont have a true comparison, but i feel like they really put thought into mapping the controls onto the Controller. After the tutorial and halfway through the first mission it was programmed in my brain.

Anybody happen to know if there’s a way to get rid of the green tinge that selected characters get?

Also does anybody know how to disable the guard house information where a pop up shows how many guards are called if alarmed? It was quite obstructive in e.g. the mission 3 funhouse.

Picked it up today. Can’t wait to give it a go when I get back from work

Quinn, I did the same thing.

I got to some of the few mission and I put Shadow Tactics down for most of a year. I found that some of the last few missions were getting complex and the developers were presenting you with fewer numbers of ways to get past certain areas.

I eventually hundred percent-ed the complete game collecting all the badges. The speed-running of some of the missions was tricky and I needed hints from others doing speedruns.

Shadow Tactics was an excellent game overall though – I am going to savor Desperados III. I will get my money out of it.

Commandos 2 was a classic which was loved by so many. I don’t why there was a gap of a dozen years before Shadow Tactics.

I played Shadow Tactics with a mouse and keyboard on a laptop where it appeared best for quick-key fast moves and mouse clicks on anywhere on the map, required for a real-time tactics game.

I prefer a PS4 controller in front of a TV, but I will only go for the PS4 version if nothing is lost in terms of ease of use compared to a mouse and keyboard.

I’m about halfway through this one on Xbox, came here because I knew you guys would be posting about it. What a fun game! I passed on Shadow Tactics because of the overhead viewpoint, but now I see that was a mistake. I’ll have to get that one when I finish D3.

I always feel like I should be able to come up with some better strategies using Showdown mode, some choreographed heist sequence that looks really cool. Sadly, I usually just gut two guards at the same time on opposite sides of the area, then get caught trying to hide the bodies…

One of the reviews I read recommended the X1 with controller over the PC, I usually play strategy games with K&M but I really like the controller on the bigscreen TV.

My laptop had difficulties with the more crowded levels so I caved and I got the Xbox version after all. Really surprised of how good controls work! Only downside is when you’re speedrunning. Shadow Mode helps, but it’s difficult to have one character do one thing while the other does something else on console, because the way a character runs you are basically stuck controlling that character or else he stops, while on PC you can switch to another character while the original character is still running.
Minor thing really, everything else works beautifully.