Doubt about the transfer of progress in hitman3

We don’t know yet.

I know that from PS4 to PS5, there is no problem in the transfer

That is new to me, where did you hear this? So far we can only be sure of the exact same system.

Thank you @Urber.
I guess we’ll have to wait a little longer to find out more details about how the transfer works.
I have expressed myself badly. I believe that the most logical thing for this system of transference is that it works correctly between the same systems

Its entirely unconfirmed, but it’s possible that progress may be saved to your IOI account. Only time will tell

Now we can’t share the game between platforms.
I don’t think something will be changed to this in HITMAN 3.

Most likely we won’t be able to transfer any progress between platforms.
If you want to play HITMAN 3 on PC, probably you will have start from the very scratch

Progress doesnt necessarily mean the game itself. Destiny 2 has cross-save so that any progress can be used on other platforms. If I’m not mistaken, Battlefield 3 and 4 also work the same way.

But we are talking about HITMAN

Yes, I know, but it would work the same way. I’m just using those games as examples.

Something to add to my previous comment, my personal opinion is that there should be no issue with current-gen to next-gen transfer, like PS4 to PS5.

User progress is likely the same filetype across the systems on IO’s servers. If that is true any transfer would be possible.

But this is also a matter of interest for Sony and Microsoft which is also in our way for contract cross-platform. Sony wants you to play on Sony products, and vice versa.

But Sony wants you to buy the new console. And if IO asks them if they are allowed to port progress from PS4 to PS5, I cannot imagine them saying “no”.

But that is just my speculation.

Playing the entire trilogy from beginning to end, from within HITMAN 3, also means that the progression systems in HITMAN 3 work across all locations.

To me this reads that all locations are playable in Hitman 3, with all item unlocks transferred over to the new game.

I remember when Hitman 2 was in preorder phrase Hitman 2 was “the central hub for all locations in the World of Assassination world”. It may not seem like that now, considering that a new game is announced.

It seems that people are not sure if locations or items transfer over, which is fine to believe. It’s too early to tell. But we should expect realistic stuff, starting with what IOI is advertising.

With IOI announcement statement there is no doubt that:

The author is worried if he can send his progress from PS4 to PC.
At this moment it’s impossible and hardly will be possible in HITMAN 3

To celebrate the progress transfer, I decided to finally unlock the arctic sniper rifle in Siberia 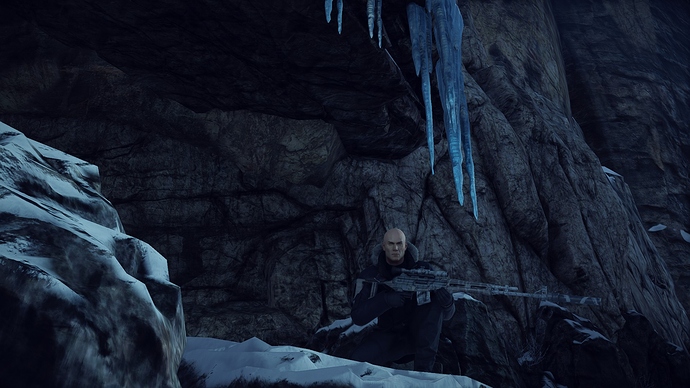