My contract - The New Yorkian Bunny - was featured and I am over the moon about it. I am looking forward to see peoples runs, as I have something in mind for how it “should” be played.

I know New York veterans might know what I am talking about, but lets see how people tackle it.

Which contracts were featured?
Also congrats on the featured contract!!

Only two contracts look interesting. The rest were invented on the go. And congratulations that your contract got into the favorites!

All the featured ones

Only played new yorkian bunny and i thought it was bad

@Crewdy was featured!!! Great job xbox gang for getting two (?) featured.
At least I know there was one good one. I get a bad vibe from Saving Easter though. Could’ve sworn that one’s some emetic business like the Dartmoor Garden Massacre
Nevermind, it was the one with the mishmash of kill methods. Levy’s one looks nice though

My contract(that Berlin one) got featured? Actually I even not have a strategy for those targets I marked,just find 5 NPCs that I think ez to kill and submit it lol
(Btw,that picture is taken in the club inside,from the Berlin Egg Hunt Escalation) 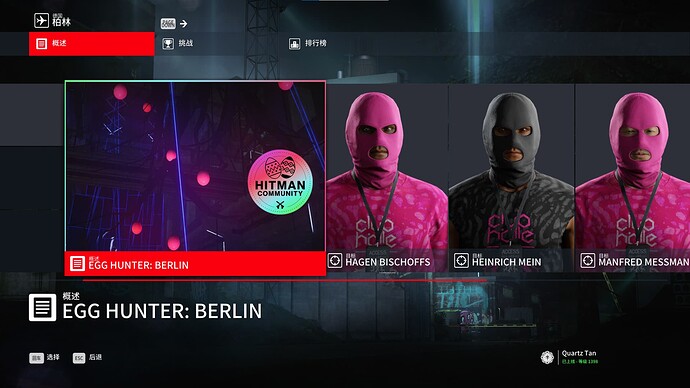 I love how members get their personal contracts added to the game, so I know who to yell at!

I know who to yell at!

Feel free to yell at me and give feedback

My Run of The Great Filigree Egg Heist By @Crewdy Congrats to those who got featured. Unfortunately I missed the entire submission period as I was out-of-town.

I look forward to playing these over the Easter Weekend.

lets goooooo resurrection was mine

My man Zebulaus got his contract featured somehow after me telling him to make one on stream nice!

Kinda bittersweet that mine didn’t get featured. Given the method, no telling how many people would be complaining about it. I guess they had enough (2) ‘trolly’ contracts already.

Edit: Sees post below mine… Make that 3 if that was the intended way.

Run of The New Yorkian Bunny by Redfox in 1 minute HYPE! So happy that I got featured.

Anyone who knows me knows that I don’t just throw contracts together on the fly, and being the first one I’ve made for over a month I wanted to pick my targets carefully. I hope everyone likes the contract!

My Run of The Great Filigree Egg Heist By @Crewdy

Good stuff as always! Not too dissimilar to my expected run when I was planning it out.

Disappointed I didn’t get picked, but congrats to all of those who did. I look forward to playing your contracts.

Man and here I was all excited to find out how to do that Contract quickly, only to find out that the intented solution is to shoot through a poster that doesn’t have any collision for some reason, kind of a shame ahah