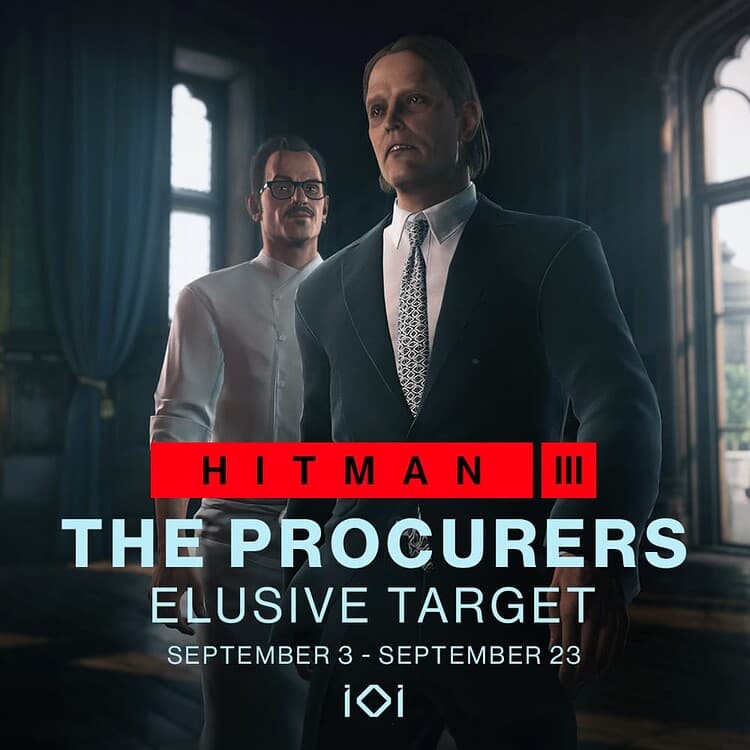 (23th on the picture is a mistake on IO’s side)

A post was merged into an existing topic: Hitman 3 Elusive Target Leaks

Y’ll are posting the briefing too early. Briefing of a new upcoming ET is still considered a leak.

Sorry, thought it was posted on Hitman yt. Hard to determine on phone.

As far as I remember, they never officially release it until the ET goes live.

These guys look fun to draw 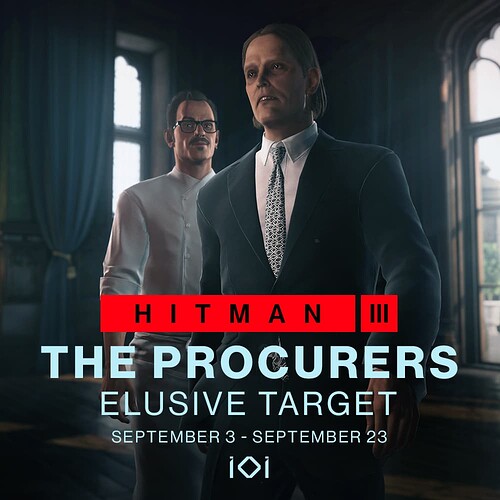 The September 23rd end is wrong and is on IOI’s end it should be the 13th.

From what I saw at the roadmap’s video, definetly that these 2 are cannibals. Clemens really implied that a lot and why else to show a chef and his embalmer partner at and so close to the morgues of both Hokkaido and Sapienza.

With the amount of dialogue and occasional added scripting IOI brings to their Hitman 3 ETs, I’m very excited for this first double-target elusive in H3. Hoping for lots of dark irony.
The Carlisles need a better vetting process for Chefs, it seems…

This one looks pretty interesting.

In all honesty, this ET is Contracts levels of messed up and I love it so far!

With 18 hours left until Procurers goes live, it’s that time again where I ask how you’ve thought about handling this ET?

After being required to KO an NPC in The Entertainer to get the guestlist, I’ll finally be back on my ‘SASO No KO No Emetics Fiber Wire’ series.
I think I’ll have to come up with something risky for this one seeing as both look to be inside the manor. There is always a way.

And it’s that time again to share some amazing fanart.
From @Khakiasp 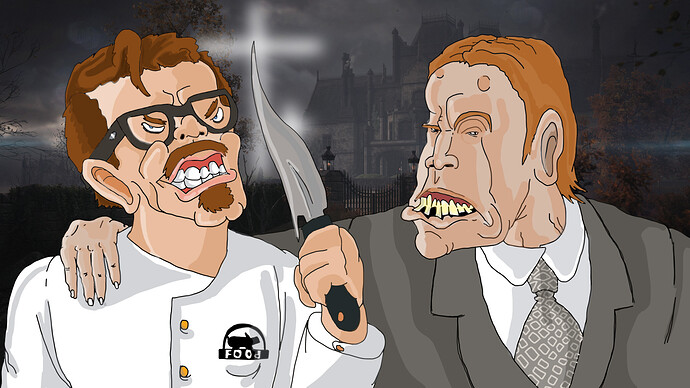 I want to go “slit and hide” on them, presuming there is scalpel - I will kill each one of them with their signature melee weapon (which would be knife and scalpel) and hide their bodies. It’s not very original, but I have no idea what I could do with them when I don’t know location well.
Also, that pic looks like it could use some meme caption with obvious bri’sh “people” joke.

Also, that pic looks like it could use some meme caption with obvious bri’sh “people” joke.

This is a Christian thread sir. We don’t use words like f’ck or s’it or B’t’sh here.

the procurers will be part one of Khakiasp’s Cooky Cookbook this gluttonous season, with them i’ll be able to make a delicious cannibal mush stew A.K.A crushing both under the same chandelier

An art collector and serial killer lying about his credentials.
Two cannibals.
The one man and assassin that needs to just not be there.

Alexa Carlisle and the Carlisle Manor. The head and birthplace of Providence everyone !

Can’t wait for this!

Well, this is my first failed ET. And the worst part is, it was for the stupidest reason.

I started in the security outfit, knocked out the waiter there, took his disguise, lured Jack Roe out to the empty room, killed him, and picked up his cigarettes.

I then tried killing Robert Burk with a cigarette explosion. The maid out there almost saw me, I quickly panicked, Robert Burk started smoking, and as soon as I was in the doorway, the lamp exploded and it killed me

At least I got the challenge for killing both of them I guess.

This seems like a well thought out ET. Good use of some new NPC positioning and enforcers, good NPC routing and interesting targets.

I failed though because I got spotted whilst testing out a route and got almost instantly gunned down by a mob of bodyguards. I didn’t shut down my Xbox in time to start again.

And on that note I will add my voice to the “1-time only missions can absolutely do one” crew. Such a horrendously stupid idea, especially when you have one that is genuinely interesting with lots of different potential approaches and really good replayability.