Those aprons are the real targets in this mission. I must eliminate all those eyesores by hiding them in clothing bags.

So I replayed The Stowaway in the arcade and I actually let him change his clothes and go on his second route. I don’t know why he starts disguised as a waiter when the ARK-itecht disguise is much more powerful. It’s cool that he actually has dialogue with the people upstairs and interesting that they actually put people in the room that’s empty in the main mission where you can easily isolate Sophia and the Constant. His attempts to blend in are pretty funny too. However, it’s weird they put so much effort into the upstairs section cause Jimmy Chen isolates himself for an easy kill when he goes to change outfits

Such a clean cinematic run… 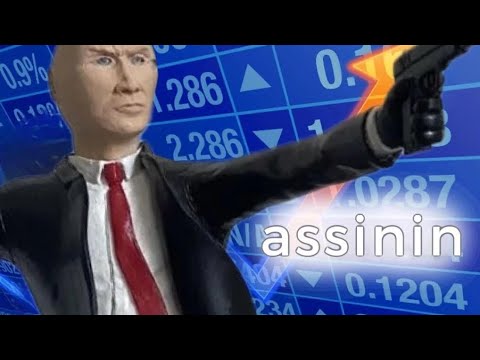 For anyone that has already completed the ET, is now showing for you as “Previously Eliminated” instead of just “eliminated”? It’s showing like this for me on both Steam and PlayStation. The game has decided to treat it like a reactivation all of a sudden.

Yes, it does it for me too

Same here. I never played Year 1 Stowaway, so I don’t really understand why they would label it like that. Maybe they’re gonna change some things about ETs in the following months?

This is the only way I have found so far if you want to do it SASO, No Loadout, No KO, No Distract.
Please let me know if any of you have done it differently. Arrgghh The Entertainer! Don’ t get me started. It took me forever to do SASO, No Loadout, No Subdue, No Distract
You can see it here (from 11:43): @Syndicator what do you mean by No Disctract?
No distract anyone or no distract only a target?

How can you say no knockout when you did knock people out?

Hooray! My first Silent Assassin for an elusive target in a while! I did restart it quite a few times but I finally got him in a satisfying way! 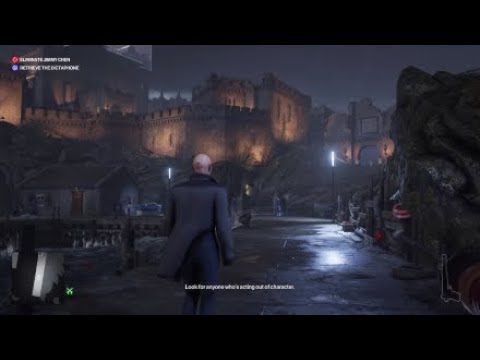 I do believe thats the only way to get the tablet

Well, I try not to knock out anyone at any point to be honest. But sometimes you have to to get an item from them. For that I have to use a concussion from an explosion which you could say is a knock out - but it still gives you silent assassin even if the body is found.
The only reason I use it here is because I haven’t found another way to complete the mission without it.
Since you ask, perhaps you have found a way to do it that you could share with me? I would love to know if there is.

By ‘No Distract’ I mean that I try not to use throwing stuff, placing coins or bullets as a distraction. I also try not to use distraction like a generator or fusebox unless it has a secondary purpose such as trickering a story or NPC action (like turning on the sprinklers to make a pool for electricution). I also don’t use shooting guards from a distance to break their enforcer AI to gain access somewhere.
As a rule of thumb I just try to see if I can complete the missions with as little aid as possible and try not to leave any signs of me being there. That is also why I do ‘no loadout’ and sometimes even return items to locations I got them from.
It basically just me having fun with the game the way I think it makes sense to me. Thats it

No, I agree that you have to knock her out to get the tablet, but that also negates the “no knockout” strategy. I have no issue with the way you did the mission at all. I only think you should remove the “no knockout” label. On further viewing, you actually knock out more than just that one person too. There is at least a second person that is knocked out by the falling chandelier. 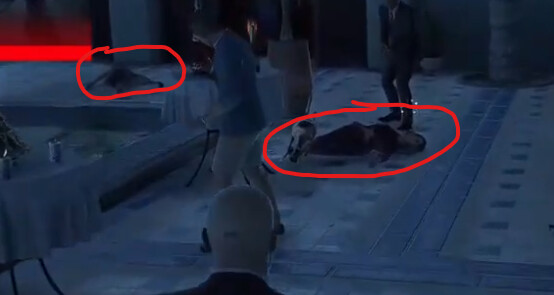 I went for the simplest tactic since i had a small window to play him.
I’m a Sieker lover but though i had to restart so many times since i couldn’t shoot him properly in the art gallery: i thought at first i was a terrible at aiming but really i couldn’t shoot him for some reason. Ah well, i finally used the remote vomit bomb (i don’t know the proper name) and drowned him. Quick and easy. Since i’m not very meticulous when it comes to leaving the scene, the body is found every single time even if i waited before opening the door of the toilets. First time SA playing this ET. Next!

(i don’t know the proper name

I’m ashamed of myself for laughing

. The name certainly hasn’t the same class as our favourite bald man. Now i’m picturing him using it on himself. Well done.

Well i sadly cannot find the image @47Agent made a while back about it but that will certainly make you laugh!