i just fart boxed him and shot the Molotov with a sieker to kill him.

So, that window that I described doesn’t have a far enough a fall to kill the target, and I wasn’t in the mood to fiber wire after all, so I just lured him to a storage room with a bin and shot him to be done with it.

However, in the course of trying to do it, I found a means to use the emetic briefcase at a certain point that will send him to the same edge overlooking the ocean that Jebediah Block goes to if you put rat poison in his drink. For Arcade or any future releases of this ET, I’ll send him there and kick him off.

I get the impression that the mission designers at IOI for this one really hate suit only runs. The location of the target and the relentless routing of NPCs in the vicinity made this quite a challenge. I spent a long time trying to find a smooth(ish) route that didn’t require any knock-outs or emetics. The final run could have been smoother, but I was happy with the end result. 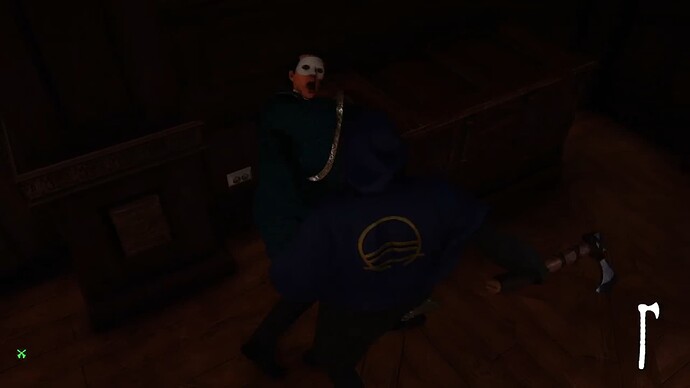 I axed him and he was very surprised by that (I isolated the room where he keeps on going like ‘oh someone is still here’ and killed him there).
Surpisingly fun ET.

I found Isle of Sgail to be the hardest Suit only in the trilogy in general. Then again, SO is (except for those few main mission challenges) not a part of Hitman gameplay or design, so I find it totally okay if not every mission has a specific SO path

Disguises add a refreshing dynamic to Hitman, but suit only (and fibre wire) are still considered to be 47’s signature kill method. This is why suit only is part of the “classics” challenges. Although not a requirement, suit only runs will always remain a “badge of honour” for many of us.

Yes yes, I did not want to neglect SO runs, just wanted to say that I understand why they might not be an important rule in target creation

Warning: Do NOT eliminate Jimmy Chen with the Iron Maiden!
It was all going well… 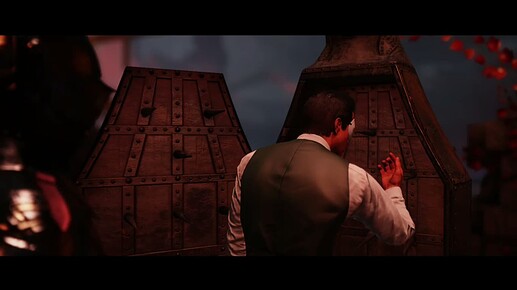 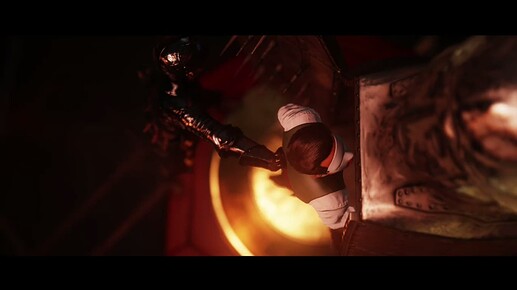 Until I realised the fatal flaw in my plan… the dictaphone had disappeared. 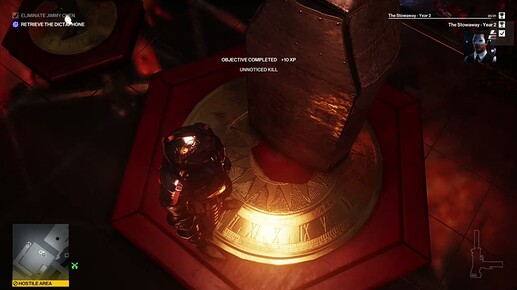 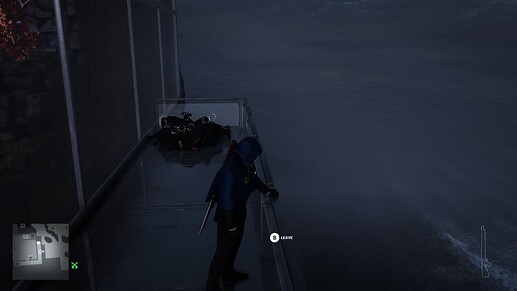 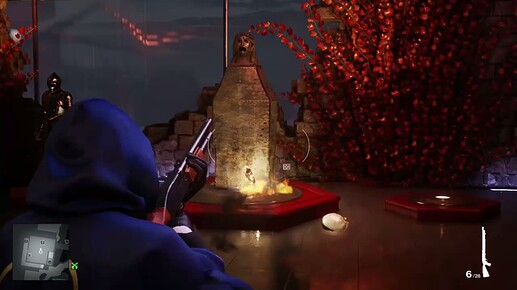 5- I tried everything..1366×768 61.6 KB
But to no avail… may this tale of woe and misfortune be a warning to those who mess with the natural order, and do things no-one at IO would dare do. 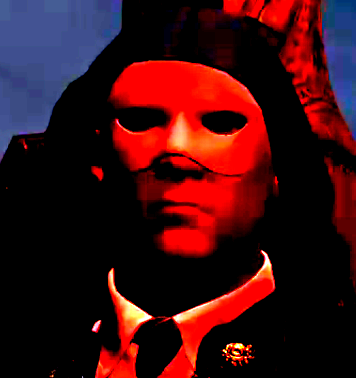 Interesting that the stuff he’s carrying disappears but the stuff Ms. Washington was carrying is still present.

One of the coins he picked up was interactable but invisible and floating where he stood, for some reason.

lol. well even if it bugged it that takes a lot of skill to take him there to it.

That’s unfortunate. However, a player of this community, @theWizard, did it time ago, and he collected the dictaphone BEFORE killing the target with the iron maiden, by sedating him with a kalmer shot. You can see it at 5:05 on the related video. However, sorry for you mate, it’s frustrating to doing such elaborate kill, but then everything is ruined for some obscure bullshit by this game.

No, fair enough, I should have anticipated that it would be slightly difficult to grab something trapped inside something specifically designed to keep whatever’s in it from ever leaving again, although that logic doesn’t apply to 47 telekinetically taking disguises from bodies in boxes.

Normally, Npc still drop the stuff they’re carrying after a subdue, but even after a push from a cliff. I don’t understand why in this case, the dictaphone is lost. Surely this is a glitch.

I remember something similar appens in the Blackmailer too: if you use the light rig to kill him, you can’t collect his USB key from the stage.

Yes i and Kensington were actually on about that in a Xbox message!

I mean, you can’t access the catwalk if you drop the light rig on it, so that makes a bit more sense. I just hate the “pick this item off the target” objectives. All they do is limit how you can kill them. If you’re meleeing them, it doesn’t actually add any challenge. I prefer it when the item is disconnected to them, but they’ll occasionally check on it, like Miranda Jamison or Howard Moxon.

TBH these “get the target’s doodad” extra objectives are more tedious than interesting. Unlike extra targets, items generally don’t move around so it’s the same thing everytime. This one in particular is completely useless since you can just pick it up from where he died. Reminds me of that House built on Sand run where I tried to understand for like 20 minutes why the game wouldn’t let me leave by the doors even though I had a crowbar, while I simply forgot to pick up Mendola’s papers -_-

I definitely agree there. The only exception, IMO, is the Entertainer, were you need to Ko that lady for retrieve the list.

And, better not to talk about the fixer…

Totally agree. One major aspect of an ET is the puzzle of tracking them down. An item objective should add another puzzle aspect of finding/retrieving the item, it feels like wasted potential to have the target carrying the item itself. My favorite ET with an item is The Collector, where the painting is separate from the target but if you take him out he’ll drop a hobby knife and a hint where the painting is to help you get it.

I think the only purpose of having the item on the target is to ensure that you have to physically go where the target is. It avoids sniper or other long-distance methods and forces (or tries to at least) a close-quarters method.