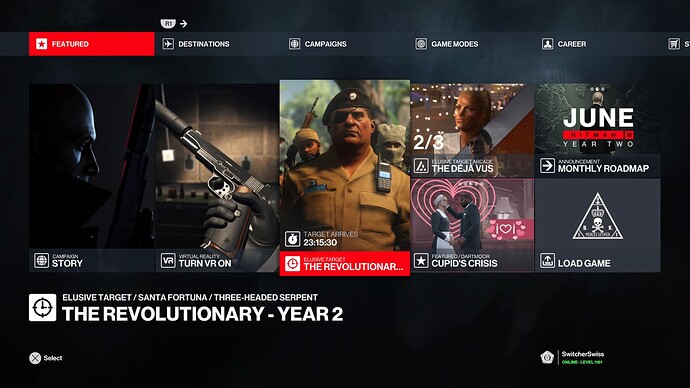 Less than 24 hours until we get to kill him again, and this is before we even got July Roadmap.

@47Agent god of the memes shall bless us with another Vicente meme.

yeah 47Agent where are you my friend

Him again??! How many times is it now? Ah, well, I suppose this may be part of the Live Team’s strategy to try and allow more players to unlock the remaining ET suits. However, the fact that this has been added to the game may just suggest that there could be a new roadmap today…I bloody hope so!

Him again??! How many times is it now?

This is the fourth time The Revolutionary has appeared. The Politician has appeared 5 times and The Appraiser has also appeared 4 times so far but people for some reason don’t complain as much about those.

Those are more fun. While I like the Revolutionary for the background and reasons for the contract, and for the simplicity, it’s not a very fun ET, so to have it appear multiple times on top of being tedious makes it a greater offender.

Thanks for the clarification. Personally, doing the Revolutionary was more of a hassle than the Politician or the Appraiser for me. I prefer the Isle of Sgail than Santa Fortuna and the SA strategy I have for the Politician is really easy.

More importantly, this is the first time he appears in the “real” Elusive Target mode.

I know that it’s a meme that he is always used.

But we were promised in spring that the Live Team was going to work towards giving an opportunity to unlock the missing location suits.
Last month was the Censor, for the Suburban Outfit. And, well, the revolutionary is the only colombian ET.

Personally I’ve been waiting for a way to unlock the Casual Tourist since the game released in 2021. After him, the only suit left in Hitman 3 will be the miami one. Which I imagine will arrive with some summer themed challenge / new content in august (or this month, who knows), since the Undying is out.

This guy has played “eight hundred times” at least, and even got tired of being beaten. Fortunately, this is the first time it appears in the elusive target, a strategy that allows players to unlock the remaining Et suits

I think revolutionaries are relatively simple, unlike ETA, they have restrictions and there are many ways to kill. By contrast, I still like hard-to-find targets. Some of the restrictions in the ETA are disgusting. i don’t want to touch it at all

I definitely understand that! Some of the complications in ET Arcade are indeed terrible, which significantly impedes on the majority of our own enjoyments playing these missions. HITMAN seems to be focused centrally on a sandbox game and I feel complications (the mandatory ones) are the absolute opposite of that. Anyway, I don’t want to get too off-topic.

Tomorrow, I’ll probably go for a poison kill, or maybe a drowning if I know which toilet he’ll go to.

or maybe a drowning if I know which toilet he’ll go to.

The only things nearby any of his 3 random spawning locations are bins. You could probably try making other NPCs sick first so they take those bins so he’ll go to maybe… The outhouse behind the hippie’s (whatever) room. And that’s if he spawns in that 2nd floor room that’s on the same street as the bus stop.

The other 2 spawn locations… He could probably make his way to the cantina’s bathroom - again, after making other NPCs sick so they take the nearest bins. Or, if he’s by the pier… That one might be much harder since anyone might just barf off the side into the water. You’re probably better off restarting if that’s the case.

Well, that was simple enough.
I even got lucky on the ET random location, the best one for the strategy at the first launch (you know the one). 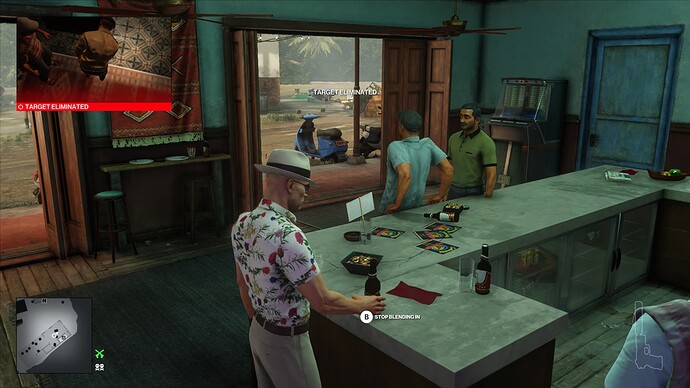 Took a guard disguise. Poisonned his drink while he was on the balcony. Ran back to change back clothes, I was not taking my chances with the enforcers.

And then went back to the bar, had a cold pint, and waited for all of this to blow over. 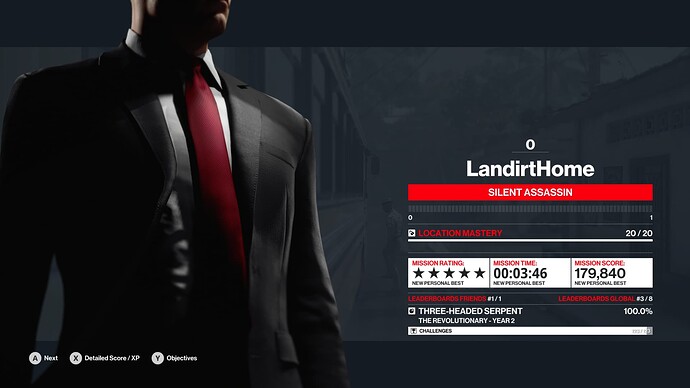 And finally, my suit collection is one short to completed. 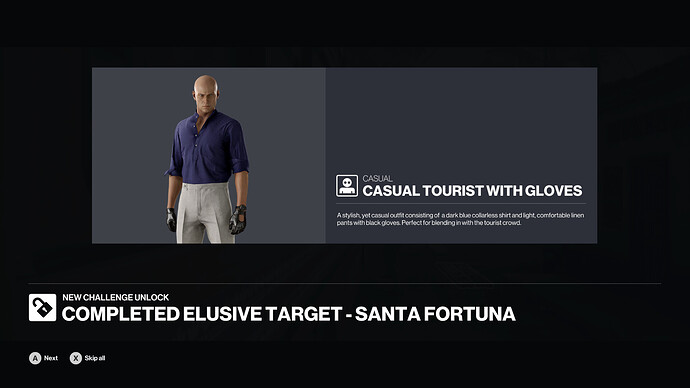 Thank you very much for your information!

Eh, it’s the cycle of life.

How’d he get there? The gun lure trick? I put most of his nearby bodyguards in the room that has a radio in it, then had the camera guy go fetch a roving guard to report a lost gun, then I subdued Murillo, and dumped him out the window.

Was it overly complicated? Sure. Was it a little different? Thankfully.

All done in a cartel member disguise. It’d be nice if there was an opportunity to use the cocaine.

@47Agent god of the memes shall bless us with another Vicente meme.

yeah 47Agent where are you my friend 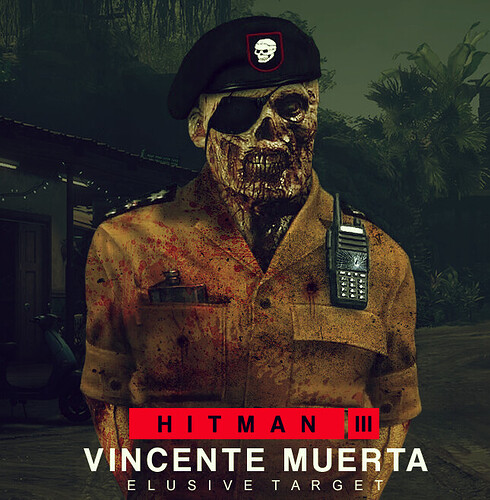