In the scheme of things (and likely mentally), barely older than you. 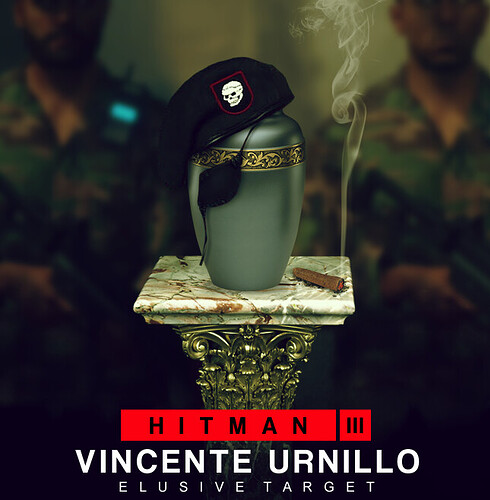 Sounds like a challenge to kill him via fire accidente.

I don’t usually go for fiber wire kills for Elusives. Too risky. But considering the amount of times I’ve killed Vicente the safe way, I decided to go for it for this one.
Think this is the first time I’ve seen an NPC vomit in there… way of executing him is by throwing his ashes on a mountain top.

And then the Mortal Kombat “Friendship” pops up on the screen.

I had no idea that there was a means of luring the two bodyguards away. This footage has just opened up a whole new avenue of methods I can pursue. Do all three locations have a switch to turn off the camera and a container to hide bodies near it? If so, I’m about to do a lot of ETA playing, and I’m gonna explore and experiment.

The switch is in the same location on the map every time and works the same way (but obviously the guards will have to walk for longer if they’re in other locations then the one in my video).

Excellent. This will be extremely useful to me. Thank you.

This was a decent ET. It had a gimmick - looking for him while his voice sounds from every TV and distracts you, it had a challenge and a trick to figure out. His location is random so you can’t just find him once and know he is there, which is also cool. At first I was disappointed he goes nowhere and just stays surrounded by his guards, but unlike randomly spawned bullshit ETs such as Gunrunner, there is a key to a puzzle, an elegant way to get his ass. You don’t have to choke everyone or throw a propane flask and hope it doesn’t kill anyone else. Ugh, if I could just get the damn camera guy to not go outside or look through the window when Murillo goes outside when he spawns by the river. I’ve got his bodyguards out of the way and I need to get the camera guy to not witness when I shoot the target in the head through the upper level planks. If I poison the glass of wine with emetic and Murillo goes outside to the river to puke, and then I shoot the camera guy with the Sieker-1, where will he go to puke? Will he go to the bathroom bar or someplace else that had a container nearby to knock him out and store him? Hell, just anywhere that’s not in sight of the target when he stands outside. The is the last obstacle between me shooting Murillo in the back of his fucking head and having him fall into the river like I want. Any suggestions on how to remove the camera guy, even temporarily? 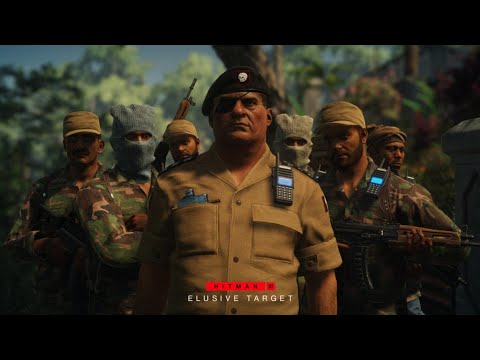 A bit off-topic, but how do you think we will get Miami Suit with Gloves? Will be there new ET, or an unique challange? I was expecting honestly that we would unlock it this month…

I’m hoping for an ET, but I wouldn’t mind a challenge as long as it’s fun and reasonably unique. I never got to play The Undying, and I love Miami (I also think there’d be a lot of ET potential), so fingers crossed

I think having a singular challenge added to unlock it is a lot more likely than rereleasing The Undying with changed VA and model or making a whole new ET. Would love to see another Miami ET though (actually I’d love to see more ETs on pretty much every Hitman 2 and 3 map).

I wasn’t expecting it for this month. I was expecting a Colombian ET, and the unlock of the casual tourist. Which we have, so quite happy about it. All after Whittleton Creek, the Censor, and the suburban suit of last month.

I am expecting a summer themed challenge next month. August is right for it, it will keep with the “completing the suit collection” schedule the game has for a few months now (that the Live Team admitted is one of their current objective), and well because it’s summer (theme and larger player base tuning in). Maybe lil flashy and the explosive pen will also arrive at the same time.

The reason I saw it more for August than for July is because of Ambrose, to avoid a too large imbalance between the two summer month roadmaps. And a challenge is good padding, good content for relative lightweight work.

it is probably going to be a repeat of The Undying and The Undying Returns. which i could see cause some people might not have the suit or pen (which is a great James Bond reference i do say).

Got him, exactly as I wanted to. I’ve never killed this guy with anything other than poison in his wine, so I now have a strategy for each location he appears in, and his hiding spot by the river is now the easiest location to deal with him.