every ET when they are killed poison for the trillionth time 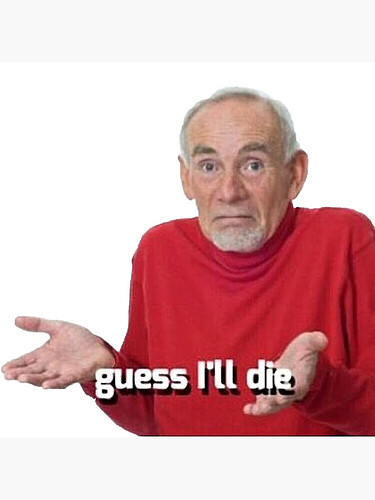 image750×1000 75.2 KB
also congrats man and yeah. the river one is the easiest. more space. more than the little shit shack next to the satellite i’m glad i completed. sadly poison again. actually this image is more fitting. 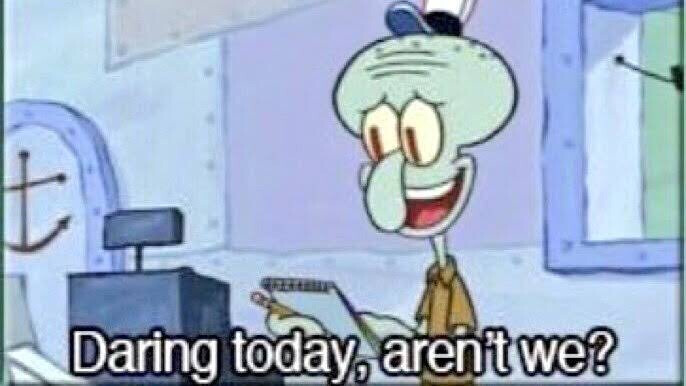 The great thing about the river location is that it and the revelation to me yesterday that you can turn off his camera from that satellite antenna in the middle of the village, now makes taking him out easier than ever if you want to get it done quickly. Just enter with a lockpick, get some poison, a coin, unlock the river house door when he spawns there, go to the antenna location and turn off the camera so the guard near the door goes to turn it off. While he’s gone, wait for the target to step outside with his other guard and maybe the camera guy (if the camera guy stays inside, that’s what the coin is for), and go inside and poison his wine, throwing the coin if you need to.

No KOs, no disguises, no emetics, SA, easy peezy. And if you want to get more creative, it’s still the best location to try other stuff.

actually what i did in arcade. personal revelation of mine too. those guys get baited to it like lambs to the slaughter. or wooden crate in context lol.

Since Sean Bean’s copyright has expired, I don’t know if ioi’s Clemens will let the Miami suit and props be re-acquired in other ways, otherwise it will be out of print.

A swift execution, a .44 magnum to the skull.

wait what? is that gun a mod? cause there isn’t a magnum in hitman 3.

Travis wrote in another thread (I don’t remember which one) something like that: Because the Undying won’t return in H3 (because of contract’s policy with Sean Bean), he would look at ways to unlock the Miami suit in the game. How? He didn’t give hint about it.

The one you would remember the most would be in the Heartbreaker topic, February 7th Travis replied to, well, you :

Clarity: Sean Bean is likely to stay in HITMAN 2, but we will find a way to free up the Miami ET suit.

And in April, he replied with a bit more precisions to @Patrick_McColloch, in a way that would also discuss lil flashy and the explosive pen unlock :

Have they decided against ever releasing any more HITMAN 2 Elusive Targets due to The Undying being the only ET for Miami thereby making it impossible to unlock the suit for that level?

H2 ET’s will be coming up after the next patch, with the exception of the Undying due to contractual reasons. It’s a shame, but we will find other ways to make the unlocks attached to that mission available.

Why do they have to put something instead him?
They just can very well ignore any ET and just give away those unlocks like some challenge reward. Let’s say for Featured Contract milestone ones, or for a new map challenges

But that’s boring and making these items so easily accessible would be unfair to people who unlocked them by competing the ET. Can’t they just create a new different Miami ET instead? Shouldn’t be that difficult.

Shouldn’t be that difficult.

It won’t be about difficulty - it’ll be about cost.

It costs IO basically nothing to use the items as unlocks elsewhere versus paying people to design a new ET, make it, pay people to record the new dialogue and so on. Not to mention IO clearly don’t want to be spending money on developing ETs anymore, otherwise we would have still been getting new ones throughout the year instead of Year 2 Editions.

either way the Florida suit and explosive pen should be unlockable. hence and easier solution. featured contract milestone unlockable. like the professional screwdriver. make it accessible to others and give people a reason to play more featured contracts. all i know is from what IOI wrote they’ll find a way to give it to people.

30 minutes, no, but give me the equipment and 2 days I’ll provide you an excellent ET for Mumbai alone, never mind Haven or New York, and I’ll even do the voice work myself.

Why it should be a 30 minutes task? Aren’t devs supposed to spend resources to make more content for the game? ETs are the lowest effort missions in this game and I’m not even asking to release them regularly like before, only one quality Miami ET is needed.

Aren’t devs supposed to spend resources to make more content for the game?

There is no requirement for them to provide you with free content once they’ve completed the game and shipped it. If they choose to do it, then that’s just a bonus but it’s absolutely not something they’re “supposed” to do.

More than likely the unlocks will just be put somewhere else as it’s more cost effective for IO to do so. It’s not that there is absolutely no chance of ever getting a new Miami ET - and IO doesn’t owe us one either - it’s just extremely unlikely to happen.

They never did so for Busey for example, and I don’t remember they swapped any of other Elusives.
I know it’s a bit different situation because Undying has tied unlocks, but it’s the best way I personally can see.
Obviously I’m not an IOI employee and these are only my personal assumptions.
And we can’t know what IOI will come up with this situation