I had this too and oh my god it is way more comfortable for the eyes this way, the colors are really fine to look at Ofc you would i only got 4 stars as i didn’t kill them with those syringes because im not boring and follow that stuff! And your a good hitman player so it was inevitable.

ye the gun lure was going to happen, but my patience was on very thin ice with him. So i settled with a goodish alternative. Im sure they will come back in a good eta (that aint no load out ofc) so i can try again!

So, as much as I know it’s disliked when it’s “optionnally forced” in the ETA, I still aimed for a no loadout run.
Because it’s Hokkaido, and I think it’s fun.

I also wanted to try and take both targets with the director disguise, and some teamnorestart.

The start was rather standard : I take the scissors in the private bathroom, subdue the patient in the public bathroom, attract the director after he talked to Yamazaki, and subdue him.

After that it’s a bunch of busy work : first I retrieve the nondescript keycard in the director’s office (avoiding the enforcer), then I free Agent Smith, he gives the usual RFID Master Chip.

The busy work continues : I retrieve the Haemorrhagic Virus Syringes, and pre-emptively erase the camera (the guard was coincidently attracted by some noise in the corridor, as if someone threw some scissors, strange),

After some waiting at a safe spot, the first target is down, (and I have some bad timing for the screenshot). 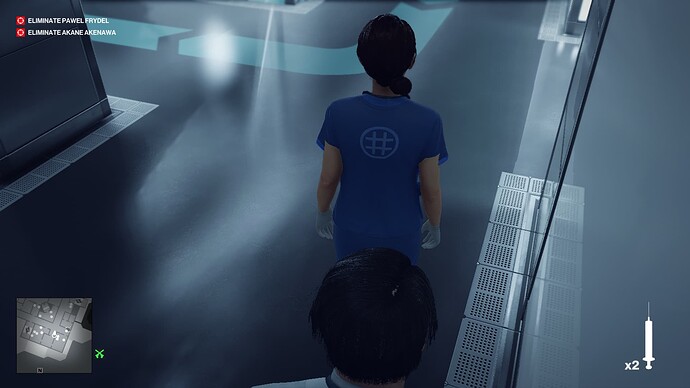 I am back to do busy work, in the kitchen. It is quite strange to roam with no enforcer and with no trespass (honestly the Hokkaido kitchen is strangely well locked off). I take a chef disguise and the rat poison in the corner. I then poison the second target drink.

I change back in the director outfit.
And now we play the greatest game of all : what could possibly go wrong ?
I will let all gaze at the following screenshot and wonder. 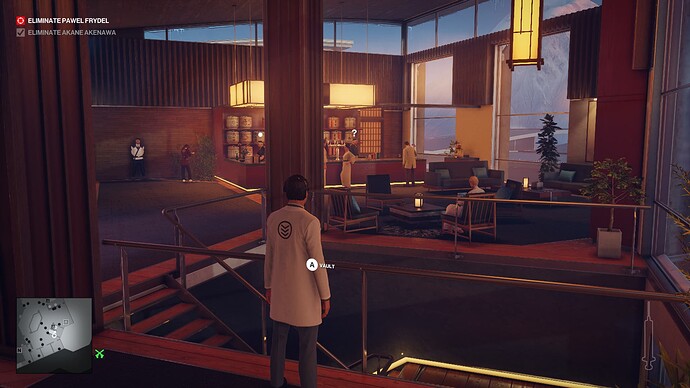 EWTQEWTQEWQTEWQYTWQYQ
I highlighted the syringue, by habit unequipped it, and then forgot to re-equip it
So when I saw the “press x” prompt, I just : 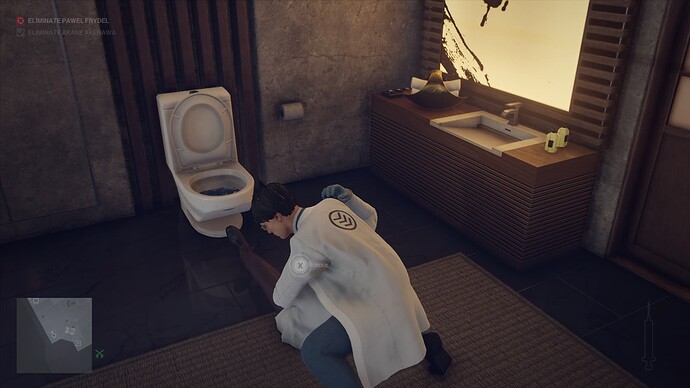 A bit of good news : the run is still silent assassin, and is enough to unlock all the challenges. Even though the run is 4 stars.

I was a bit surprised to see all the challenges, but at least that’s one unasked question answered.

After all that I did not take any chances for my completionist profile : Surgeon start for ease of access to the syringes and The Surgeon , emetic briefcase for The Doctor.

Welp, what can I say, school’s more important than videogames and I’d rather put 100% of my effort into researching,creating and experimenting for school than for videogames. Lethal syringed them both and didn’t bother to record it, though a drawing’s not out the picture yet. 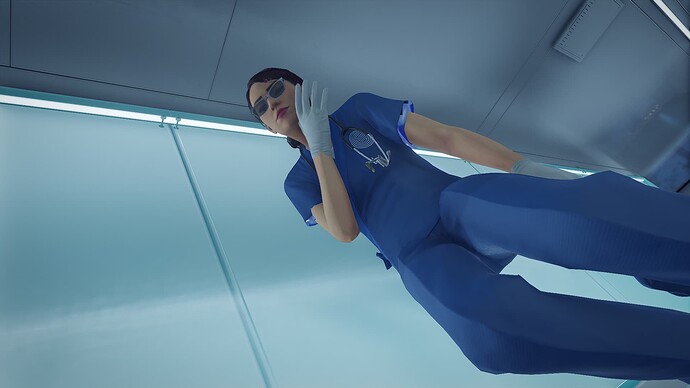 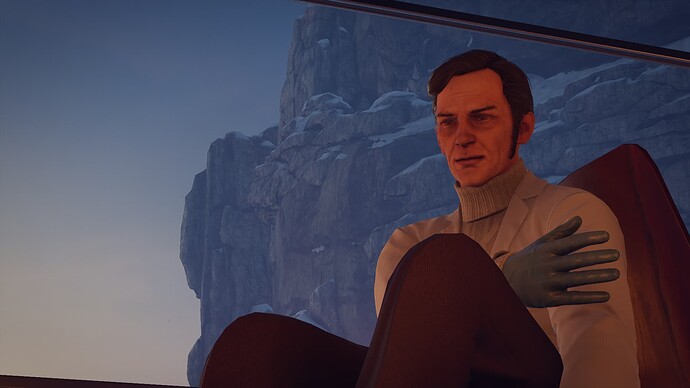 Screw 5 stars, no one tells me how to kill someone. 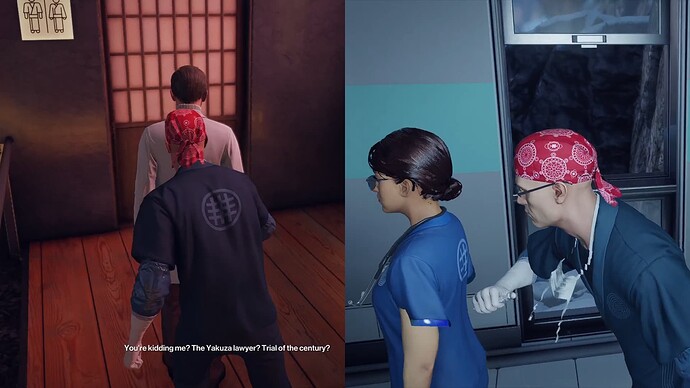 Standard sieker shot to lure them into the bathroom and posion them on the way (funnily enough killed them both with the same disguise AND got rid of the female target in the exact same place with the same exact same method when I first did this ET).

I just did a basic SASO run, started in the morgue for the rfid chip and syringes

Then syringed the surgeon in the hallway after she spotted me. For the doctor he was already isolated when I got to him, so just syringed him. For added challenge I decided to use the mountain exit.

That “go faster dammit” had me rofl!

After a long run of me neglecting classic Elusive Targets again, I’m back, at the last minute, to get a run in for this one. Been a long while since I’ve played the Surgeons and I’ve not played much of them in the ETA. 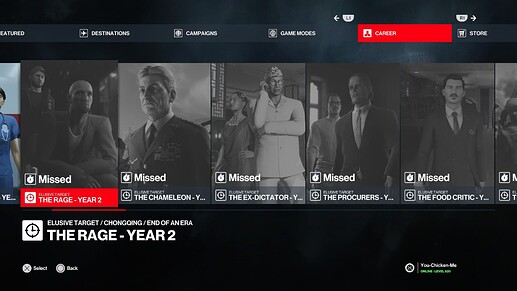 Did my very best to try and complete the Assassination bomus for this, which I don’tthink I’ve ever done before. It almost went perfectly, but alas I was “spotted?” when killing Target #2. No idea who spotted me or where, since no one was glowing orange and guards – while alerted – didn’t see me as a threat.
Weirdly went from Compromised to Searching in a few seconds. No idea what happened there @TheChicken A lot is missed. It’s a pity

When you’ve unlocked nearly all of the things, and already replayed plenty of ETs in the Arcade, there’s not much motivation left for when the OGs come back around.

Though I’m still annoyed I didn’t carve out some time to play the Ex Dictator. It’s been eons since I’ve laid hands on that level

Seems like the chef BS ‘spotted’ you through the side windows… he noticed the crime, but didn’t catch your identity (NPCs don’t turn orange unless they see you well enough to become enforcers to your disguise later), hence no one actually hunted you. It still invalidates ‘spotted’ for whatever reason though.

I wish that I’d been paying attention when The Revolutionary came back around, I’m in the minority of people that actually like the tourist outfit.

Your not the only one here!