Finally passed one of the latest batch: the Faux Pas, and that meant finally getting the Procurers in the way I wanted, with Jack blown up from a gas leak at the oven, and Robert blown up from smoking near a gas-leaking lamp. It was annoying as hell to do while following the HPP, because I had no way to get the banana out of the locker, and had to make do with a rake from the cemetery, but ultimately, success; two tragic accidents and no one will ever know they were assassinated.

For the Entrepreneurs, I’ll also follow the HPP and finally get the Censor on my terms ( I’ve blown up the Politician and burned the Appraiser so many times now that it’s second nature and no problem), but with the Clichés, since following the HPP is flatly impossible because of the loadout restriction, I’m just gonna do whatever to beat them with SA and be done with it, and hope the Pharmacist and the Deceivers are released again soon with a more reasonable restriction.

dont offer to pay money for old ETs youll give them ideas! lol

Finally finished the Cliches’ and what a pain in the dick it was, and it fully enforced my absolute contempt for the restricted loadout complication. I don’t give a fuck what the rest of you say, it is absolutely the worst complication ever. Fuck hide all bodies; I can handle hide all bodies. Do you know how many bodies I have to hide with restricted loadout in H1 maps, where there are no silenced firearms, no fiber wire stand-ins, and no means of knocking out NPCs without subduing them? At least with hide all bodies I can come prepared with the equipment I need to get the target away from witnesses, kill then quickly and silently, and hide the body, sometimes without knocking out anyone else, or only a few if I have to, and sometimes using tranquilizer items so that I can let their bodies be found and woken up and it doesn’t count as not hiding a body. Plus, for quick accidents, I’ll have a silenced pistol to aid me without having to clear out a room first and run like hell afterward.

Restricted loadout, I have to figure out how to cause an accident with non-silenced weapons, no means of using emetics unless they’re consumed, and for melee kills I need to use either bladed weapons or neck breaks, all of which have a wider noise range than the fiber wire, increasing the chances of being caught unless I completely clear out the area first. Far more work and too much reliance on luck to ever be enjoyable. IOI, you’ve used this restriction twice now, that’s enough, retire it. At the very least, keep it to H3 maps, where the items found on the maps can at least help counter the lack of being able to bring them yourself.

Restricted loadout could be expanded to include no weapons, items, or disguises lying around nor being dropped by enemies.

Fuck a bunch of that.

What about just limiting this to firearms but allowing all other items both in loadout and onsite?

Difficult, but I could work with that. 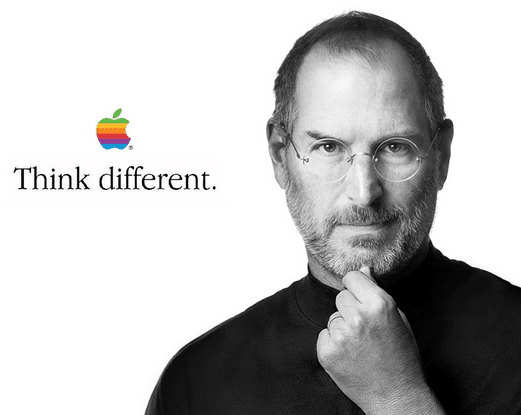 I apparently think different than everyone else, since I hate this particular complication with a seemingly unrivaled passion. So, mission accomplished, I guess.

I don’t give a fuck what the rest of you say, it is absolutely the worst complication ever

Not even close. That title definitely goes to the complications that covered the locations in mines and explosive lasers. I seriously doubt anyone would want that in the Arcade with it’s 12-hour lockout upon dying instead of “Restricted Loadout”.

Those are escalation-only and don’t even show up anymore. I’d agree with you otherwise, but they don’t count. I’m talking about currently active complications only.

Those 2016 “tripmine” ones were a PITA all right. I’m glad IOI didn’t continue those tripmine-based ones. Those were not fun in the slightest.

I appreciated the first one from Paris though. It’s what taught me you could shoot the cctv computer drive. I was too lazy to go around so I tried it and

I’ll be sure to let Mr. Hare know what he did wrong against Mr. Tortoise. I guess from what you guys are hinting at, slow and steady doesn’t do shit, after all.

The Tortoise: “He knows he’s going the wrong way, right?”

When it first came out, I wasn’t that down on this mode as others but I didn’t love it either. Before I go on, I just want to say that that was and is fine; ETA is/was most likely always just meant to be a little something to keep people occupied until Freelancer.

However, I’ve started playing it recently (because my OCD won’t let me have incomplete stuff, even the godforsaken Sniper Assassin

I’ve seen a lot of the player suggestions and would still like to see some combination of those implemented at some point but, if this is what this mode will remain, I’m ok with it. Maybe in the future it’ll become a little bit more , maybe not; I’m just going to drop everything for Ambrose Island and Freelancer when they drop anyway so, for now, this and FCs and 100%ing the rest of my game is enough.

Especially because I’ve been enjoying my romps through the ETA a lot. I probably killed about 2 or 3 dozen people to set up an “accident” for The Rage, I got into a massive shootout with roughly half of Sgàil’s security force (because there is ALWAYS another guard, or several, on that map) for The Appraiser, and I discovered (and killed) some people also hunting The Censor on my to blowing him (and a few others) up with the White Ruby Rude 300 from the treehouse, just to name a few of my escapades. I’ve still got quite a few left to do but they’ll definitely hold me over until the main event of Freelancer drops and that’s all that really matters!

I will continue to maintain that what many players were actually asking for was something that they didn’t really want. Not really anyway.

Consider the Special Assignments of Hitman 2. The one in San Fortuna is universally disliked. The one in Mumbai is sort of OK once or twice but gets boring very quickly. The one in Miami is “fine” but it’s no different really than the main story mission and the target is hardly a challenge. The one in Whittleton Creek is, again, “fine”, but not worth a lot of replays.

What players asked for initially was the ability to just play each Elusive Target as a stand-alone mission with no restrictions and to replay it whenever they wanted. The problem is that the Elusive Targets were never designed to be replayable. They do not have the same level of design and structure that the core maps and missions have. They are simply boring after two or three unrestricted tries. The ETA, for all its faults, at least provides the challenge of needing to think about the mission a bit and being locked out of it for 12 hours if you fail.

The one in San Fortuna is universally disliked.

The only reason I dislike it is because there are no disguises with gloves that can be used in the area where the target is. If there were, I’d have no problem.