But here’s what happened to me: I approached the elusive target, pushed the button to throw him off the balcony but immediately hit ESC, he had not yet gone over the railing, he was not dead and had no indicator in game that he was dead yet. On the ESC screen I was able to restart/replan.

I hit replan because I realized I had been spotted (and I’d restarted several times before that without issue). Because the replan button still worked I assumed I was safe to use it. In Hitman (2016) if you were beyond the restart/replan ability you wouldn’t even be able to push those buttons.

So I replanned, as I’d done several times before, but this time it said I had failed and I was not able to do the target.

Now I understand if restart/replan had been disabled that I’d have at least had a chance to leave the pause menu and finish the mission without a silent assassin rating. But the game let me restart and in game it didn’t look like I’d actually killed him yet, yes I had hit the button to push him but he wasn’t even over the railing yet, he wasn’t dead

But the replan button basically failed the mission for me. I’d consider this a bug, if the game thought I’d already killed him I should not have been able to replay/replan at all and I would have unpaused and made my way to the exit with a lower rating.

So what exactly happened after you hit “replan”?

It took you to the replan screen, you hit play mission, and as soon as the mission started you failed

Or as soon as you hit replan, it unpaused and you failed the current run?

Either way, this is most definitely a bug. So every detail as possible should be provided so they can fix

ESC, then replan, then OK, and then nothing, the play button simply did not work and it said the target was failed

Out of frustration I yanked the internet cord, but I had a feeling it was too late. Restarted the game and on the main menu it confirmed I had failed

But like I said, I hadn’t actually failed, I’d approached the target and was about to kill him and paused before he was dead, something I’ve done many times with poisons and accident kills before on other elusive targets

Never had a problem restarting or replanning before from that point. Had the target actually been dead from my actions then replan should not have worked, I would have unpaused and left the map with any rating I’d achieved

But I didn’t die so I don’t know why it failed me. If it thinks I killed the target then why could I replan?

I don’t care if I get silent assassin or not (though replanning was an attempt to get it), but I’d take a completion over a failure any day and it wouldn’t have been hard for me to walk out because I had most of his main guards in boxes or off putting away dropped guns at that point anyway

I would copy paste to the bug thread, if not done so already. I hope it gets fixed

I posted there first, but the bug thread is so long I made my own post for the sake of conversation as well

Today I played through Three Headed Serpent and at the end it checked off the box for the challenge of completing The Revolutionary Elusive Target: 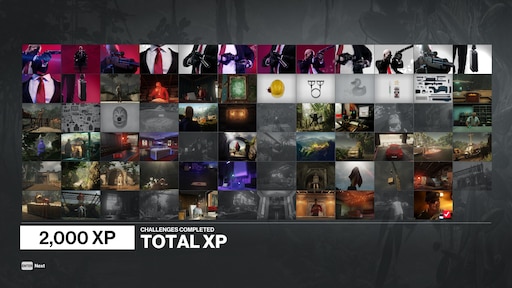 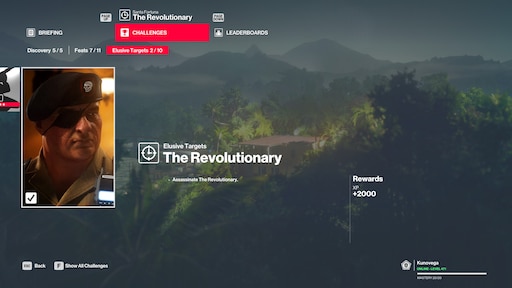 This was during a normal play of Columbia after the main mission Three Headed Serpent. So the game thinks I have credit for killing him? But I still have a fail on the elusive target and no suit rewarded for doing it ~ and the main menu still says I failed. But I never failed and I never died.

This was never resolved. And since there’s never been another santa fortuna elusive target I’ll never get the suit. I also can’t replay the rerun targets.

So talk to support … Ask them if this is a bug … I won’t get a suit with gloves now (classic), because of a bug with Faba

Bro… We will have a chance in Hitman 3

Support is aware but has no access, only the developers at ioi do (and support works at WB), there’s way to contact ioi other than private messages on these forums and requesting support forward your request, I’ve done both and was ignored.

Oh… I understand you … Everything will be fine, nothing will end on the failure of one target… We make up for Hitman 3