Well we have a Star Wars thread and with the revival of Star Trek in past years plus more shows on the way, let’s make a Trek thread.

For anyone that already knows Star Trek and even those that don’t but are interested I must recommend Trek Actually by Steve Shives. Each video explores aspects of Trek’s world in very interesting and thoughtful ways 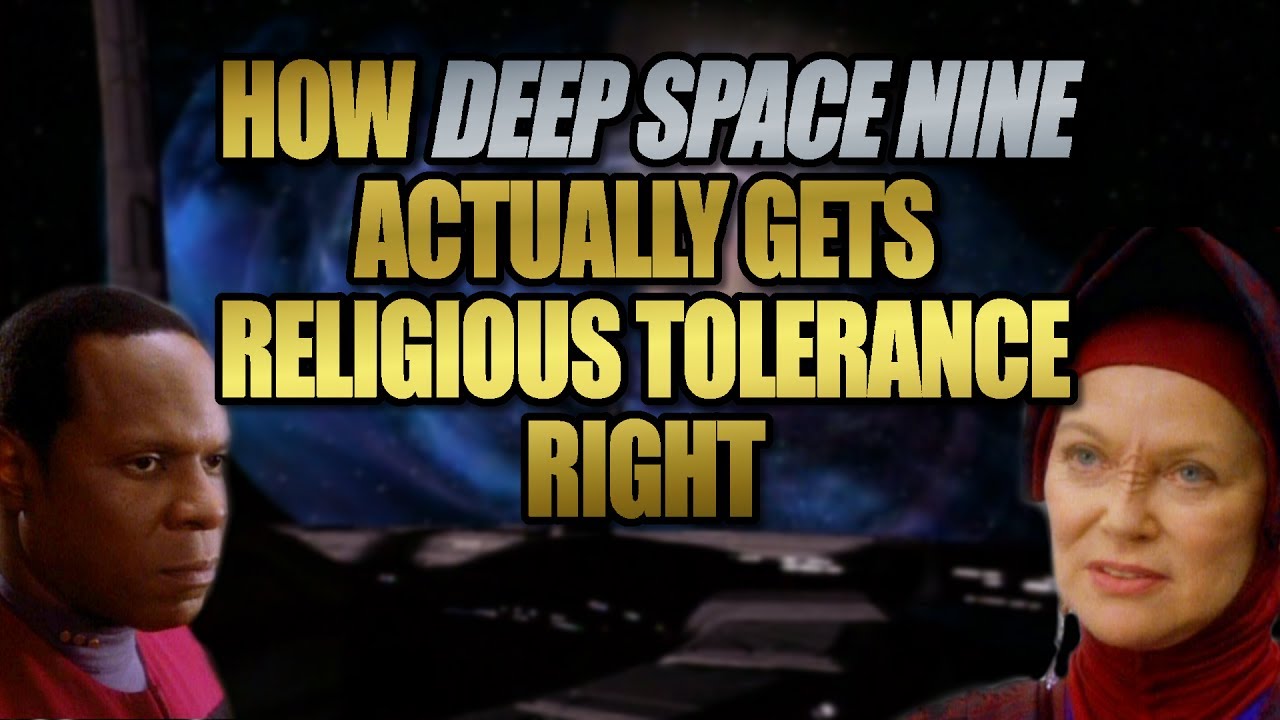 Also, Trekspertise does great videos, two of the newest being Terrorism in Star Trek 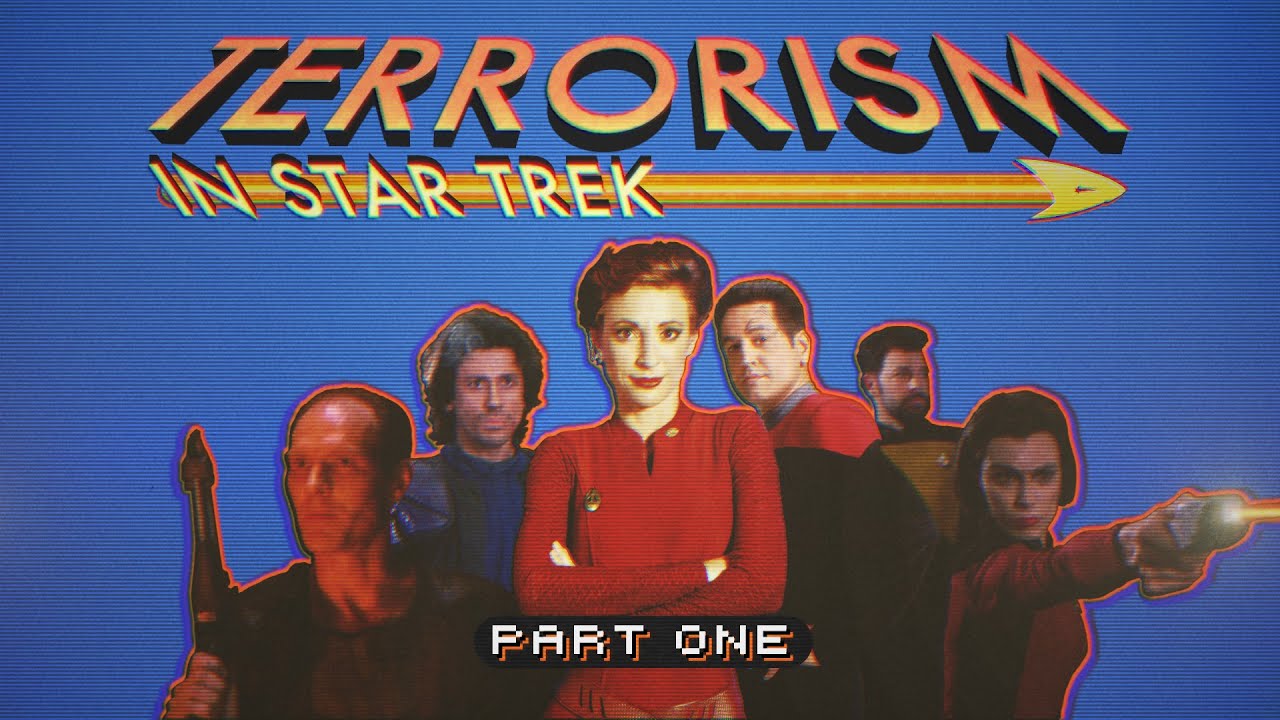 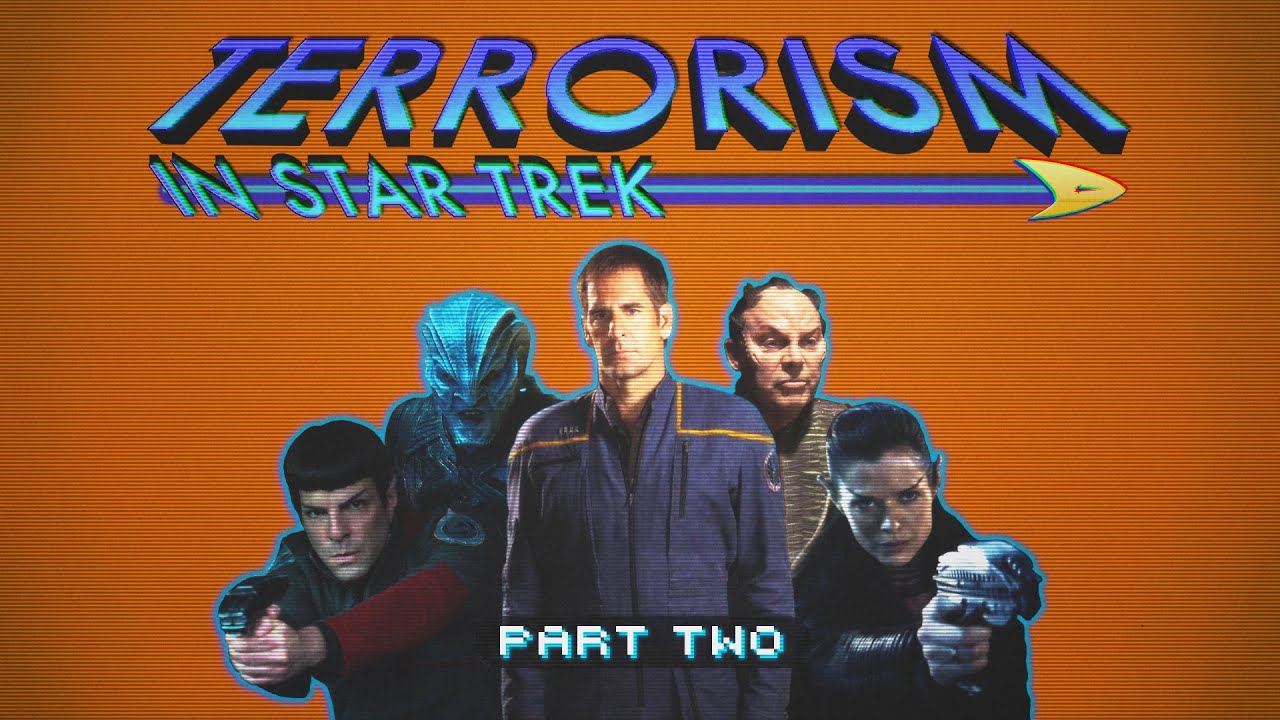 Obviously both of these talk about pretty much every series of Trek, so there will be spoilers

Perhaps the reason we had an everything Star Wars thread but one for Star Trek is bc Star Wars is clearly superior?

I recently watched Picard which is only available in the CBS all access “thing” on amazon or directly from CBS. It was well done but more importantly it was tons of fun. Great to see Patrick Stewart back in action and the premise of the show fits with Jean-Lucs character. I highly recommend the show.

i love Jonathan Frakes and especially Patrick Stewart but Star Trek is just not my cup of tea.

You’d like Picard then. It’s got a lot of the old faces from TNG.

I’m liking it. Pike is a lot of fun. It feels a bit lighter in tone now that we aren’t at war. Burnham remains alright, and still the least interesting character. I like the fact that one of the bridge crew got to come along in episode 2 even if she didn’t really do anything. I’m assuming the whole red spot thing is basically a big plot device to jump from interesting place to interesting place.

Yeah, it isn’t perfect. Discovery does feel a bit “Hollywood” at times, it can look gorgeous and the CGI looks awesome for a TV show. But it does feel a bit light on themes and dialogue, the second episode especially felt tepid as it felt like 3 concepts that Trek had already done better crammed into an oddly short episode. Like the Abbrams movie, you get that feeling that they are perhaps just afraid to fully commit to Trek being very talky but being very interesting at the same time.

Still, I’m liking S2, will definetly watch the rest of it. I’ve only seen the first episode of Picard when it first aired. I thought it was alright, but was a bit slow, don’t think I was in the right mood for it. Will need to resume watching it after Discovery.

Here’s hoping Lower Decks finds its way overseas soon considering it has just debuted in the USA on CBS All Access.

Also if we’re talking about Youtubers, feel like you have to mention SF Debris. His episode reviews of Trek are pretty legendary at this point, especially the way he makes fun of Captain Janeway.

I am a big fan of Star Trek, and just recently re-watched Star Trek: Enterprise, which I think is quite underrated, containing some of my favorite episodes of the franchise (for instance, “Dead Stop”, where the Enterprise encounters a mysterious automatic repair station).

I really tried getting into the new series (Discovery, and then Picard), but both of them feel like they fundamentally miss the mark on what I value in Star Trek. I don’t want to see an ST series all about how starfleet has turned into a bunch of bigoted assholes who say “fuck” all the time.

Said this in the What’s New thread, but the only Trek I havn’t seen pre-Discovery is Enterprise, probably only a dozen or so episode altogether. Dead Stop was one of them and my favourite, and memorable. I think it is rare for Trek to really do an episode where the ship crosses something that is pretty inexplicable and is never really explained by the end of the episode. Good stuff.

I get the feeling the modern writers would rather write the Federation and Starfleet as being more like the US government and military, rather than a liberal society with a military that tries to use war as a last resort. Probably why Section 31 keeps coming up, since in DS9 that was meant to be the dark underbelly of Starfleet.

I don’t want to see an ST series all about how starfleet has turned into a bunch of bigoted assholes who say “fuck” all the time.

That’s exactly why I haven’t watched Picard. I have no desire to see the Starfleet that I grew up with go so off the rails that they’re guilty of genocide. Not while the plague has already called into so many things into question.

& @Kent
I understand not wanting to see a Starfleet that no longer can claim the moral high ground. For me though, Picard was so entertaining because I found what Starfleet has become believable and even more believable was Jean Lucs distain for it.

Ironically I hear there was supposed to be an explanation as to how the Dominion War cause Starfleet to take a more militant turn. But the executives were like “That just makes it confusing for people who are relatively new to the franchise” and they dropped it.

Now that is only what I recall seeing on an interview Michael Chabon did which I found because I wanted to know what he was doing these days and seeing how that adaptation (well supposed) of Yiddish Ploiceman’s Union was doing.

Ironically I hear there was supposed to be an explanation as to how the Dominion War cause Starfleet to take a more militant turn.

I have no desire to see the Starfleet that I grew up with go so off the rails that they’re guilty of genocide.

Actually one of the few things I liked about Picard was their withdrawal of aid from Romulus. I think their reasons for doing so made quite a bit of sense, but it also doesn’t gel with the Picard we know so of course he’d rally against it. Which makes for a very strong conflict and goal for Picard.

It’s also inline with other things Starfleet has done, such as the treaty with the Cardassians that gave away federation planets and led to the forming of the Marquis. Starfleet (as an organisation) isn’t perfect and they can’t/won’t always help everyone

Doesn’t Starfleet have a secret department that has carte blanche to do whatever they feel is necessary to preserve Starfleet as an organisation?

Yeah Section 31, think it’s been mentioned here before. Spoilers they’re a big part of Discovery, tho I can’t remember which series

The idea behind them always reminds me of the SPECTRES from Mass Effect.

I also think it’s fitting, all the races have their own secret organisations like the Tal Shiar or the Obsidian Order, but it’s interesting how secretive Section 31 was to preserve this idea of the Federation being pure

Elite organisation of spies and black operations specialists working for an idealistic organisation. They are effectively unlisted agents that can do whatever it takes to get a mission done but are disavowed if they are ever caught. 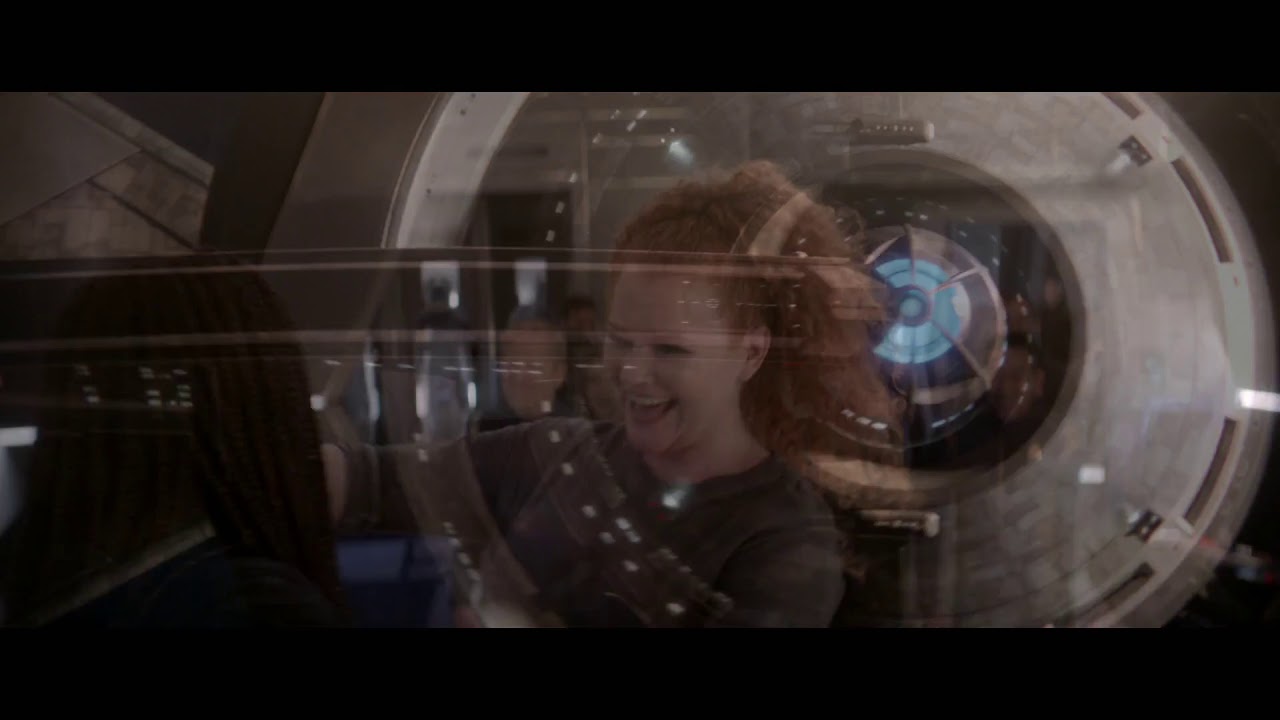 What are people’s thoughts on it?

I think it’s kind of like Voyager 2.0 they’re a starship far from home and have to try to get back. But instead of lost in space they’re lost in time. Could be interesting if they play it right. I do hope that it tries to have a lot more episode of the week style stuff with a main story running through. They say in the trailer they want to make the future a better one and I hope they do that, like each week help out some faction or something.

I am skeptical, but I will give it a chance.
To be honest I’m more excited about the next season of the Orville, which has become my “Star Trek” fix. It’s basically Star Trek TNG with some extra humor added in so it can be called parody and not be sued by the Star Trek people.

It also has the most “Trekky” main theme I’ve heard in a long while. 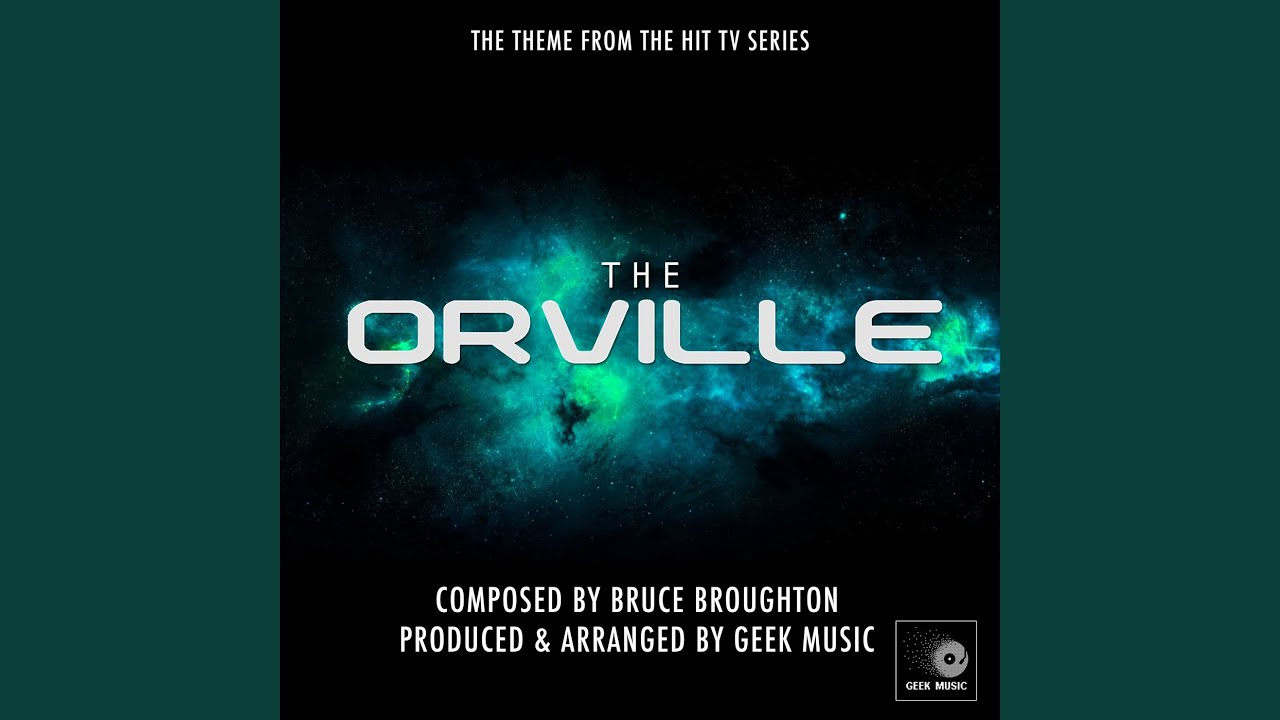 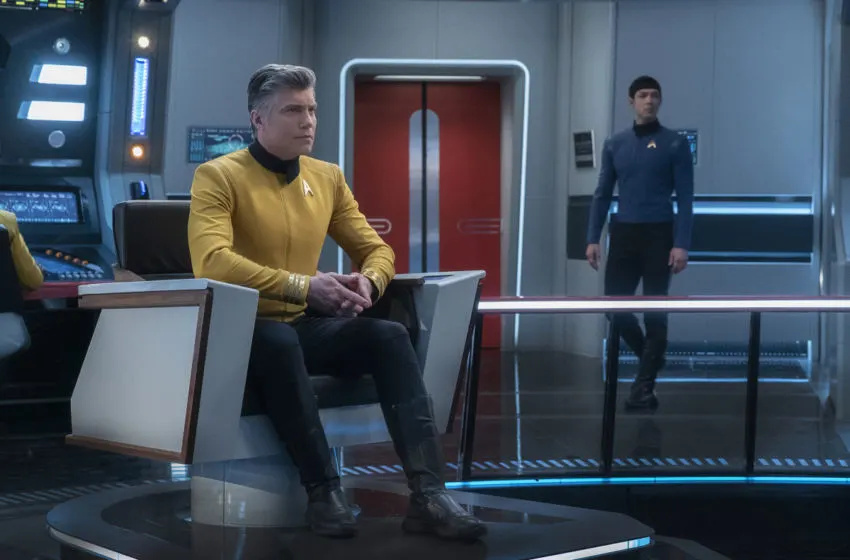 image850×560 131 KB
“Strange New Worlds” (the original Enterprise, but with the Captain Pike crew) has me interested as well. I believe Anson Mount (Pike) has said they’re going for a more positive outlook on the future, which I would love to see.

But most of all I’d like to see them stop doing prequels or hitching their wagons to established characters. A new series set after all of the Star Trek TNG movies, set in a bright, positive future, with more episodic structure with smart, efficiently told and self-contained stories that feature interesting ethical dilemmas and a fun scifi-premise, each season would be my dream.

So you want the next series to be what TNG was when compared to TOS? I’m in for that.