I didn’t like the logo on the new featured contracts. Is this the price for free content ? No, thanks.

Do you mean this? 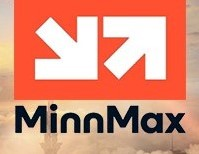 Because if so that’s the logo of a company that writes blogs. Which can seem tacky for some, and is probably why I preferred the old format of HMF making the featured contracts. This might be the go-to for all featured contracts going by this.

Yes, this kind of stuff kills my immersion factor.

For a logo? It doesn’t really look like an immersion killer to me. If anything it’s their branding that sets out whose contracts are made by, but they’re not harmful to gameplay itself.

I respect your opinion.

This month might just be a one off where companies get to create Featured Contracts.
MinnMax looks like it was formed by Game Informer employees. Game Informer got exclusive H3 coverage in the months leading up to release, so that one makes sense.
These contracts were probably done and ready before launch.

It also makes sense as a first time thing as the game is still quite recent and most people didn’t even begun touching contracts or barely started with it. I just started with contracts like last week or so.
These companies have gotten the game earlier than the community.

I’m not bothered by it. I see it as nothing more than a bit of branding for the contract creator. Nothing gamebreaking, in my opinion of course.

branding for the contract creator

Like is there was giant photo of @Kevin_Rudd when they put his sniper contracts up there.

Seriously? I would want my logo on there if I’d have a blog and made some featured contracts.

No reason to make a fuss about.

Yes, this kind of stuff kills my immersion factor.

Not sure if irony is on or not but … there is much more in HITMAN that “kills” the immersion.

I don’t remember that, but Kevin literally made a Die Hard style poster and IO put it in the game

I think MinnMax getting custom thumbnails is a really cool thing, don’t get why someone would complain

Kinda related question: are there any particular content creators you’d like to get the opportunity to make featured contracts?

Do you guys have a pic of this? I’ve never seen it.

I meant in the future. Since there are thumb nails now. Maybe in a month or a few months there will be a giant photo of him. Sorry I wasn’t clear (=

Kinda related question: are there any particular content creators you’d like to get the opportunity to make featured contracts?

It would be big luck if that results in good contracts. Most popular content creators are absolutely not known for making good contracts, if they even knew that mode before.

with the new camera tool making it easier to get good photos, every featured contract from now on should have a custom thumbnail tbh. or at least, you should have the option to submit a photo along with all the usual contract submission details

It would require everyone taking a photo along with their contract tho. Think it’s too much hassle on everyone’s end tbh. It could work with Contract Curators, as IO has much more direct communication with them

(Also they probably want to keep custom thumbnails as a special thing, not just the norm)