This is the definition of an obligatory thread. Haven’t played them yet but they look pretty uninspiring

Gee, I decided to take a week hiatus from the game and my Road to 100% (just the mission stories for H2 maps left), this does not fill me with confidence.

I found human centigreed pretty fun to route, and it had somewhat of a clear idea. Return of the pale duck was more annoying than I would have liked, though its not that hard. The third contract was not so fun and has almost no challenge.

I will probably return to the centigreed one, but the others I will never replay

Haven’t played these yet, (I’m actually more excited for the next batch, since we haven’t had any Berlin featured yet) but I think it’s cool how the Featured contracts have unique pictures.
Looks like they were inspired by the 12 Days of Contracts thing in Hitman 2, and I like that.

Tbf I’ll say that for them. I really like the thumbnails for all the company featured contracts

My features contracts track for Hitman 3 levels is currently 26. The final track unlock (Sieger 300 Sniper Case) needs 30 contract completions to unlock. As far as I can see there were only 26 possible featured contracts on H3 maps up until now.

Now these. It’s sod’s law there are only 3. So only possible to reach 29/30 completion. Oh well, need to wait until May 6th I suppose.

As far as I can see there were only 26 possible featured contracts on H3 maps up until now.

Even though this is true, there’s something strange about featured contract counter. Before the latest batch, I completed a Bangkok FC known as “Eviction”, and my counter went up by 1, thus becoming 27/30. I then unlocked the briefcase today by having 30 completed FCs. You could try and see if your counter goes up as well. 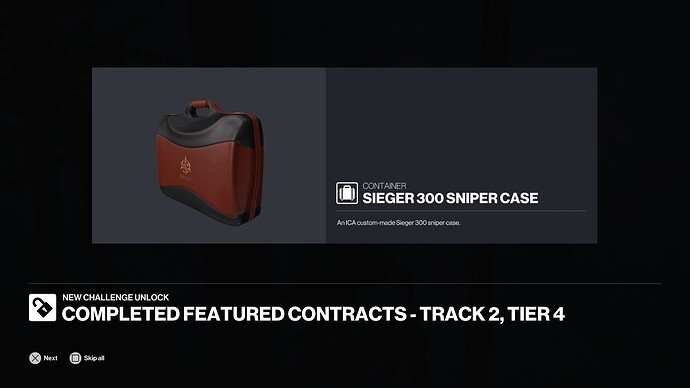 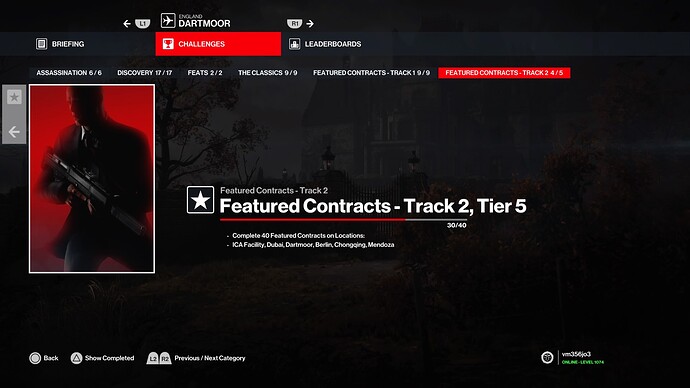 Haven’t played the big one in Dartmoor, but the other two quite playable.
Will give a try on that big one later

I swear the same thing happened back in Hitman 2 when we were about to unlock something, maybe the wrench or the toolbox. IO really seems to like Murphy’s Law

Before the latest batch, I completed a Bangkok FC known as “Eviction”, and my counter went up by 1

How did a contract from Bangkok count for this for you? That should count for Track 1 and this is Track 2.

I don’t know. I know how these tracks work, and I only noticed it after completing the contract. Maybe it’s just a glitch.

Well, I too have 2 extra counts unintentionally since I completed one of the ICA facility contracts 3 times as I was trying to better my time. That means my count will become 31 after completing today’s FCs and I’ll too get the briefcase, I guess.

No Recordings in Dartmooor PogU

I’m in the same situation. With a couple of the Sponsored Contracts last month, doing a second run on a couple of them in Mendoza increased my counter. Though I’m keeping track of my 2 over so I don’t pass the 40 mark before a reward is assigned to that challenge.

They fixed this bug of extra counts with the 30th March update, right?

I’ve got sniper briefcase. I’m sure there are 30 contracts, but you need to go way back to find two FC from ICA Facility (Arrive, Hide, Leave and Final Test Contract).

I’ve done all the ICA facility contracts I can find and I am also stuck at 29.

There are 29 only. 3 from today, 5x4 from rest of the FC packs, 1 extra each from Dubai and Dartmoor and 4 from ICA Facility (2 new, 2 old). You must have completed one of the ICA Facility ones more than once and that must’ve counted as extra for you, just like it did for many others including myself.