having grown up in Mexico my wife loves to cheer her team on, or enjoy anyone beating Brazil’s ass, so I tolerate it during these times for her sake.

I guess you have to brace yourself for what will come in four years then?

On the awarding-Qatar-the-World-Cup topic - watched the FIFA Uncovered documentary on Netflix last week and had a good laugh.

I guess you have to brace yourself for what will come in four years then?

The World Cup will be held in the US, Mexico and Canada. I imagine she might actually want to go to a match?

Argentina just lost to the Saudis. There is no way that a single person put money on them to win

Well, apparently at least one person in the Czech Republic did 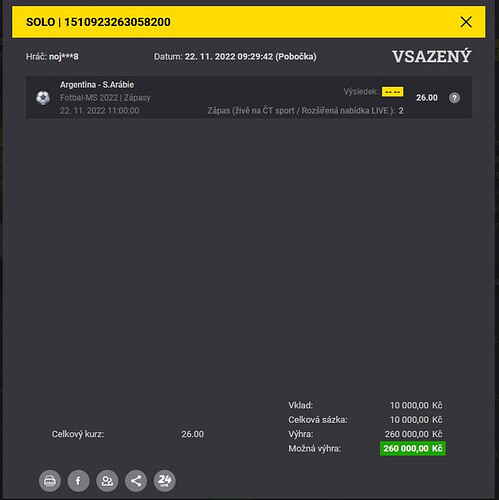 England v USA today. Someday I’m gonna have to read up on why Wales and England are separate in the World Cup but both part of the UK at the Olympics? That’s just my curiosity though. The real issue is how badly will the US get smoked

In the olympics, one must be an independent state recognized by the international community, which means the UK as a whole competes. FIFA doesn’t have that rule.

Just be happy there’s no team with Harry Kane and Gareth Bale on it at the WC.

Heartbreaking. Can’t believe I’m using that word to describe a loss against the 2nd ranked team in the world.

We outplayed Belgium essentially the entire game, we just couldn’t finish. Still, this team showed we can play with the big boys. Croatia next.

My disappointment is immeasurable and my day is ruined.

Any chance the team makes a statement in support of the girls and then doesn’t go back to Iran?

I would say there is no soccer.
It’s just the wrong way to play (or rather name) football

No and no. Not until they bend to balls in front of the killer of thousands. 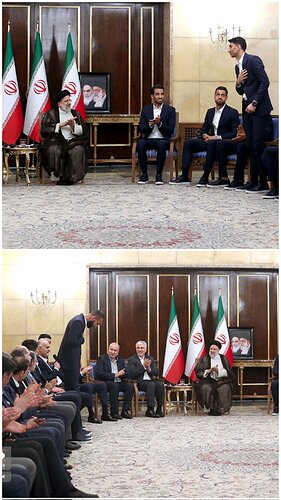 They already made a few statements in support

The kid, Kian Pirfalak, is already being used by the government as an icon who was killed by “rioters” in spite of what his mother tells. Not that big of a move.

They sang the national anthem in the second match.

They cheered up to their neck after the goals in a group stage match. Real bravery was represented by the beach soccer team, who neither sang it at any game nor cheered after their goals in the intercontinental cup finale. finale. They were becoming world champions. Plaincloth forces took them to an unknown location amid return 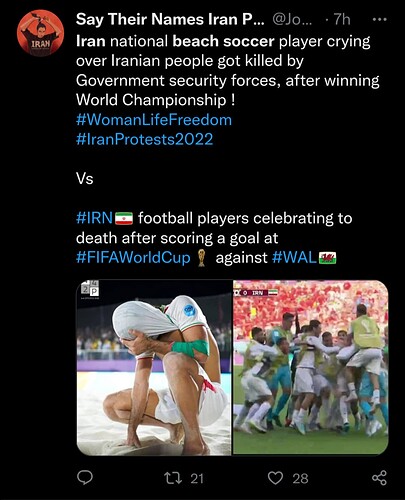 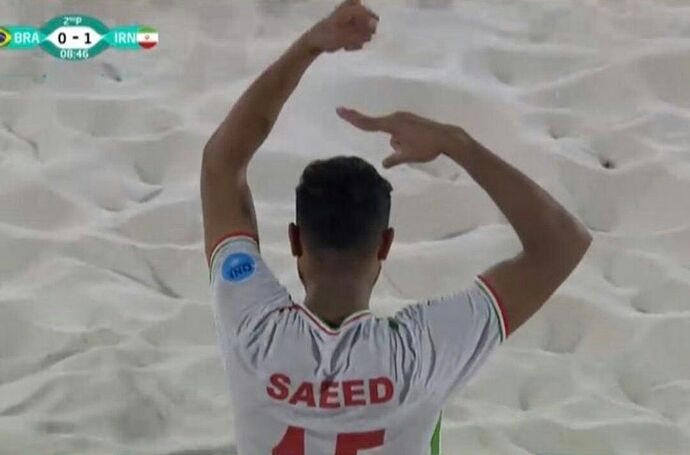 Their celebration and ignorance becomes even more pathetic when you realize their long team mate, Vorya Ghafouri, was arrested a few days ago for supporting the moves in Kurdistan. That guy is your teammate suckers! 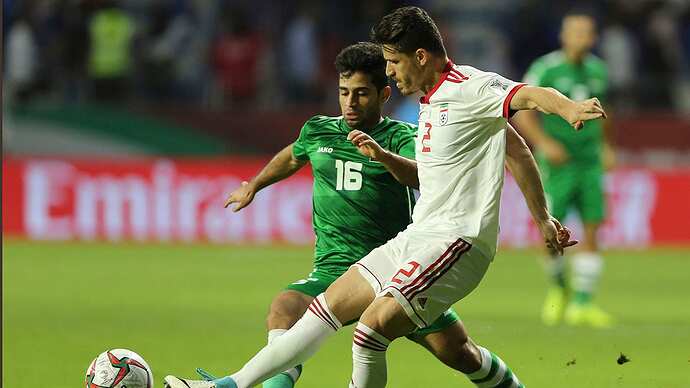 Iranian soccer player arrested for ‘propagandizing against the government’ 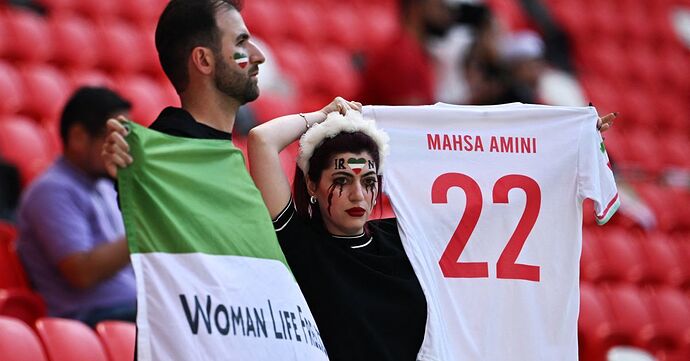 A man wearing a jersey declaring support for anti-government protesters in Iran was escorted by security officers into the stadium where the national team was due to play a World Cup match with Wales on Friday, a Reuters witness said.

Lewandowski finally scored on a messy error by Saudi. They just fumbled the pass in front of their own net and he snuck in to capitalise.
Poland

I´m happy for Lewa finally scoring and Poland winning, but the Saudis were playing really well (both teams were). If it wasn´t for that saved penalty, chances are they would´ve turned the tide. The final games in this group sure will be interesting.

That group is so interesting all bc of the Argentinian loss. It will likely come down to goal differentials. Just like Saudi, Mexico was playing a solid (although boring) defence game with 5 guys back and it almost worked. They had liek 29 min left till a draw when Messi snuck one in.

Mexico essentially needs all the stars to align in order to prevent elimination now. This tournament is so chaotic already.

Alphonso Davies. What a guy. Our first ever goal at the World Cup.