I guess all we’ll have to do is wait and see.

Who knows, IOI may have one or two surprises up their sleeve

Oh. Choose up to 8 options. Missed that.

Well YOU sure are excited buddy!

Can’t wait for this mode 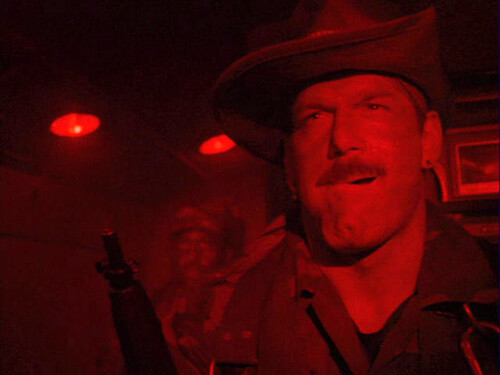 More the Concept, Random Maps and Choosing order of missions for me. Namely how different the NPC setup will be. Plus if voice acting will be a big addition etc…

Money System will be interesting but will more compliment the campaign so didn’t vote for it. I do really like the idea of buying off the mission maps though so avoids having a generic catalogue to restock all the stuff between missions.

All the Safehouse stuff still hasn’t sold me unless it is fully interactive and feature filled outside of shooting range and money sink decorations which is the bare minimum.

Hey, strap this on your saur ass!

I stand by my vote.

Random maps and targets - that’s just contracts mode for me. I don’t create them and rarely do I discriminate on which ones I play so they’re all random to me.

Buying furniture and weapons - What is this, the Sims?

Money system - I guess this could be good depending on how it’s implemented, but until I see it, I won’t get excited.

Safehouse - What does one do in a safehouse? It might be cool, but maybe it’ll just be “safe”.

Choosing the order of your missions - isn’t that the game currently?

Having a shooting range - I thought that was what Colorado was for?

The mode is exciting if for no other reason that freshening up the game. I’m sure it’ll all be fun stuff, but the thing i’m most excited for is the idea of how the campaigns will be done.

I don’t know why but I don’t have any excitement for this mode at all.
Maybe I just tend to not getting excited beforehand just not to be disappointed after the release, I don’t know.
Well, I guess at least for the first time when it released I won’t be able to play it normally.
Because my PC stayed at home and those remote playing is not that same when you’re actually sitting in front of PC.
So it might be the other reason.
I’m thinking about buying a powerful gaming laptop, but it won’t be tomorrow

Choosing the order of your missions - isn’t that the game currently?

No, not story-wise, those go in a particular order. These campaigns and their missions have a minor “story” to them, but you get to choose in what order it will be, and who you kill and what order will be dependent on what order you choose. The current game doesn’t have that, not in that way.

I don’t know why but I don’t have any excitement for this mode at all.

Same. I’m more interested in playing the new level (Ambrose Island) than Freelancer, personally. I think it’s because I know what to expect from a Hitman sandbox level.

At the moment, Freelancer is just a concept (nothing to compare it to within the Hitman series) so until I play it, I have no feeling towards it. Positive or negative.

Oh yeah. Can’t wait for the ToD mods that’ll be available for the safe house. Seems like the default is afternoon. Evening/morning or *night might be nice for variety. It’d be nice if IO just made it so the player could choose the ToD on the fly.

Night: Starry > Stormy, but even that’d be okay. Ooh. Rain.

Just set the mood, whichever way you’d like it!

@Clemens_IOI pass along the idea of Time of Day and Weather options for the Safehouse.

Definitely middle of the day cloudy with steady rain, but no thunder or lightening. Tranquility, hiding the deadliness within… like 47’s posture and expression.

Each campaign has a very minuscule amount of story, which boils down to “this is who our leader is and this is where you can find them.” That’s the intel-gathering part of Freelancer, and your choice of mission order determines those outcomes.

I’m excited for it all, to be honest. Most of the things introduced in this mode are a first in the Hitman series, and they allow us to replay legacy content with new mechanics. That’s a lot of replayability added to the game, for free.

Also, if the map and freelancer are the last two big updates for the game, it is a very nice closure to the story of 47 so far, as well as the WoA-trilogy, in my opinion.

To revisit this subject, it is revealed that there are 16 total Campaigns for Freelancer, and the written announcement mentioned accessing the currently available campaigns after exploring the safe house. So, do we think this means that all 16 campaigns may not be available right away, or that they will, but there may be more campaigns released later, raising the total to be greater than 16?

I guess it still depends on when the mode is releasing. Their original plans would’ve been to slowly release stuff for it as live content on the roadmaps to have something new on there everytime, but if it ends up releasing towards the end of Year 2 - then they may just blow through it all in one go and call it a day.

Can still see them trickling content for 3-4 months to help get a gauge on what people like. Wouldn’t surprise me if this is a trial run for something more advanced in a future game.

Yeah, I concur. The earliest I can see Freelancer releasing is September, with maybe 1 or 2 additions to the mode in the remaining 3 months of Year 2 content, if that’s how it all works out. If there’s anything to add to it after it’s ready.