29 posts were split to a new topic: Derail from Easter Egg Thread

Based on that moon, werewolf related, perhaps?

just came to confirm this, ps4. all agents had evac’d… he still dropped an earpiece!

Thanks for confirming. I wonder if there’s an interaction here!

No idea. I just saw the opportunity to confirm and took it. Agents had long left the level, i was taking the idol to its chair.

BTW, second idol… is there more or just 2 chances at the same EE

As noted by r/HITMAN user collosalvelocity https://www.reddit.com/r/HiTMAN/comments/l9kxmm/kojima_in_hitman_3, this NPC in Chongqing is a Hideo Kojima reference, for two reason: 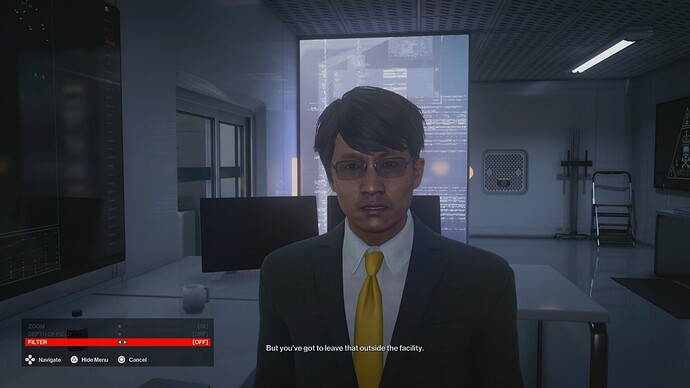 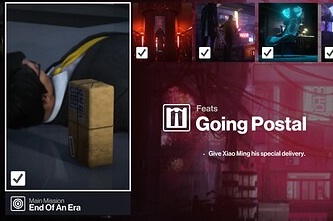 The biker gang symbol is also a wolf eating the sun.

one used in Hantu Port and Siberia

BTW, since they are labeled as Unique, they can’t be loaded in other levels. (At least to my knowledge) I tried loading up his models at Dartmoor with help of DisguiseAsAnyone program and Cheat Engine. They just result in a black “green man”… uh men (IASIP ref.

)
Haven’t tried yet, but perhaps one of his repo addresses will extract from one of the new levels RPKG, but as we all know reverse engineering and file resource hunting is the devil!

According to one version of the myth, Fenrir will devour the sun, and in the Ragnarök he will fight against the chief god Odin and swallow him.

What happens after nine are done?

You kill the other two

It’s going to be something obscure as hell. Like [Rep Tires] or something. ‘must have drugs’ , then there’s the two golden idols and the eggs.
There’s two things that stand out to me, the E.T. bike but more so the painted car with no wheels, it has the easter bunny on it → eggs and paint all over the place.
(imagine having to feed the hippo all 10 agents, lol).

How many eggs are known? I know of 2.

3 as far as i know, one in the trees / nest near hippo/chair, one where you climb from the roof through the window which is in a nest you can’t destroy. Can’t recall the 3rd one exactly but i have a save file of a 2 hour run on the map collecting everything lol, 2 golden idols, 2 cocaine etc.

Where is 2nd gold idol? One i know of is in the safe of club owner.

in one of the wooden crates in the biker section

There’s a huge number of egg and eye graffiti in Berlin, which has me suspicious because of the eggs and eye in the birdhouse. I’ve ran around taking photos of them all. I’ve placed eggs in locations where the eyes are making funny faces (over a urinal, or the bins/cig ash trays) and taken a bunch of photos of 47 while his reflection shows 3+ eyes in split mirrors. Nothing yet! Have also placed eggs in front of the birds with an ! above them, in the birdnest etc.

I found this potential connection:

“In Germany, and among the Pennsylvania Germans, toy rabbits, or hares made of canton flannel stuffed with cotton, are given as gifts on Easter morning. The children are told that this Osh’ter has laid the Easter eggs. This curious idea is thus explained: The hare was originally a bird, and was changed into a quadruped by the goddess Ostara; in gratitude to Ostara or Eastre, the hare exercises its original bird function to lay eggs for the goddess on her festal day.”

Source: Ostara and the Hare: Not Ancient, but Not As Modern As Some Skeptics Think | Folklife Today