To be honest, it’s about time we get some easy contracts. Your landslide contract was fantastic, but reasonably challenging. I wouldn’t mind an easy and flexible contract here and there. In-fact, they may be some of the better contracts because of how flexible and how well they suit the themes of the months they were featured in.

I’ve actually been trying to recreate an electrocution phone run, so far I’ve been unsuccessful, if you throw it in the wrong spot a nearby guard picks it up, you throw it in the right spot and it still only works when Abel’s in that part of his path (Balcony), which he only is at the start (Not long enough for you to get Stalker disguise) or he’s at the 2.5 minute mark (Much longer than Parisme’s run), THEN you still gotta get to an exit. (EDIT: I’ve just found a way to get him with phone at 1:10 mark, but still stuck with the stalker nowhere near an exit, so not sure if that’s what he did)

So I’m very curious what Parisme did

(EDIT 2: Using electrocution phone I got my time down, but still 32 seconds slower than Parisme, maybe he knows a way to an exit that’s way way quicker than me running all the way to the boat? Fixing the tuk tuk maybe? Otherwise he didn’t do electro phone I’m guessing)

Your landslide contract was fantastic, but reasonably challenging.

but thanks
But if you mean my “Sniper Assassin: Landslide” submission for this month then thanks! It’s all about surveying the environment to see what you can do with your sniper to get Silent Assassin, there’s multiple options for several targets so hopefully the player can figure at least one out, and I find that fun 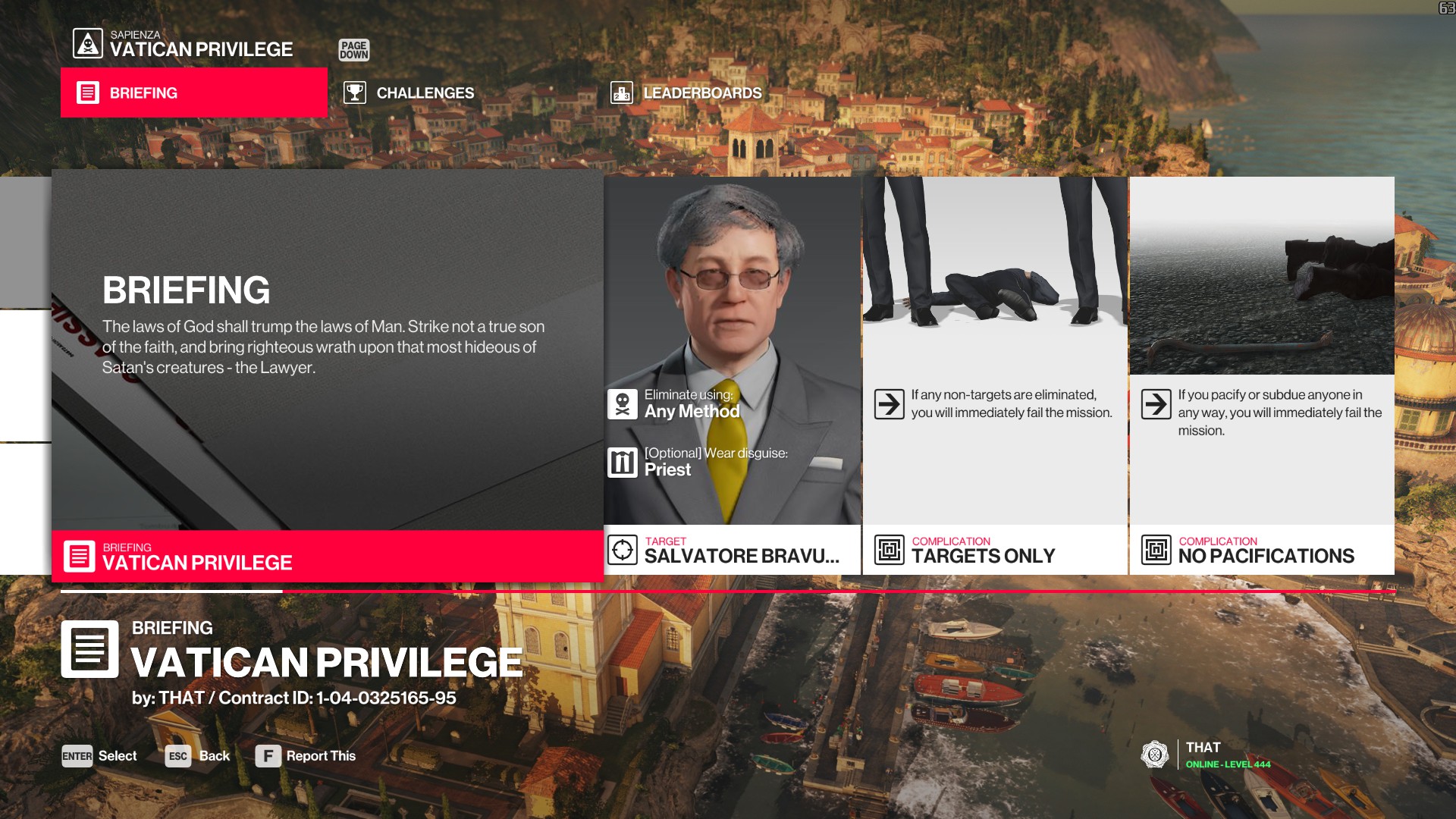 warning: very bad contract, i would have added a muffin kill to it but i’m saving that for my Magnum Opus of Shit Contracts

You think there’s nothing to do in Hitman? Well, that thing is about to change because everyone on PS4 can play these high quality New York contracts right away. Not only one, no, but TEN. That’s right, ten new bank contracts to test your new unlocks.

Warning: May cause disappointment to various degree. Satisfaction is not guaranteed. I do not take any responsibility and I’m not liable for any damage caused to your controller or system when playing the contracts.

Any kind soul to recreate my contract “May The Bell Ring Twice” on PS4, please? 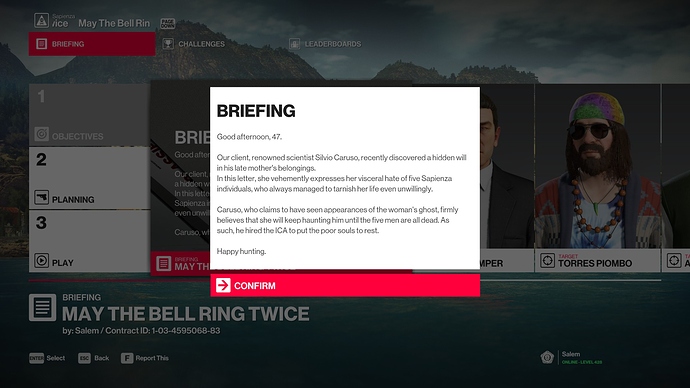 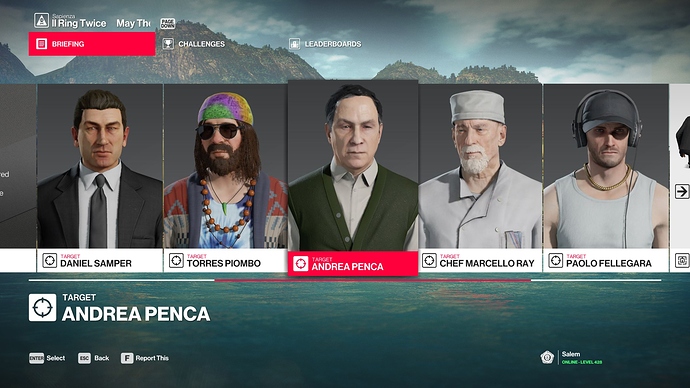 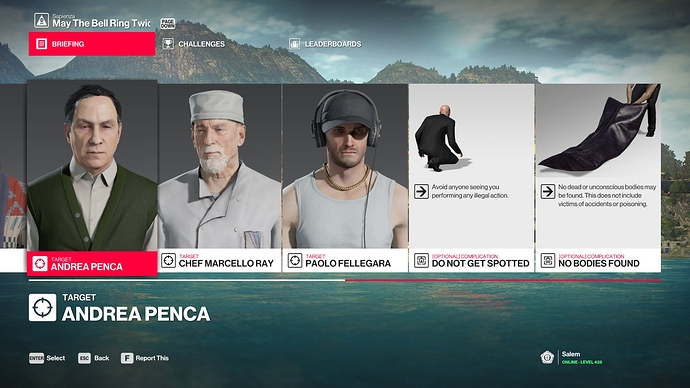 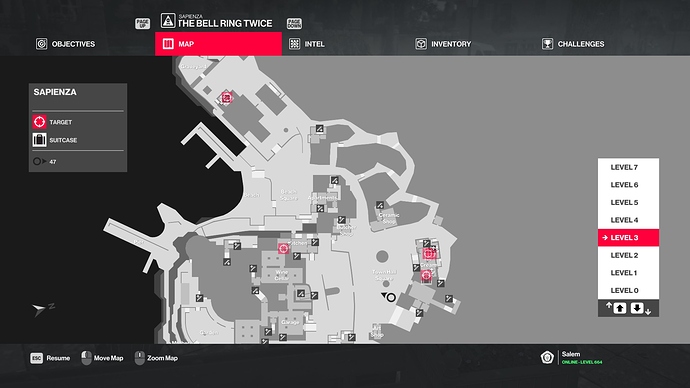 Do you still want Optional No Bodies Found now that H2 has a Silent Assassin tracker?

Ok so I have a really great contract I made in landslide. It didn’t fit this months theme so I’m going to wait for August.
It’s on Xbox one and it’s called “A Series of Unfortunate Events.” I think I’ve made some pretty good contracts but this is by far my best one.
ID: 3-04-6350789-65
This took a lot of time and effort to make and I hope everyone enjoys it!

Wait, I’m subscribed to PS Plus, but do you need PS Plus to access contracts mode? Mine’s expiring in August and I don’t know if I should renew or not because I only play single player games.

but do you need PS Plus to access contracts mode?

No, not at all. Ps+ is only required for multiplayer Ghost Mode/Sniper Assassin.

I thought he just made a joke

I created it with the old SA rules in mind so I’d rather keep them. Though the odds of a target spotting the corpse of another one in this contract are beyond unlikely.
Also this:

Not sure about the first part, but the second is 100% correct.

Some people might disagree with me but I’m not a fan of contracts without complications, even though I prefer their gameplay in general. That’s why I usually throw in a couple “cosmetic” complications, either for lore/immersion purposes, to make the contract appear less bland or look harder than it actually is.

EDIT: I also did a SA/SO/NKo run of it in 46s, with a sniper strat. Since a while ago you were wondering how long the contract was.

Basically anything that neuters that goddamn electrocution phone.

Jokes on me. I thought any online stuff involving other players would require it.

We all learned something

But you didn’t know he wasn’t joking

Keep it together Doom