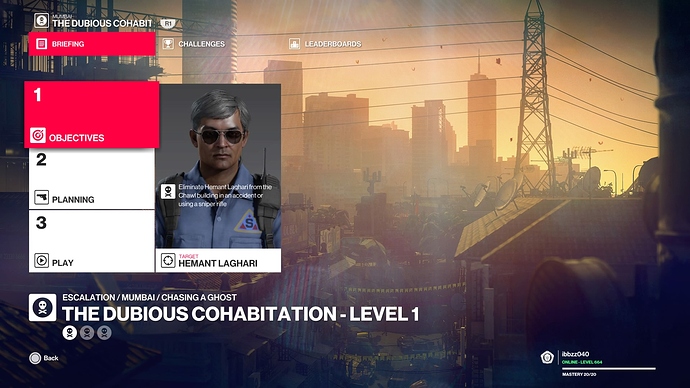 Level 1:
Eliminate Hemant Laghari from the Chawl building in an accident or using a sniper rifle.

Info:
It’s Mumbai’s turn for an Escalation Contract and this one comes loaded with a brand new suit to unlock!

Assist the Kashmirian to unlock the Cashmerian suit; 47’s own take on this stylish disguise. You’ll be needing your best long-range tactics to complete this one and earn the right to wear the new pinstripes. 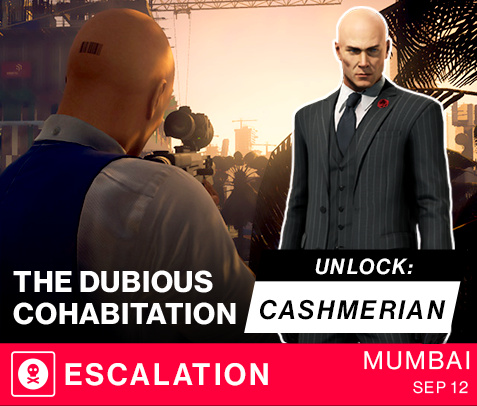 The quality of the suit is poor 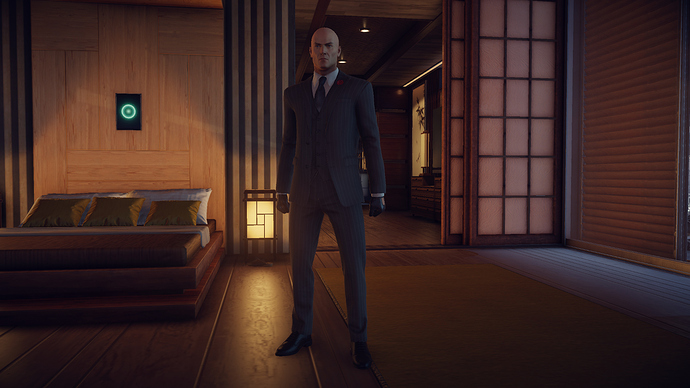 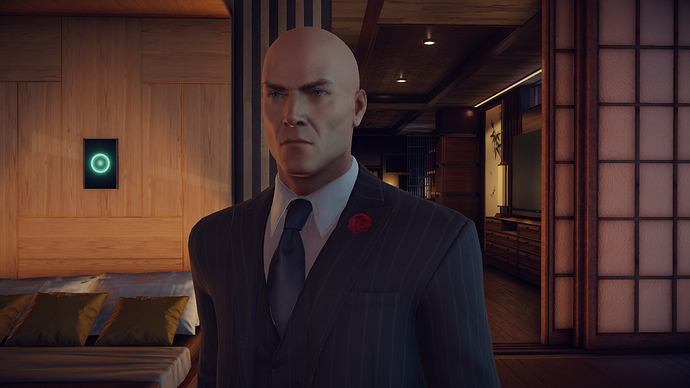 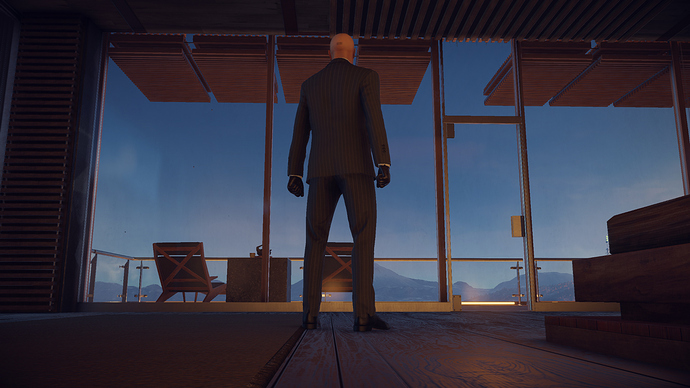 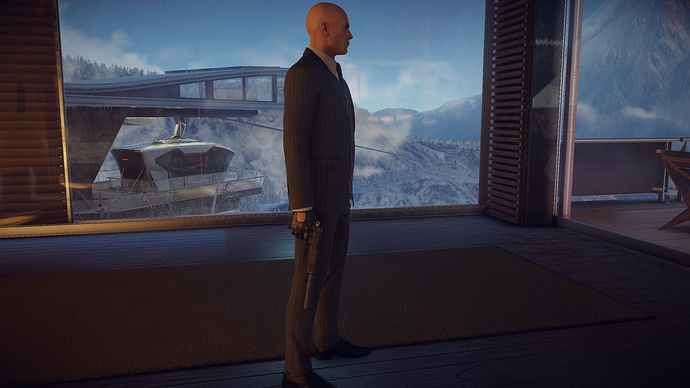 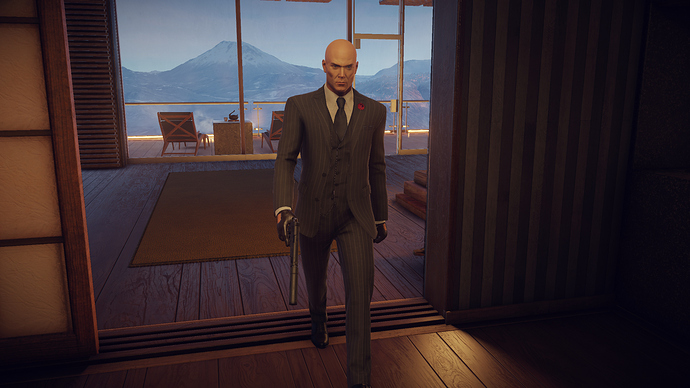 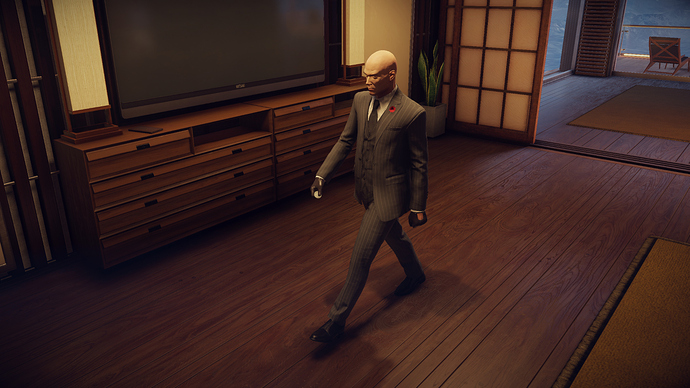 I have to dissagree. It’s gorgeous.

Yeah i like the suit, but the pinstripes make it obvious how low res it is 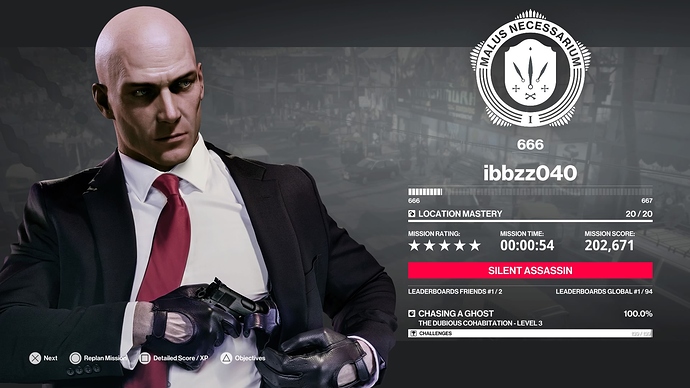 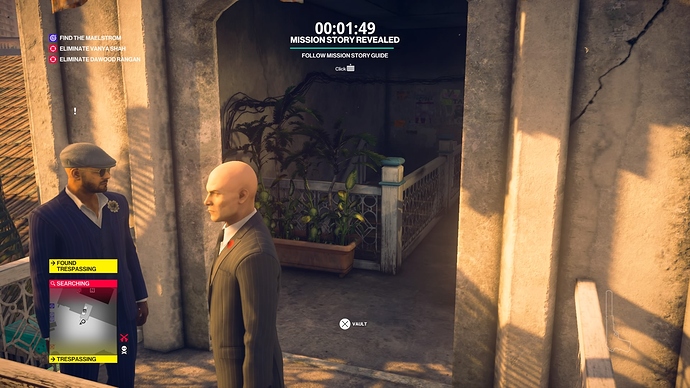 SA on all levels: 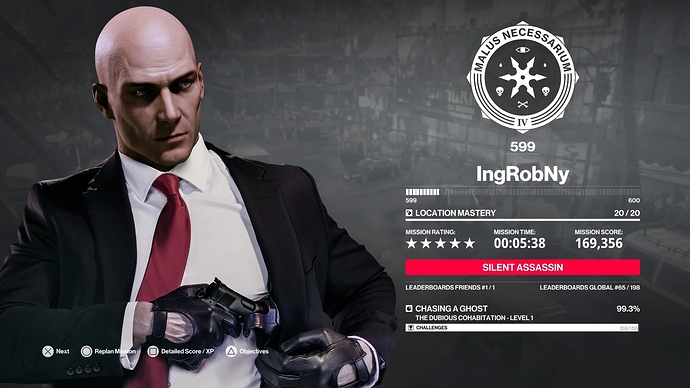 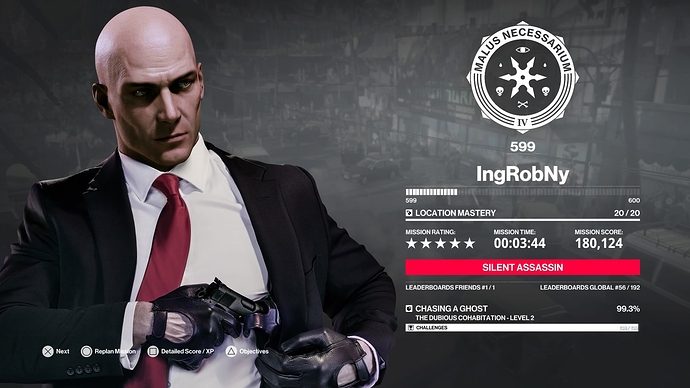 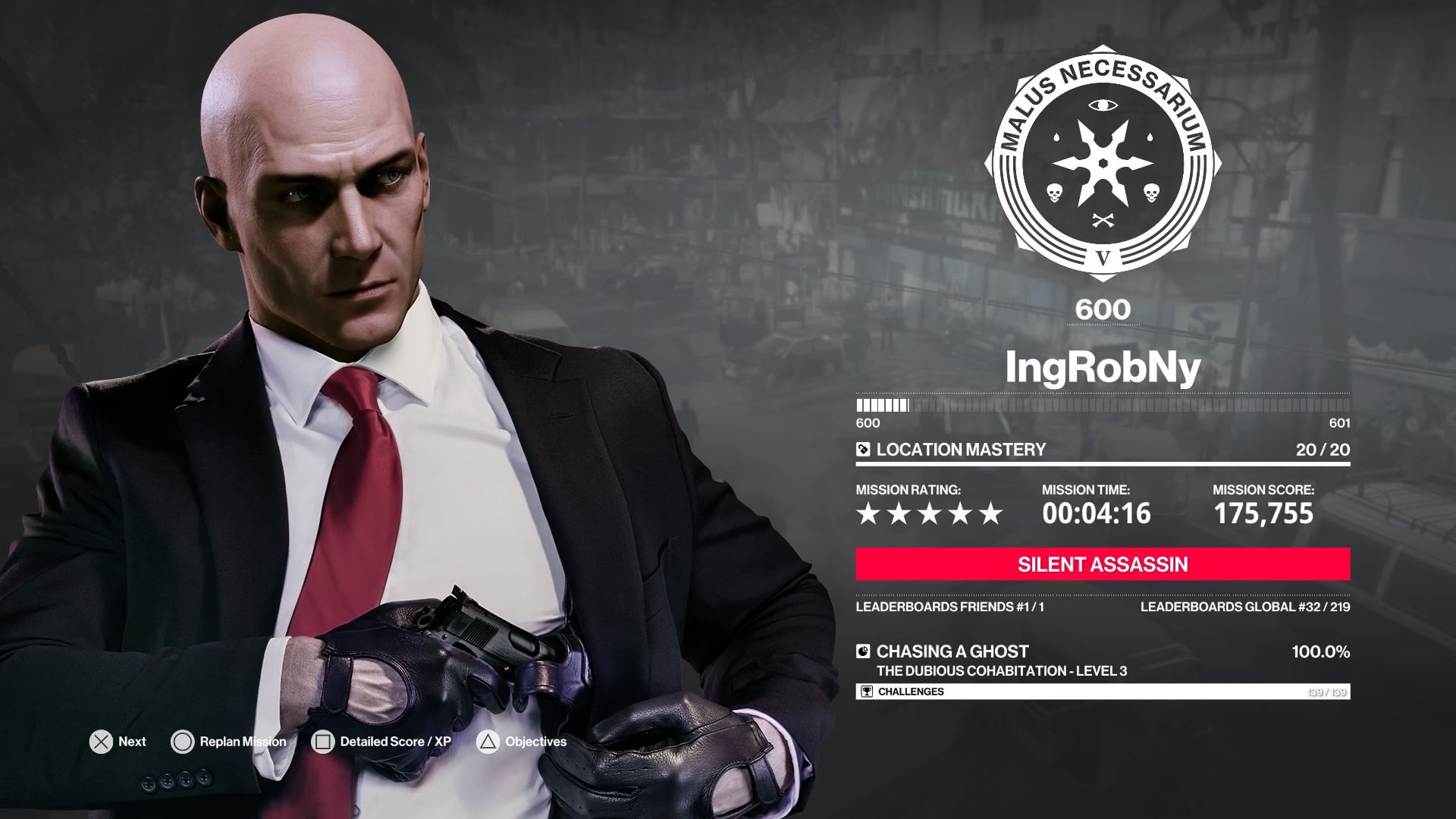 And a new suit:

Agent 47 is in New York and checking his bank balance: 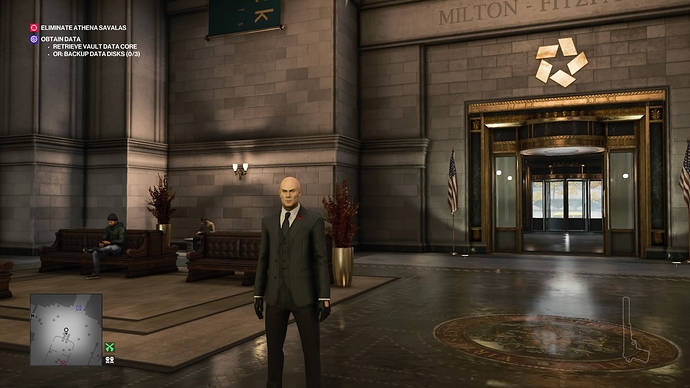 Hey it is Paulie7 an Ort-Meyer clone who went into the “waste-disposal” and “construction” industries instead of working in the “retirement” industry like 47.

The Sniper and The Spotter 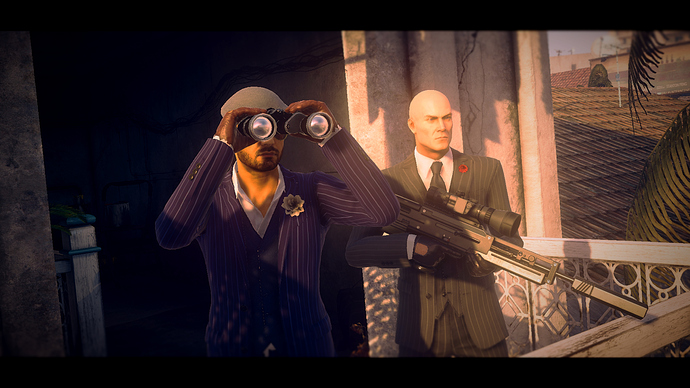 Another disappointingly low resolution suit. The concept is great and kinda looks like the outfit from the mission of RIR from Contracts, but the pinstripes look bad when up-close.

Also, what does IO has against belts when wearing a suit? At least this time the suit doesn’t lacks buttons and ironically, these are of a higher resolution themselves.

The escalation was EZPZ but beary nice. I just wish they stopped using the low quality textures for these suits that should have being as neat looking as the ones from S1. 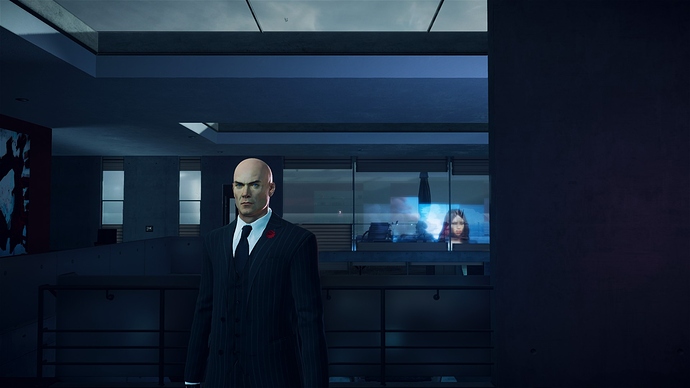 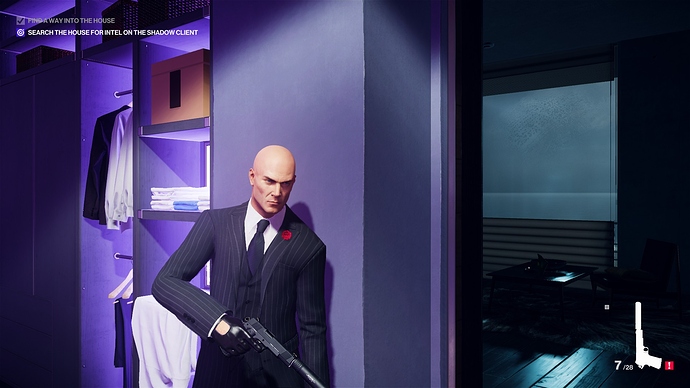 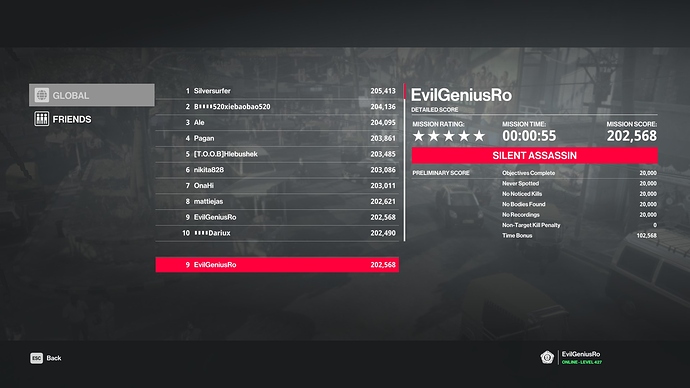 Doubt I’ll ever see my name in a leaderboard ever again. 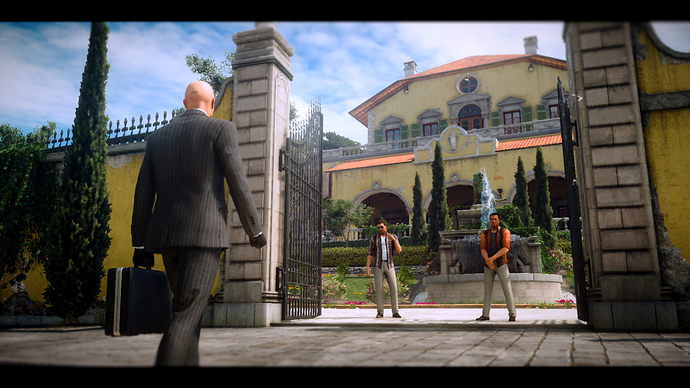 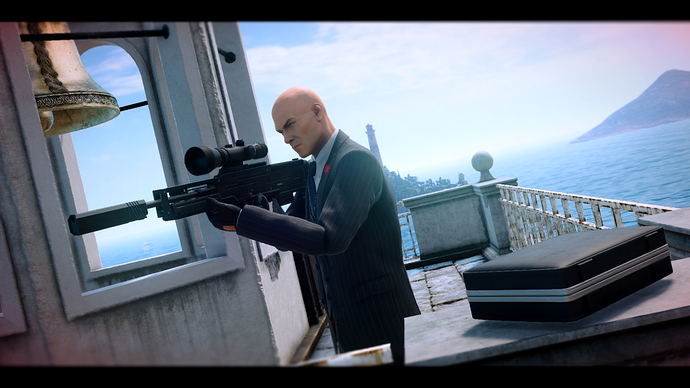 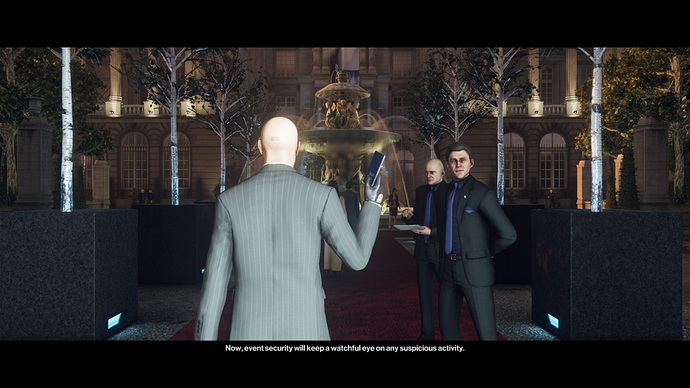 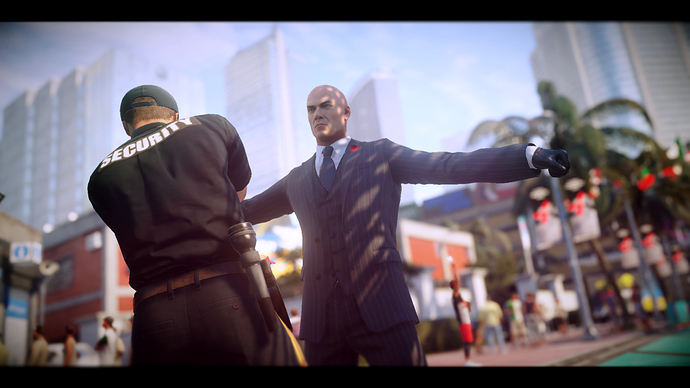 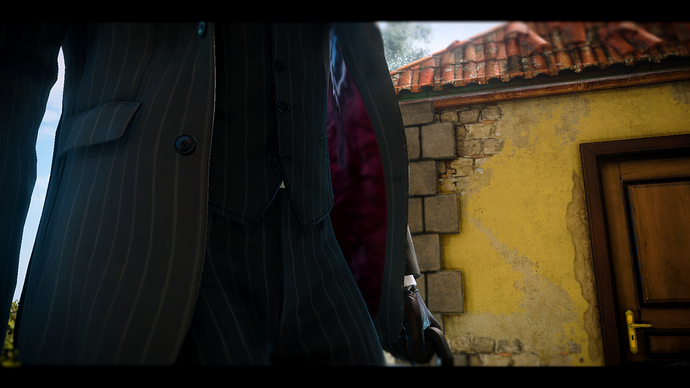 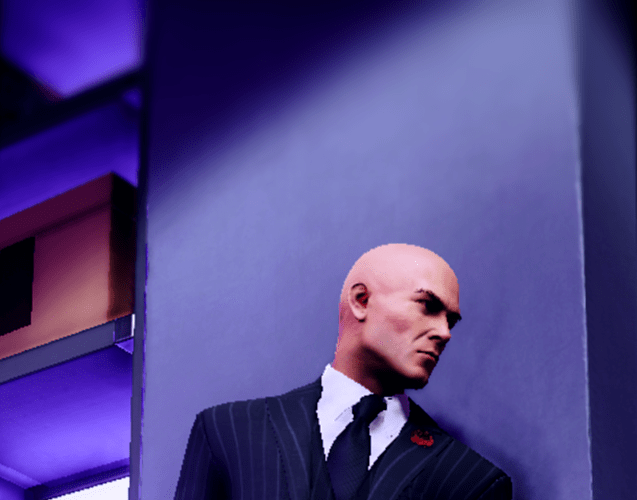 Reminds me of the public enemy suit from Absolution. Great suit even if it’s low-res.

Also a fun little escalation that felt like an actually escalation – look at you Covert Dispersal. Wouldn’t mind seeing more sniper Escalations that require you to kill targets from a certain spot. The one in Sapienza was great, too, until they added random head turning.

Edit: Oh I totally didn’t harm the Kashmirian. Making him puke out his soul doesn’t count as harming, right?

Well, I finally got my wish of a sniper escalation; I was also relieved they didn’t pick the same targets as my Chawls sniper contract, that would’ve been awkward. Although the targets they chose in the end were way too easy compared to what I would’ve picked out for an escalation like this; maybe they have a policy of making them easy if there’s an unlock? Although that wasn’t the case with the Delgado Larceny

Not a bad escalation, but yeah; would’ve liked if it was more challenging; something you actually spend time on figuring out, not just “Oh, well that’s the guy who walks underneath the crane, that guy’s just standing there in a window and won’t be found” etc

EDIT: The train target did require some figuring out at least.

But yeah, I reckon they could use escalations as a way of giving us a low-budget Sniper missions on existing maps; there are plenty of sniper spots across the maps of the game, even more if they use their dev tools to make a custom starting location on top of a building or somewhere we can’t get to normally (And make an exit right behind it), now THAT would be an awesome escalation

I eliminate Hemant with the ICA electocution phone and the mission fail.
Why electrocution with phone is not considered as an accident ?

I’m afraid any remote item won’t work.
You have to use only sniper rifle and only in Chawl

Nice escalation. I was really baffled on how to get silent assassin for a minute before I realized I had to put in work haha. (SPOILER) Went over to Vanya’s place on foot and knocked everyone out except the target first, then went back to the chawl and shot him. Maybe there’s a trick I didn’t realize there but I got the job done anyway! Cool looking suit.

I love that you can (SPOILER) shoot right behind the Kashmirian and he don’t hear crap.