Then try using the name I provided and see if it works.
Maybe you have better luck than me in getting the game actually play your custom song instead of having it muted.

(Either way the background didn’t change like it should’ve; I take it that image has a different name too?)

EDIT: Just tried it, still plays vanilla 2018 menu music. I’m just gonna have to re-extract everything all over again

Maybe. If the .wav format doesn’t work then you might have to use Wwise to convert it into a .wem file.

(Either way the background didn’t change like it should’ve; I take it that image has a different name too?)

Okay, I tried replacing all three of those names, still everything’s vanilla.

I’ve made a folder in the patchbuilder folder and called it “chunk0”, I’ve then made my own “GFXI” and “WWEM” folders in that, where I’ve put the replacement images and .wavs with the names you’ve provided.

I’ve then dragged that chunk0 folder onto the patchbuilder EXE, and renamed the resulting .rpkg to chunk0patch5 (The patch I’m up to, because I already have a mod before this)

Does any of that sound wrong?

EDIT: I’ve just noticed that the .rpkg it’s making is 1kb… which means there’s nothing in there… so I’ve definitely done something wrong

I assumed you patched the packagedefinition.txt, right?

You don’t actually need folders in your “chunk0” folder, just place all the files in “chunk0” and that’s it.

EDIT: I’ve just noticed that the .rpkg it’s making is 1kb… which means there’s nothing in there… so I’ve definitely done something wrong

I believed IOI is actually going to use chunk0patch4 in some way because it’s always gonna appear as a 1kb file if you remove it and then verify integrity of game files now. Start naming your modded rpkg files from “chunk0patch5” for now on.

It’s getting late here so I’m gonna have to basically leave it here for the night, but here’s what happened in Powershell (Command window wasn’t an option with shift right click)

EDIT: Now no music is playing, and the background is pure black (Not what I wanted) which tells me I’m replacing the right files, but with the wrong file type. I’m getting closer! Guess they really can’t be .jpg and .wav

UPDATE: I managed to replace the background, but I notice it no longer says “Press Enter to continue” or the title, or anything. Also, the music still doesn’t work even though I took the 2016 WWEM version this time to replace the existing H2 WWEM 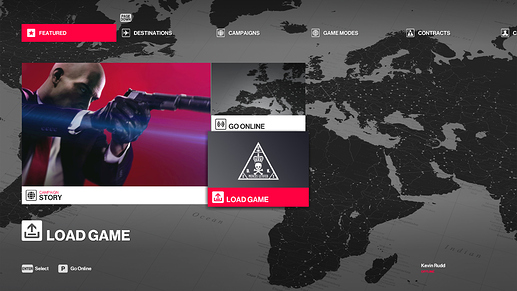 UPDATE 2: Turns out one of those files (Thing you mentioned was ‘title’) I shouldn’t have tried to replace, now the background is working properly

Still gotta figure out the music tho, you’re right, it’s just silence. Even though I’m just taking a file from H1!

In the thread “Hitman Audio Converter”, Notex says you need “Wwise” to convert things to usable WWEM. I’ve just gone to their website but I click the Windows download and nothing happens in my browser, I click the other button and it wants me to sign up for some reason

Lame, I was hoping for an offline version. Hate signing up to things.

Anyway, try it with your song and let me know if it even works; I’m logging off for the night now; thanks for your help so far!

(Hope people reading this thread don’t mind our conversation, but chances are someone else would make the same mistake/s I did, so they may as well have the answers written out here to read)

Also, the music still doesn’t work even though I took the 2016 WWEM version this time to replace the existing H2 WWEM

Also I told you before that getting my custom song in the menu screen is just mute for some reason but not if it’s played in other situations like starting a mission.
Anyway, you’re welcome.

also; the links you have to patchbuilder don’t contain any exe’s, and yet all the readme’s say to use a patchbuilder exe? What’s the deal with that?

The link is correct. You just need to go to the releases page for the exe.

Out of my depth here, naturally; but if you open up the music files of the two menu themes (H2 and 2016), you notice that there’s a reference to ‘cue’ and ‘tempo’ in the H2 one which isn’t in the original. These references are also NOT in other H2 WWEM files. Perhaps it confirms the theory @mkoch227 mentioned? Might there be a way to copy and paste that info into another WWEM file?

image.png1751×520 82.3 KB
I can dick around and try it just using notepad, but I have no idea where I’m meant to start and stop copying in the line of code and random symbols.

UPDATE: Tried randomly copying and pasting the first chunk into the custom music file, but it didn’t work

Also, there are a few tracks with that ‘cue’ and ‘tempo’ information, it seems none of them can be replaced (Tracks like the debriefing screen, pause screen etc)

If we can figure out how to get past this it would be fantastic (I already tried changing an H2 track with existing tempo data to match the menu’s tempo number [116], didn’t work either)

The link is correct. You just need to go to the releases page for the exe.

I must be extremely blind then, I follow the link and I get this, which doesn’t have the word releases anywhere on the page 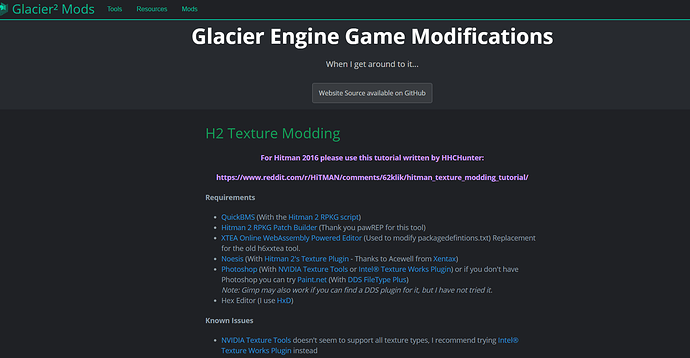 image.png1719×893 88.5 KB
And when I click on the patchbuilder link either there or from “Tools>Hitman2” in the top left, it takes me to this page which has no EXE, and again no references to ‘releases’ :S 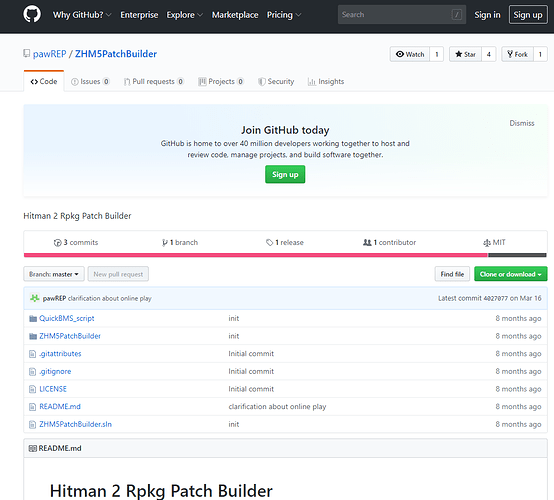 And when I click on the patchbuilder link either there or from “Tools>Hitman2” in the top left, it takes me to this page which has no EXE, and again no references to ‘releases’ :S

You are forgiven… for now. Next time I’ll have to get 47 involved though 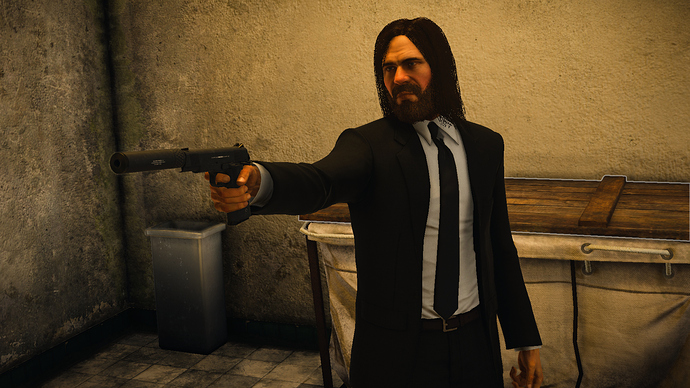 Special thanks to @HMBM47 for some individual body part modding techniques! Never thought I’d see the day to play as the hippie in a suit. Looks a lot like John Wick. 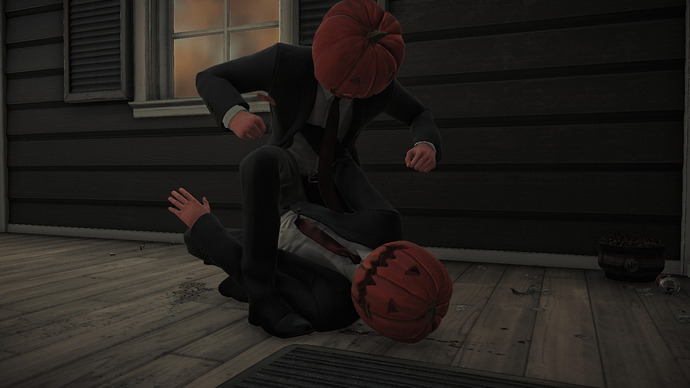 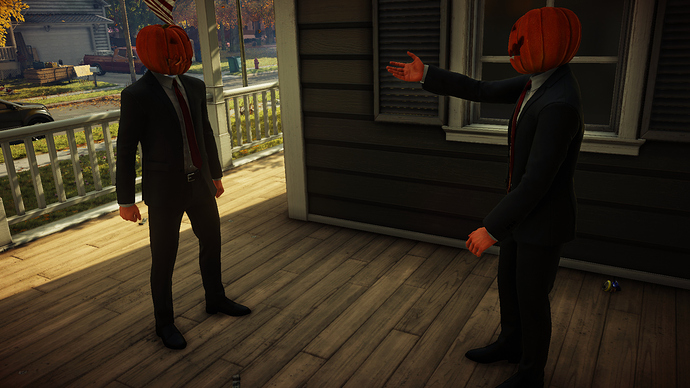 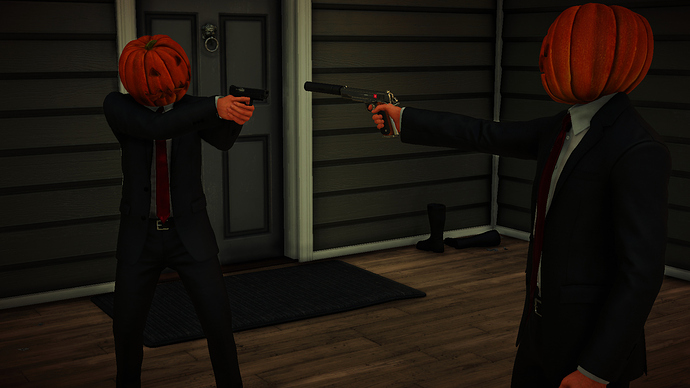 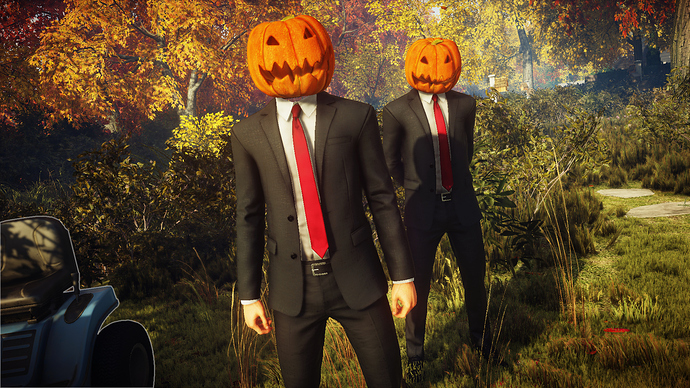 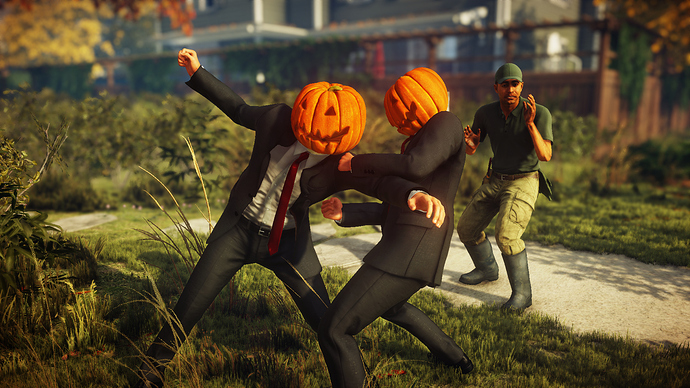 people are getting a lot better at modding this game

For what it’s worth, here’s what I came up with for replacing the H2 menu with the red 2016 menu background/s (Including what seems like an unused red one, which I put as the Title screen to spice things up). This mod replaces the H2 menu with the classic red HitmanTM Season 1 (2016) menu. 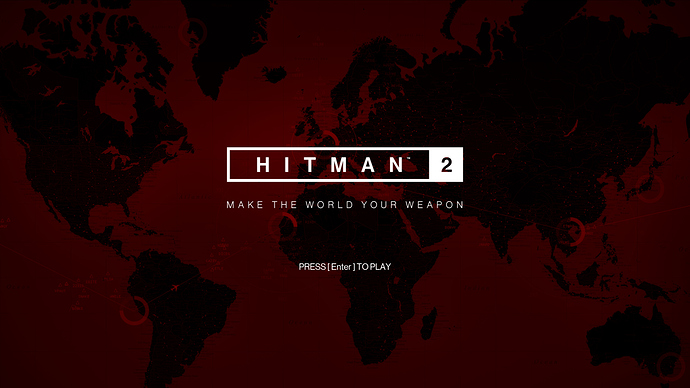 Sadly does not come with the music (I’m still working on it! But looks like a lost cause), nor does it replace loading screens (Which it turns out are video files… if anyone has tips on replacing GFXV files, please hit me up!)

But I’m sure someone at Nexus will take it down if I did something wrong. 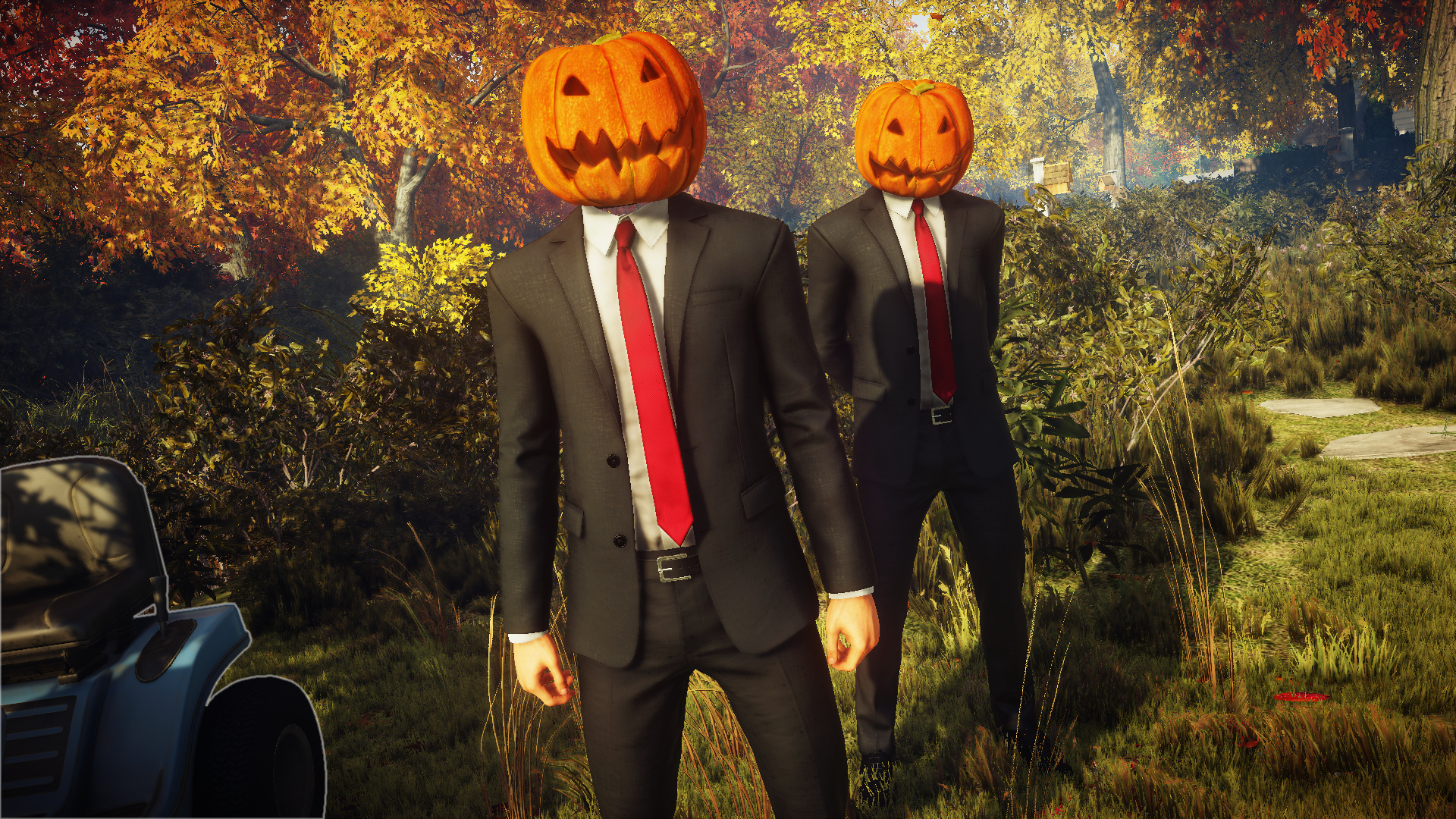 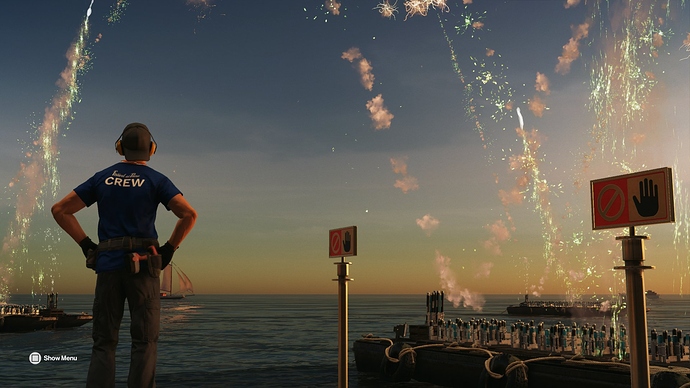 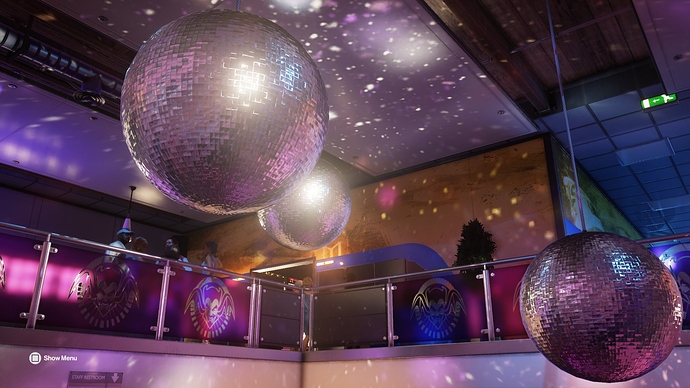 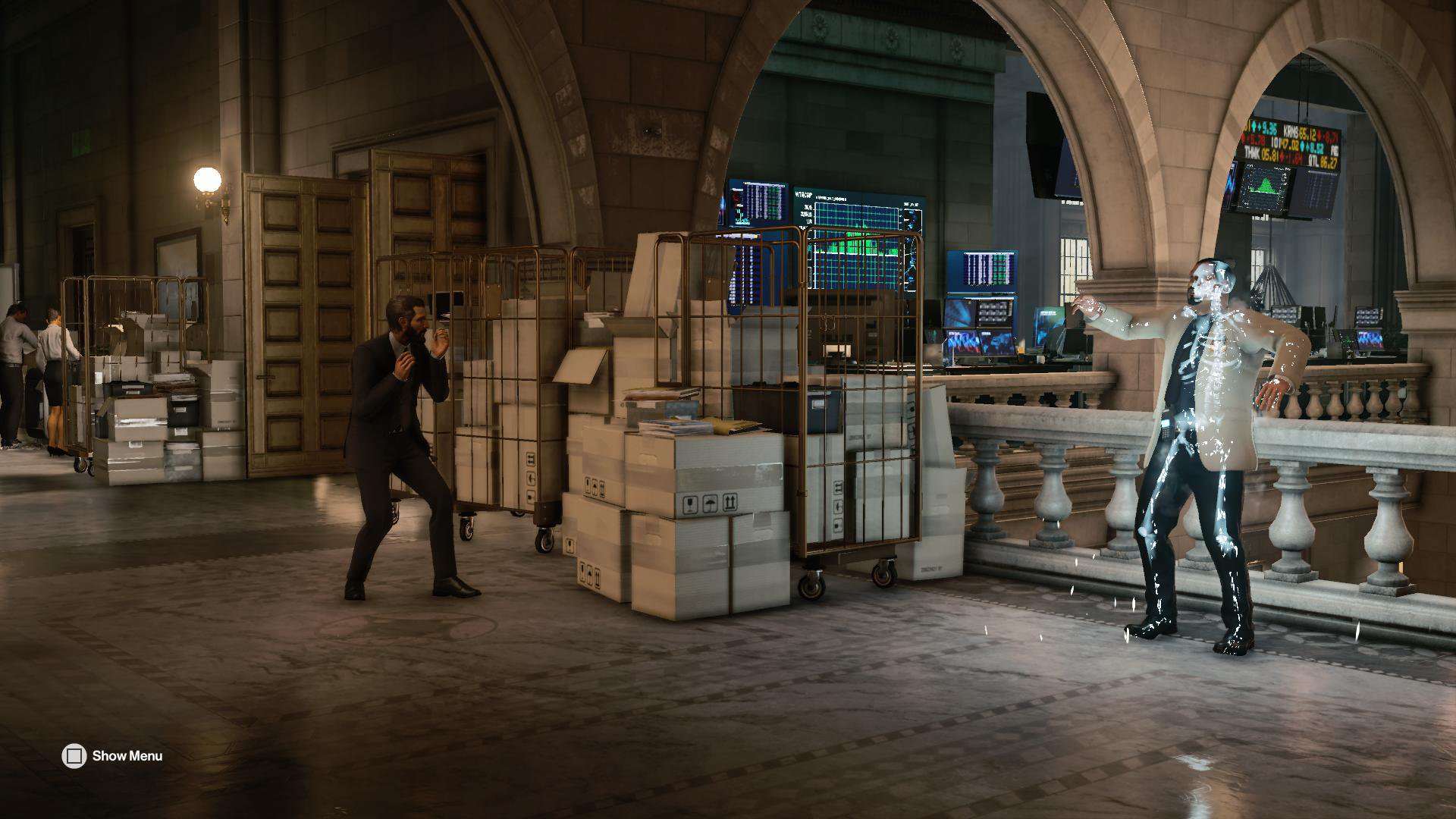 Hopefully one day tho