Now I’m wondering what is the best deal for both games at PS4.

There is active discount of Hitman 2016 GoTY edition for 10 bucks (do I understand correctly it contains all the stuff?), so it’s easy one.
How about Hitman 2 - do I need to buy basic game and then season passes? Or is there possibility to get ‘all stuff and don’t worry’? Is Hitman GoTY edition visible in Hitman 2 UI and all achievements/progress synchronized?

So, what would you recommend to do for end-to-end story?

There is active discount of Hitman 2016 GoTY edition for 10 bucks (do I understand correctly it contains all the stuff?)

Yes, this is the fullest HITMAN 2016 game

How about Hitman 2 - do I need to buy basic game and then season passes?

Gold Edition is your choice

Is Hitman GoTY edition visible in Hitman 2 UI and all achievements/progress synchronized?

I’m going to assume it works the same on ps4 as it does for pc. Looking at the ps4 store it seems to work the same.
I bought hitman 2 gold Edition, which gives you all of the content of that game. I then bought the GOTY legacy pack for that game in order to get all of the content for hitman 2016. This should add all the content of the 2018 game and all of the levels, items, and story from 2016, including patient zero and bonus content.

So in short, buy the golf edition and the GOTY legacy pack to get everything. It will be accessible in hitman 2.

As you can see, I own all the content by buying the gold edition and the GOTY legacy pack for hitman 2 2018. 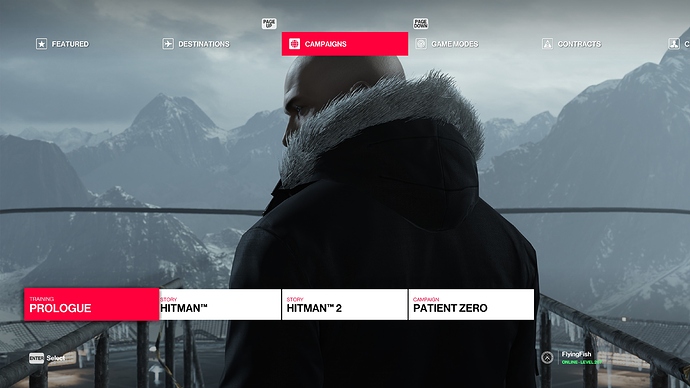 As a sidenote that I find amusing. If I ignore sales tax, the total for me when I bought these on sale is $47 USD. $27 for the gold edition, $20 for the legacy pack. It made me very happy. (As long as I ignore the sales tax, then its $34)

I then bought the legacy pack for that game in order to get all of the content for hitman 2016. This should add all the content of the 2018 game and all of the levels, items, and story from 2016, including patient zero and bonus content

Legacy Pack does not contain all this.
Legacy Pack is the only 6 basic locations from HITMAN 2016.

All that you listed is included in GOTY Legacy Pack

Oops. I meant to say game of the year. I was looking at gold on the ps4 store when I typed that.

Gold Edition is your choice

It depends, really. I bought the standard edition and the expansion pass separately in a sale and it worked out cheaper than if I were to get hold edition in the same sale, but normally gold is cheaper.

Ok, just to enlight this thing to @tryta here’s what it is:

It helps a lot, all those versions give me a headache.

@misterkiller - so it looks like I can buy Hitman 2 for 20 eur + Hitman 2 Expansion Pass for 40 eur instead of bundled Hitman 2 Gold Edition for 100 eur.

To get Hitman 2016 “inside” (or through) Hitman 2 I need Hitman 2 GoTY Legacy Pack which is unavailable at Playstation Store, so it seems it’s impossible at all now and I have to buy Hitman GoTY Edition as separate game, right?

well, I’ve to admit it really sucks but anyway - thanks for pointing this out!

It’s up to you what to choose.
If it looks better (and cheaper) for you, do so

Hitman 2 GoTY Legacy Pack which is unavailable at Playstation Store

How could this be possible?
Is GOTY Legacy Pack Upgrade available?

I have to buy Hitman GoTY Edition as separate game, right?

It depends if you want to have both games.
If you’re pretty ok with only full HITMAN 2 game, it’s not necessarily to buy HITMAN 2016.
But if you buy this edition (or already own it) the GOTY Legacy Pack for HITMAN 2 should be completely free for you.

But if GOTY Legacy Pack (Upgrade) is unavailable for some reason but you want to have the full HITMAN 2 game, you have no choice except to buy HITMAN 2016 GOTY Edition…

In the PC version, if you own the 2016 game on steam hitman 2 will register that and allow you to download the equivalent of the GOTY legacy pack for free. Any progress is left behind and you have to start over, but all the content is now nice and neatly in one game. If this works the same on PS4, you can buy the 2016 game and hitman 2 gold edition, and hitman 2 should see that you own both and allow you do download the legacy additions to it. If you have haven’t played any of 2016 there isn’t any progress to lose.

From IOI’s website:
"If you own a full version of HITMAN, you can download the corresponding HITMAN Legacy Pack at no additional cost.

If you do not own a version of HITMAN, the HITMAN GOTY Legacy Pack will be available as DLC for HITMAN 2 for $20.00 USD. HITMAN 2 disc owners will need to use the HITMAN 2 in-game store. Digital owners can either use the in-game store or the platform store (PSN or Xbox Store).

Players who own HITMAN – Game of the Year Edition (or have upgraded to the GOTY Edition) or own HITMAN: Definitive Edition, will be able to redeem the HITMAN GOTY Legacy Pack."

This might be a good way around PlayStation not having the GOTY legacy addition available.

How could this be possible?
Is GOTY Legacy Pack Upgrade available?

When I try to play Hitman 2016’s mission inside Hitman 2, it says I don’t own that (that’s right) and opens Playstation Store, where I can buy Hitman 2 or Hitman 2 Gold or Expansion Pass.
When I go to Playstation Store from PS4 main menu and type ‘legacy upgrade pack’ I can find this as bundle but cannot buy, it says it’s impossible. No price, no info, nothing.

It depends if you want to have both games.

Well, I’m more worried about gameplay’s content - if I can get all stuff in one box (no switching between products etc) that’s awesome! If not, I’m not going to cry.

But at least I somehow ‘unlocked’ GoTY bundles.

Once again, thanks for help guys; have a nice day!

Seems that it’s free playtime is still ongoing on PS4.
But it’s time limited and who knows will you be able to play these free packs when this thing is over.
Some say it will stay with you forever and playable, but who knows how it will be in real.

Just take into mind if you won’t be able to play what you’re downloading right now in some time, you will have to get back to this craziness

But if it will stay, then you shouldn’t worry anymore.
I personally don’t have any console and don’t know how their system work.
But you better be informed now, than unpleasantly surprised later, right?