Description : In the Mission Story “Contract: Dawood Rangan” the Maelstrom meets Vanya Shah in the trainyard. After their conversation he smokes. When he leans back, his head clips through the gate, making it possible to shoot him from the outside. 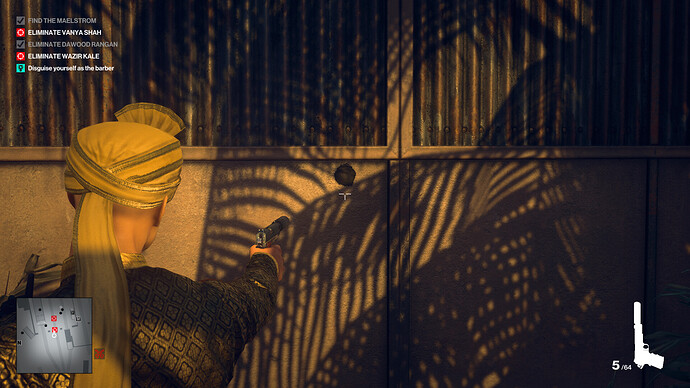 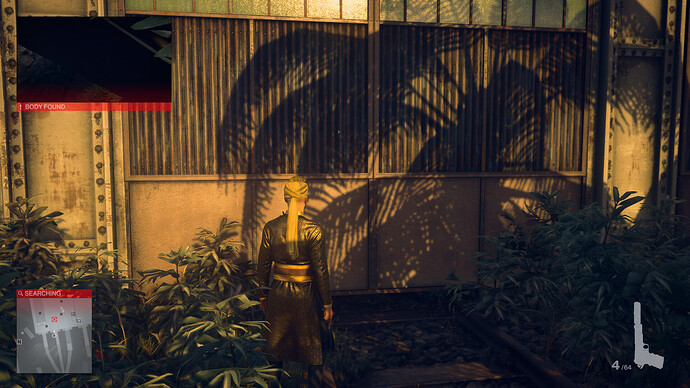 I am having the same issue regarding the shortcuts in China. Also, the facility exit door does not reset upon starting a new mission. The result, I cannot obtain the challenge or trophy. I would also like to mention that the estate wines challenge on Mendoza also does not trigger at all. It appears on the intel tab but they do not count towards the challenge or trophy. Please fix as soon as possible. This is an otherwise perfect game. I would love to see a true royale adaption on a small scale similar to assassin creed’s old style.

To reproduce: KO an NPC in a sloppy way. This will lose the “Never Spotted” and “No Noticed Kills” on the scoring card.

Frequency: Always, as far as I can tell.

Video proof and reference from @ZeroGravitas: 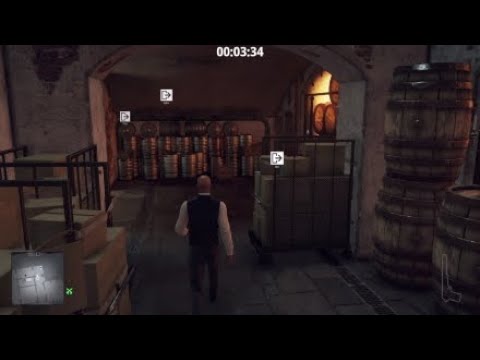 I think you’re right. I haven’t watched your video yet, but I was curious, so I fired up Paris, pushed Dalia onto Viktor (always a good time) and then made a save (with SA, of course) right before exiting in the basement. When I punched a chef in clear view of another chef, I lost never spotted, no bodies found and no noticed kills. When I lured one of the chefs away and punched him in the face without anyone else around, I lost never spotted and no noticed kills.

Description : Semi out of bounds bug.

Start at the top of stairs (seen in video) and run down and into the railing at about 25 degrees. you will hop up ontop of the railing.

Frequency : Its very easy to replicate. i only discovered it just by running down the stairs after killing a elusive target

Platform: Xbox Series X
Description: I am unable to unlock the Remote Semtex Demo Block MK III because I completed the Featured Contracts - Track 2, Tier 3 challenge before the February Patch. [ STILL BUGGED ]
Steps To Reproduce: Some players (like myself) replayed the featured contracts located in the ICA Facility, which counted towards the Track 2 challenges.

If this isn’t fixed in the next patch, I’m assuming that affected players will also be missing the associated unlock when Tier 4 & Tier 5 are given proper rewards in the future. I fear that because so few players are affected by this bug, it might go unnoticed by the team. @Travis_IOI 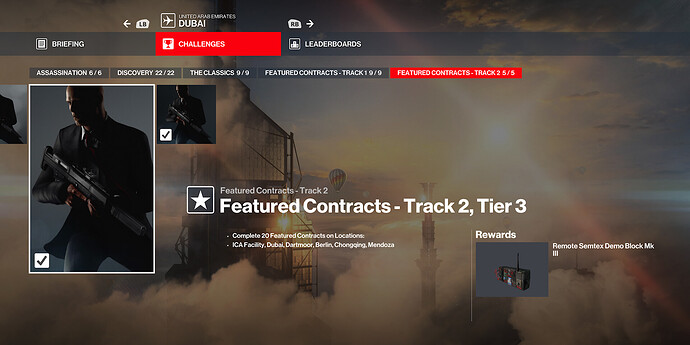 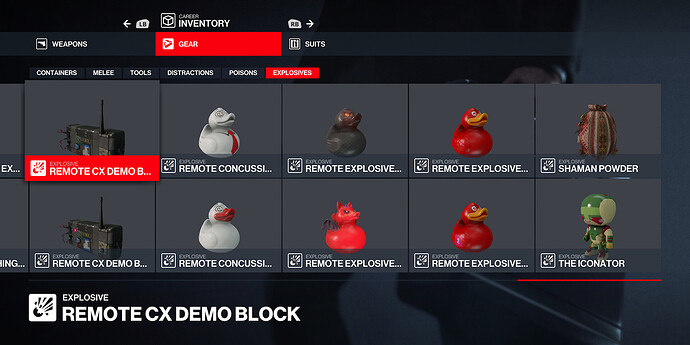 Have the same one on PC.

**xbox series x
** Haven Manta ray hut
Briefcase swept into closet. Wasn’t underneath the hut ,was on same level as closet. The map proved it. The doctors closet ate my briefcase and it wouldn’t give it back!

Description : Unable to complete these three levels because I’m disconnected from the server upon completing the objectives. They initially worked soon after attempting Hitman 2 migration on launch day as I was able to complete Himmelstein and Hantu Port to get the trophies for those levels but for most of the last two months I get a disconnected message (see image). This makes it so I’m unable to see the leaderboards, increase mission mastery, or unlock the remaining trophies for Siberia that didn’t port over from H2. This doesn’t happen for any non-Sniper maps, including the ported H1 and H2 maps.

Frequency : After the first week after launch, it happens every time I complete one of the three Sniper maps 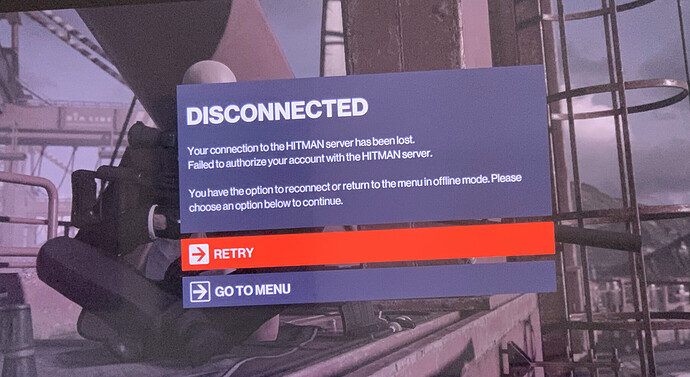 There’s a bug on the Bangkok level, & The Haven Island level where the boats in the background continuously shake (PS5). Check out this video from PS5 4K gameplay on YouTube. 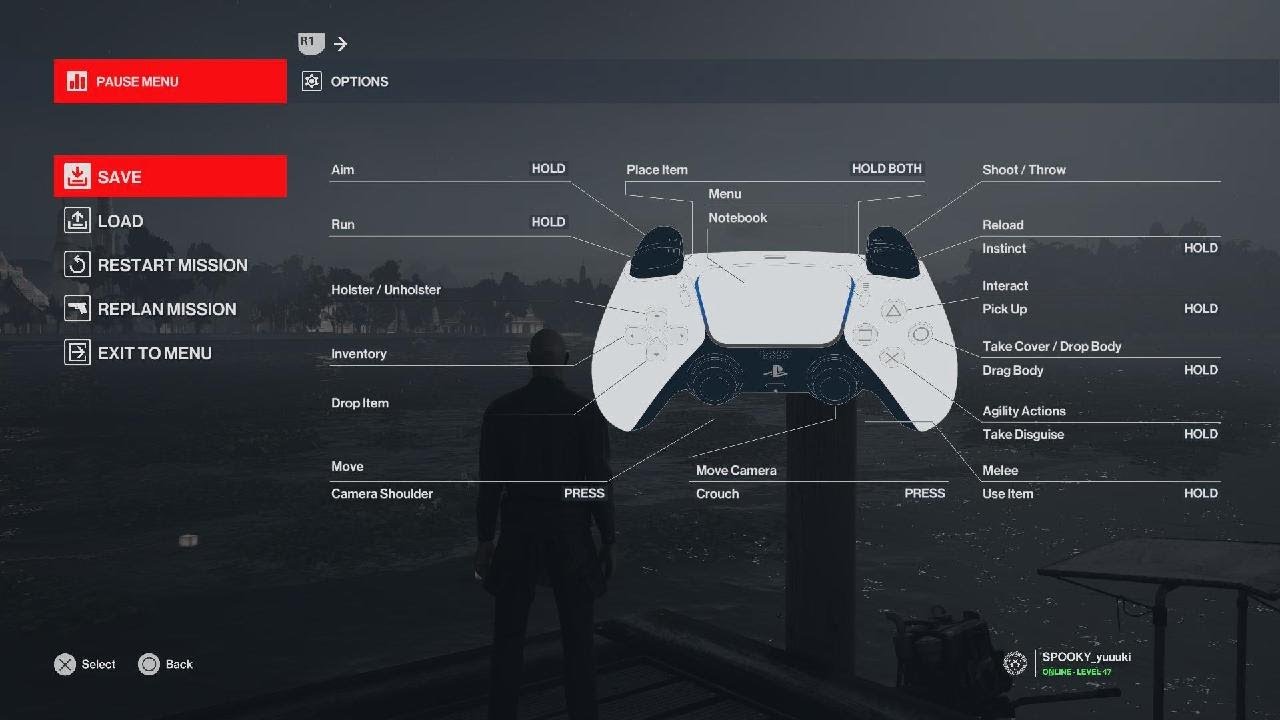 I’m having this same issue on Xbox 1 as well. Is there any update if there is a fix for this?

Same but it’s for Paris and Berlin and maybe another mission that I don’t care to even see if it has that problem aka Mumbai, Colorado, School full of very angry people, hawks bay

There’s an NPC named “A” in Mendoza.

“Shortcut: Inner courtyard” challenge not triggering after opening the shortcut.

At the same time, the Facility Elevator Shaft door is resealed in the game now, the “Shortcut F.E.S.” challenge has triggered but the door re-closes in game.
The inner courtyard door remains open, but the challenge does not register.

I have reopened the Facility Elevator Shaft door and it does not trigger the challenge for the Inner Courtyard Door.

I’ve done over 2000 challenges and this is the only one probably stopping me from completing everything in all 3 games to 100% … Argh!

Wow, this is actually more wide spread than I thought, how hasn’t this been fixed yet when so many people get this issue?

Description Loading saves can lead to glitches that wouldn’t otherwise occur if the game were played unbroken. In Bangkok, if you save and reload after playing the recording to draw Jordan Cross into his room, a scripting error will occur where Cross will walk up to his computer, notice 47, begin to react to 47, and then randomly just turn and casually walk out of the room.

In Sapienza, if you save and reload when Silvio is just about to enter his plane to escape, he’ll turn around and casually walk away.

In Dubai, if you save and reload on the platform beneath where the targets jump to escape by parachute, their parachutes will not animate.

In Mendoza, if you open the sliding panels on the circular skylights, then save and reload, the panels will be closed again. When you press the button to open them back up, the panels immediately disappear and the closing animation occurs because the game thinks they’re already open.

I have the same issue on Himmelstein only, reported on March 6th and retried several times.

UPDATE: This has been fixed for me with latest patch, working now!

Platform: PS5
Disc
Location: Marrakesh - A House Built on Sand
“Electric Boogie” challenge not popping. this is the 3rd electric kill not working for me within legacy content in Hitman 3,
the other two are “Urine for it” and “The Gig is Up” in Sapienza - Landslide.