Edit: And in testing this, the rain on roof of the Apartment Safe House(where you find the drone) doesn’t hit 47 or his suit. This is on the level with the sniper, not the higher level with the broken drone.

Location None (it’s an item)

Description: the Golden dragon weapon that you unlock from the lee hong derivation, it says it has penetrate but when tested it didn’t go through two bodies just one

4 posts were split to a new topic: Talk from Bug Report #1

Frequency: I’ve attempted to do this in both online and offline mode but didn’t work

Bug - mastery level carried over from Hitman 2, but sniper rifle upgrades/rewards not applied

Cannot play any custom contract on Mendoza. Clicking on one produces the error message below. 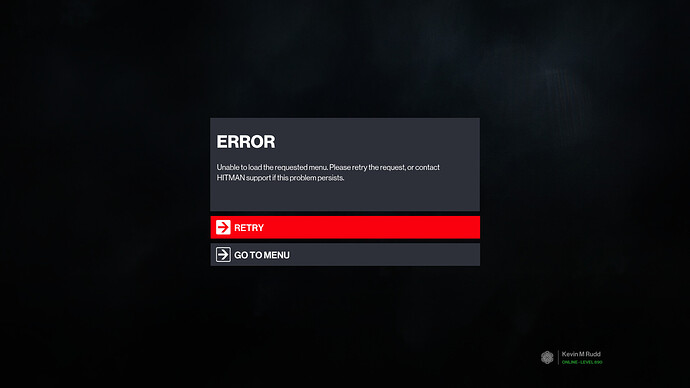 image1920×1080 116 KB
@Travis_IOI I don’t usually tag staff but at least two other PC players have this issue… I think no one in the entire game can play contracts in Mendoza, on PC at least. Seems like a big deal

Edit: Have recieved confirmation from 6 PC players, 1 Xbox player and 1 PS player. Broken on all platforms.

Description: When disguised as the Board Member I cannot talk to the Woman in the restaurant who should take me to the Lab. Neither before or after I get his form from his room

Same. Happens to me aswell.

Platform: PS5
Location: Dubai
Description: At the private bar, there are two glasses superimposed on each other, a cocktail glass and a wine glass, on the bar table instead of one, which makes poisoning the glass that Lucy philips drinks use 2 vials of poison, as if you only use one, she’ll drink the unpoisoined glass. This bug is repeatable.

Platform: PS4
Location: Isle of Sgail
Description: 47 keeps getting hung up on corners and doorways and then can only spin around in one spot but can’t move, requiring a restart/reload.

These are the last two times it’s happened, but it’s happened to me at least twice before in the past day or two. 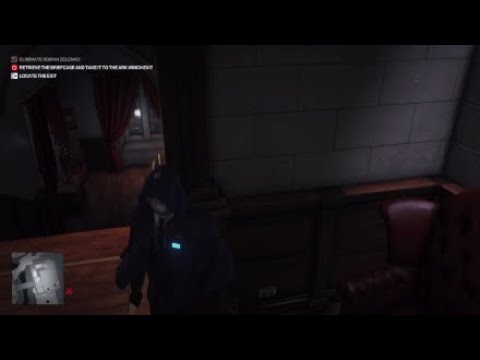 So many say nice things about my suit. “Now THATS white” “Youre so bright I cant see anymore” “What a nice white suit”. BUt Im wearing this

Same thing happens with other suits as well (since H2 actually).

I think they just have lines for wearing “unique” suits instead of precisely the color of the suit.
But it does sound goofy, and would probably be better with just a generic line so it’s not confusing.

Penelope Graves teleports to shack roof by the Slurry pit when meeting her as the Interpol agent. 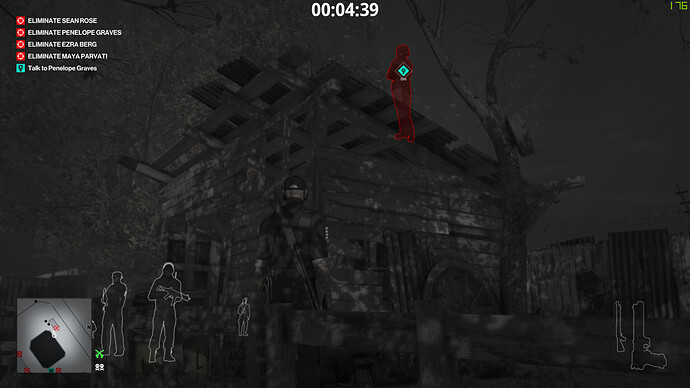 Tried this mission 10 times with different kill conditions. Retry does not work on disconnect screen.

And other levels can see the leaderboard, but The Last Yardbird can’t 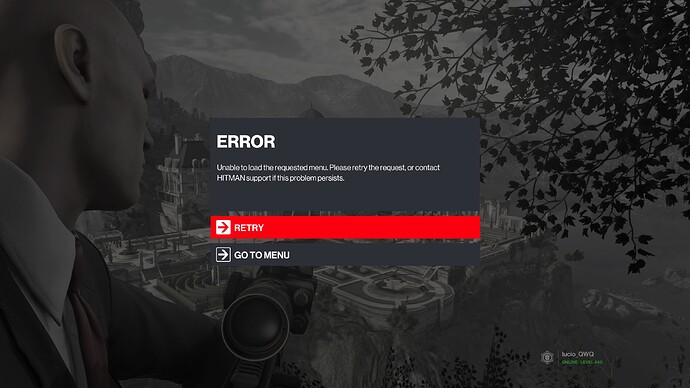 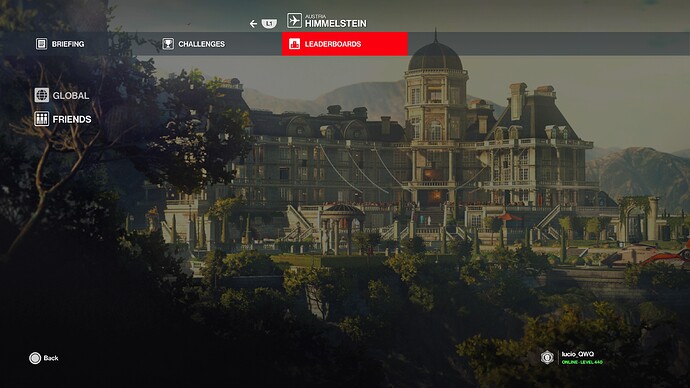 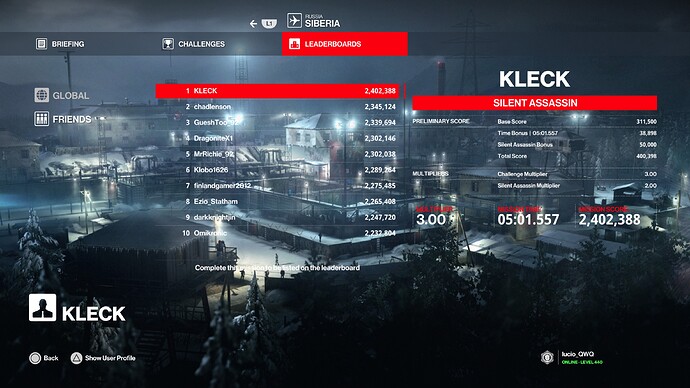 Some general bugs and oddities around the level:

The bar near Cornelia Stuyvesant has a cocktail and wine glass fused together! 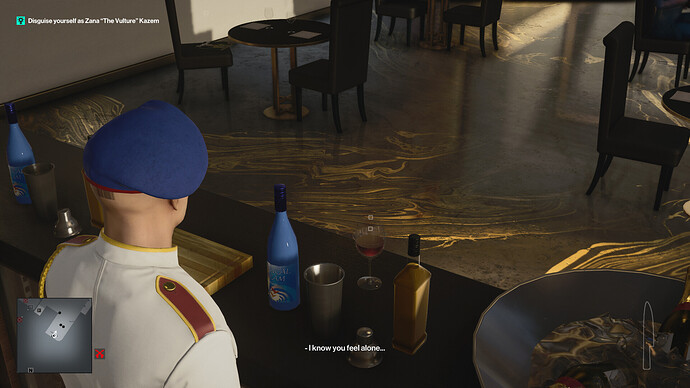 This poor NPC in the Staff Briefing Room is so bored, he has become one with the wall 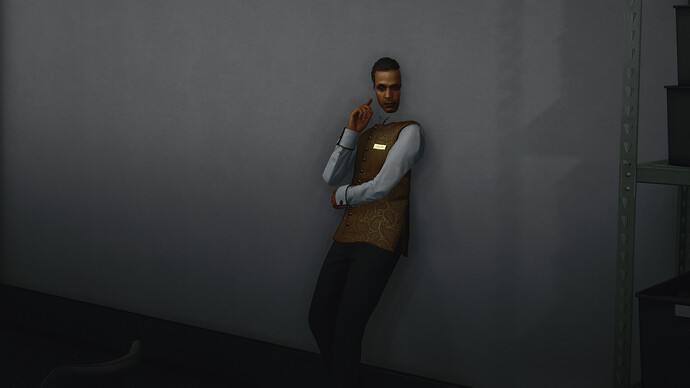 I got all areas of the map and yet did not get the “discover Berlin” challenge. The last one was the radio tower, which I did and got the “rule of threes,” and the undiscovered icon vanished, but no challenge for discovering Berlin popped up. Now it’s impossible to get.

Not sure if it’s been mentioned before, but this is also a problem I found in Hitman 2.

All the HITMAN 2016 cutscenes are bugged when connected to the internet. After a short while into the cutscene, it stutters and doesn’t play smoothly. But, when I disconnect from the internet and play the cutscene, it works perfectly fine.
It’s as if it streams part of it online, and any stutter in a connection breaks it.

Description: Double Dexter complication can’t be completed despite fulfilling its requirements for The Dexter Discordance

Update: this bug happens mostly always. This time I killed three targets in the suite for the other challenge, then killed two more for the mentioned complication. While this is a bug that does happen, it’s not ideal to lure more NPCs to count towards the complications when you can stack them as both making progress for the Trespassers and Double Striker complications more efficiently.

Once in Berlin and once in Haven. Don’t have any pictures unfortunately as they changed back within a couple of seconds but I’ve never seen it before in either Hitman 1 or 2.

It’s not. Those are some kind of artifacts or texture issues. Flickering in and out based on camera angle.

1) Selecting a user made contract on Mendoza boots my Hitman account offline or freezes the game. [ PATCHED ]

2) During the Ark Society, Lucas Grey is missing during the cutscene that plays when selecting the Harbor starting location. [ STILL BUGGED ]

3) The Grapes of Wrath challenge in Mendoza is impossible to unlock. EDIT: The solution or workaround is to place the grapes on the ground so an NPC can slip on it. [ NOT A BUG ]

5) The ICA19 Chrome, The Pale Duck, and Requiem Suit are still missing. [ PATCHED ]