Does the general idea behind the Freelancer Mode weirdly remind anyone of the Conquest Mode from “Star Wars: Battlefront” series? 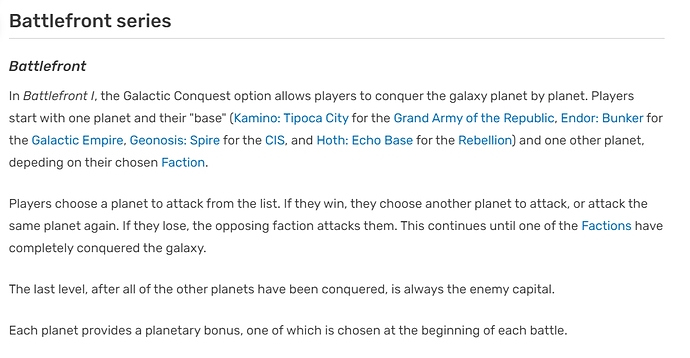 Yea I think that’s just you. That conquest mode sounds exhausting though.

Only really seems similar in that you choose a set of missions and you fight until you win or die. 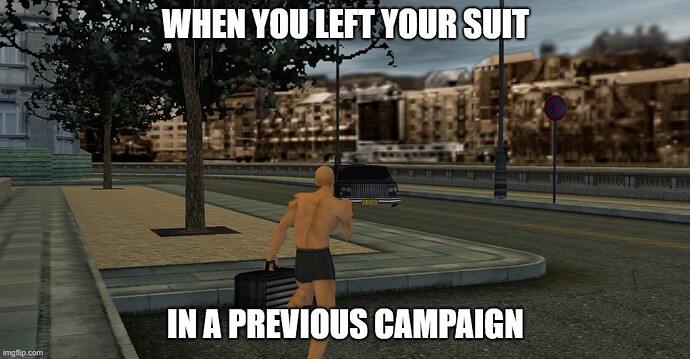 So, I have been thinking Freelancer’s diegetic music and sounds. In my opinion, changing some of the in-world music and dialogue could literally mean a world of difference to the new mode.

It occurred to me, playing through Paris recently, and having done so for 7 years now, how tired I am of that catwalk tune. And also… “Look Daniel!!!”

Otherwise, I was thoroughly enjoying the experience, but I think maybe auditory side of things have a somewhat quicker expiration date than the rest of the gameplay, in terms of annoyance.

I am not expecting them to record hours of new voicelines either. Just taking some of them out would be enough. And likewise, a new catwalk tune (and similar music) doesn’t even have to be anything wildly special or original. Just different.

It would freshen up the experience quite a lot. I hope IO will think about this. Maybe they already have, finger’s crossed.

Maybe it’s also since Paris was the very first level. Those of us who started in 2016 at one point only had to option of the training silo and Paris. When Sapienza came along it was 50% more than it was prior so we have likely all played Paris a bit more than other levels.

There was going to be a Paris bonus mission at one point. During one of the original H1 livestreams (when they were streaming directly from a PS4), Torben said that we would one day see a mission set in Paris with every single fashion show prop removed from Paris. Though it, clearly, ended up getting cut and never saw the light of day.

I am doubtful maps will have significant changes i.e. removing entire NPCs, the setting of the map, the set deco. etc because then they’d just be making a new map from the shell of an old one.

I can see them removing the target NPCs, even if just doing so might make some levels very weird. (The Mumbai tower without Rangan, or Caruso’s Villa, still fully guarded, without Caruso)

But you make a good point with removing or redecorating props, as it’d be like making a new level or bonus scenario all over again.
Though we did just get Ambrose as a free gift, so some small changes to levels where they might fit/be needed wouldn’t be too outlandish for Year 2 content. And might also explain the delay.

Yes, it would explain the delay. I also expect small changes, nothing huge.

Good point on the target NPCs, they might be removed since that’s easy enough.

Any guesses when we will get another trailer/gameplay teaser?

I think we will get more news on it in September

I predict a December 31st release at the earliest.

I’m hoping to see something by Nov 1st. Who knows though?

There likely won’t be a game update until November/December which may include Freelancer, so some information before/around then.

so were gonna have sit and wait for more news people

I’m still holding out hope for earlier than that. I’m sure IOI wouldn’t want the general public to get too antsy and annoyed with the delay or even forget about Freelancer by the time it comes out, and November/December would be really quite late into the second half of 2022.

But I’m also willing to believe you based on 3 points:

Yeah, as much as I’d want it to come sooner, the fact that Freelancer had been so looked forward to this year, and the fan base had been so (relatively) patient in waiting for it despite IOI needing to delay it to get it just right, I’m thinking November or December would make the most sense at this point. Not only would it still make Freelancer part of Year 2 as promised, but if November, that’s Thanksgiving, as in “thanks for giving us more time to make this for you,” and “thanks for finally giving this to us!” Or December, that’s Christmas, as in “here’s your present you’ve been asking for!”

Can someone pm me all the leaks about freelancer?