Worthy the grind, IMO. Now you have a very OP melee to bring with you everywhere.

Also kinda uniquie thing: if you do a silent kill with it, the body of the victim won’t leave a pool of blood.

Not sure if this is approritate place to talk about, but I remember I brought my laptop to my uni just so I can unlock it ASAP. I did, but soon after my batter run out. Still one of my favourite new unlocks. 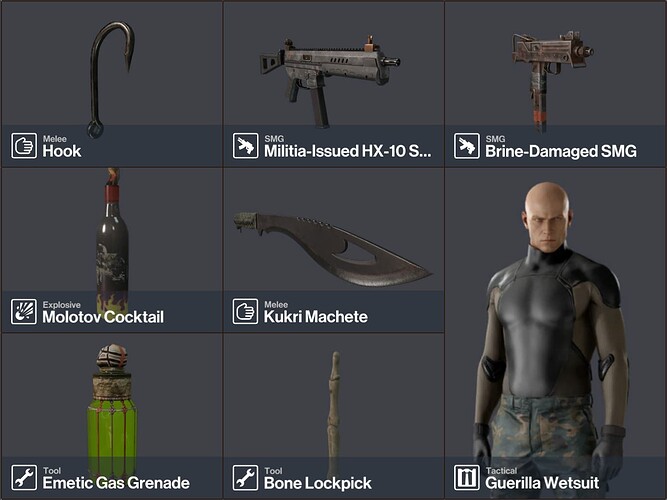 I assumed the Hook and Bone Lockpick were unlocks too. In IO’s blog post on Ambrose Island, the Hook has a much larger image than the Militia-Issued HX-10 and Brine-Damaged SMG, yet it’s not an unlock. The Bone Lockpick isn’t an unlock but it’s in the same image as the Emetic Gas Grenade and Kukri Machete which are unlocks. The Guerilla Wetsuit doesn’t even show up in the Mastery either, maybe the stuff unlocks at certain levels but just doesn’t show up in the Mastery tab.

Server issues. The hook and bone lockpick are now unlocks listed in the mission mastery.

A post was merged into an existing topic: Leaked Items/Suits Megathread

someone should update the rube rudey tracksuit on the suit collections

Hi, it’s me again. Can you post some more extracted inventory images for the Ambrose mastery unlocks and the rude ruby track suit, so I can update the wiki? Thanks.

6 posts were merged into an existing topic: Please release the Trinity Pack as purchasable DLC

All of these asinine unlocks and no pure, buttoned Signature Suit w/ Gloves (the Suburban Suit absolutely does not count). These really are the end times.

The Winter Suit is effectively it, but the coat just about completely obscures the suit. The buttoned Signature Suit w/ Gloves should’ve been the prestige unlock in-place of the Classic All-Black Suit (w/ those god-forsaken driving gloves).

This isn’t a crazy ask of IOI btw, as 47 is confirmed to wear his Signature Suit buttoned in WoA per the Hitman 1 E3 2015 trailer.

So why shouldn’t players be afforded the same canonical option?

So why shouldn’t players be afforded the same canonical option? 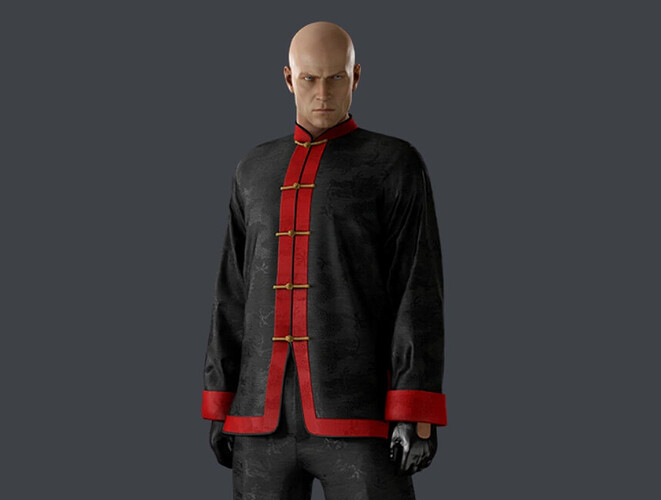 Eww, look at those gloves tho.

But the practicality though!

More practical than a man showing up to a big well-to-do full of celebrities and the wealthy elite and trying to blend in by wearing a… suit and tie?

Locations where a tie would actually help with blending: Paris, the Embassy in Marrakesh, Sgail’s bar area, Dubai.

Locations where a tie would make 47 look more conspicuous and out of place: Everywhere else (including Mendoza, by the way, where a suit and tie would be dressing down.

Unless someone assumes he’s a business man, and really, only Colorado, Santa Fortuna, Ambrose, Sgail, and Berlin would seem unusual for a suited businessman.

We’ll have to agree to disagree on that. In my way of thinking a businessman is out of place everywhere but an office, but I know I am very firmly in the minority on that. I automatically don’t trust people in suits, and that includes at work. Funerals and Weddings… funerals and weddings.