Welcome! This is where you can discuss, chat and ask about any Escalations included in the 2016 and H2 Legacy Packs, as well as any potential ones that may return down the line.

So, it looks to me like Hitman 2 has all the Escalations that have ever released for it (apart from the Halloween HB one), while the Hitman 2016 maps only have a select few. I wonder if those are going to be released post-launch, again, during Hitman 3’s lifecycle.

I do hope they release more Escalations for the Legacy maps (this will be helpful to least make the escalation track challenges less of a grind)even if just re-releasing old 2016 ones though from what I heard they got a bit tedious. Perhaps remake or change some around to be the 3 level system then the 5 tier system.

Which were considered the best and worst of legacy escalations which did not get ported over? (Did not play many in 2016 as was not a fan of the 5 tier system)

I wish they return escalations from H1. There were 18-19 in Paris.

My hopes for returning 2016 ones are the bonus mission escalations just to give us some more to do on those maps. Also I know adding landmines had pretty much become a joke by the end but did none of them make it into H2/3? I remember a bankok one that used them to fully cut off routes unless you had the disarm which was interesting. When they were just randomly strewn about it was annoying though.

I’ve heard the Kerner Disquiet in Paris and the Susumu Obsession in Hokkaido were pretty well-liked, but they aren’t in the game at the moment.

I really enjoyed The Teague Temptation I played tonight. It was fast and simple, but just challenging enough to be cool.

I also discovered how useful the Black Almond’s Dagger and the Sedative Syringe is for the Gladwyn Simulacrum escalation.
You’ve got a knife with lethal poison to poison Roberto’s water at Level 3. You can also use the knife as a distraction noise and a quick murder weapon. Plus, when you have to kill the guard near the Kitchen, you can sedate his friend, KO the target, then dump his body over the edge.
When his buddy’s body gets found, it won’t count against your Silent Assassin, since he’s been sedated. It was awesome figuring that one out.

My favourite escalation was the Paris one where you must keep your gun equipped and if you unequip it for more than a few seconds you fail.

Think I just found it. Was it The Adrian Eclipse?

The Adrian Eclipse is an escalation contract in The Showstopper mission. Completing all the levels will award the player with The Adrian Eclipse (feat). 1 Level 1 2 Level 2 3 Level 3 4 Level 4 5 Level 5 The target is Raoul Blanc, one of the CICADA...

It’s got the Sticky Pistol complication in it at one point.

Some Hitman 2016 escalations were rather cool to play (I enjoyed playing Varvara Mystification). They look like puzzle. I would appreciate their reintroduction in H3.

My favourite escalation was the Paris one where you must keep your gun equipped and if you unequip it for more than a few seconds you fail.

There was one for Sapienza too

I’d like to think will see the old escalations that weren’t featured in H2 show up at some point. Alot of them had neat little challenges that added some variety, even something as simple as hacking a laptop/etc. And considering this will be the least Hitman game for quite awhile, I think it makes sense for IO to give us all the old content.

Could be waiting to have more roadmap stuff late in the year. Could also just be curating them and trying to only carry over ones they think are quality. Hard to say really. I mostly hated escalations in H1 and grew to like them in H2, so it fits with my memory whether that’s correct or not.

I really liked the concept of it, but it gets really annoying to remove your gun for a few seconds and failing the mission.

If I remember correctly dragging bodies, blending in and interacting with objects that requires the gun to be unequipped (picking locks…) count the gun as not being equipped. So it gets annoying whenever I have to drag someone’s body and get up every few seconds to refresh the timer.

I do hope that if this comes back instead of failing whenever you run out of the timer, it just cancels whatever you were doing and unholster your gun. It might still be annoying, but at-least it won’t restart the entire mission when I was just about to re-equip my gun after doing something. Although that might just miss the point entirely of having the complication.

Has anyone been able to complete the first level of The Arthin Occultation in Bangkok?

Its a hatchet/ groundskeeper outfit kill. Always fails for me.

This run can help you I think: 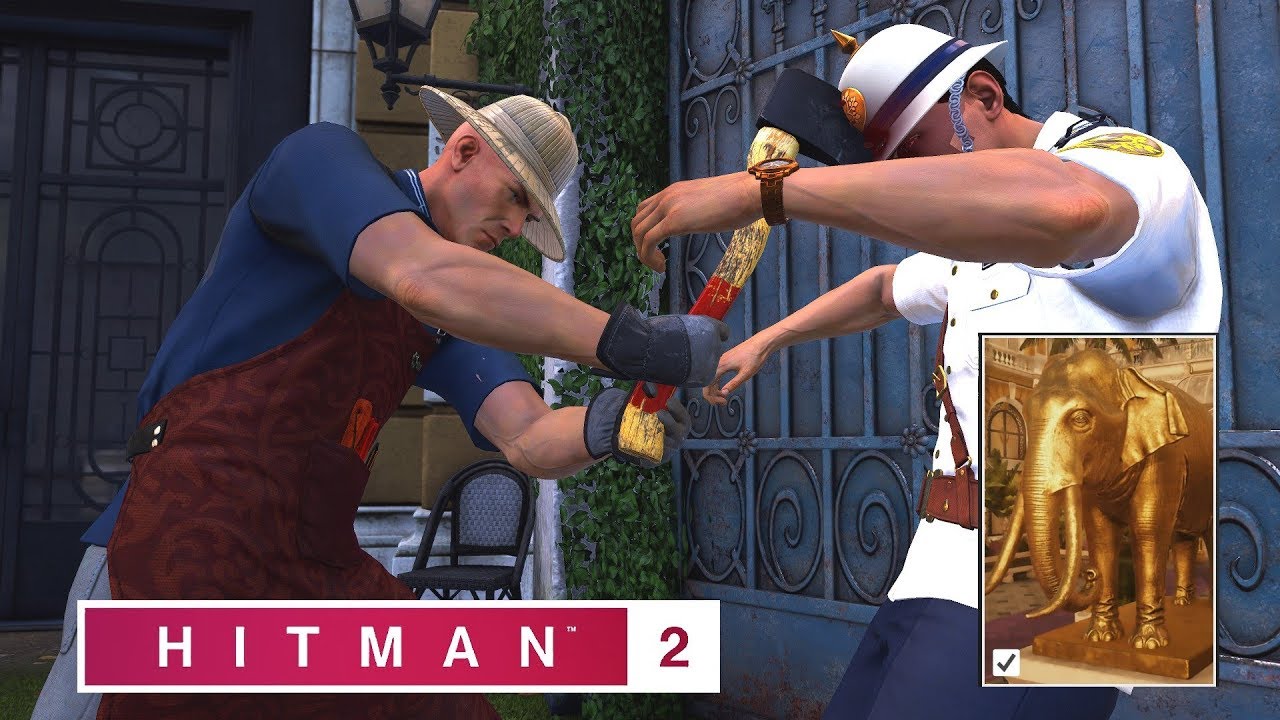 Oh jeez, thanks for posting this. I was forever trying to do it with the fire axe instead of the hatchet.

Sieker makes some of these Hitman 1 escalations way easier than I remember them being at the time. 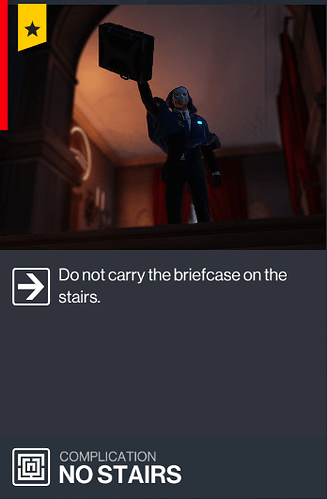 I encountered this the other day in the Quimby Quandary escalation.
It’s the silliest complication I’ve ever seen. The moment you step foot on a staircase with that briefcase, it’s game over. So, you have to keep tossing it from floor landing to floor landing. It’s honestly more annoying than difficult.

What a strange complication.

Yeah this was one of the last escalations in H2 and I remember a few of them around that time started introducing wacky complications.

Personally I liked them, they may not always work fantastically but I’d rather have IO attempt something interesting and fail than stay safe and create something that’s decent but bland. My biggest issue with escalations is always when they’re basically just glorified contracts (i.e. just eliminating targets in a certain way without much more)

That’s one of the most fun yet challenging complications I think. You had to worry about people coming over and taking the briefcase once they heard you throw it too, if I remember. It’s much better than the no agility rule in the Kotti Paradigm imo