Hello everyone,
as a big fan of the Hitman series, i’m inclined to preorder, though i never did it before.
The problem is that i see nowhere if it’sthe physical edition or the digital edition we can preorder since yesterday?
Because i’m really not a fan of buying digital edition of games, i want my collection to be complete with the third installment.
Hope you can answer me.

HITMAN 3 can be preordered on Epic Games Store exclusively for a year.
As for about physical copy, there wasn’t any info about it yet.
It’s for PC obviously.

As for consoles, HITMAN 3 is available on usual console stores

This -^
Right now they’re only providing pre-orders for digital editions. Physical editions (regular, deluxe, and hopefully Collector’s) are not currently being listed.

I told you so

The HITMAN website states that retail preorders come later. I don’t know why so many say there won’t be one.

Note that a physical PC version is uncommon these days. I assume only consoles get discs.

There was an epic saga to get a PC Collector’s Edition for Hitman 2 (largely because of some issues with WB) – but eventually the Powers That Be listened to a positive fanbase and made it happen! I’m hoping for the same with 3. For regular and deluxe, digital only makes sense. I don’t think they did Physical for Regular and Deluxe with 2 on PC, either.

I do believe there will be one, and saw this site text here on the forum but I don’t see it on there myself? I will also wait for disc to pre order. I would do digital if they explicalbly say only digitaal. Like they Said with season one. So I did. And them boom, one year later, disc, but wouldnt have done it any other way. Could’t wait one year, but really want my collection to be complete. Hehe.

Well thank you for your explanations, i knew it was only for digital releasing but you know… never to be sure… I know there will be a physical release as well, this would be a sacrilege not to have one. I just hope one of the physical editions will have the same content as the digital Deluxe, because i just fancy the costumes, the documentary and digital artbook but above all to get the soundtracks is making me mouthwater. I really love the music
Cant wait!!

I will get physical version asap. I really dislike digital versions. We will see when retail will get pre orders.

Because of many reasons, iI got only recently a copy of Hitman 2 Gold Edition - it was a pain to get one here in France because it was out of stock on almost every internet retailer. I promised myself i’d get a collector edition for Hitman 3 once it comes out and not two years after! As you say Djukak, i dislike digital versions as well, i like the physical aspect of the game, its part of its “folklore”. Also, i got steelbooks for the first two games, it would be a pity not to have the third one!

I’m curious how will IO manage to have a physical release on PC for both Steam and Epic. The files might be the same but all Steam game installers from physical disks are more or less made using the backup feature. When you install a Steam game from a disk you’re pretty much restoring a game from a backup.

Even having just the case with only the serial key wouldn’t work since they would need to include two, one for Steam and one for Epic, so that would mean two copies per case which is absurd…

I agree I’d prefer buying a physical copy of Hitman 3 I’m waiting to see if IO will
release a retail version too. I’m happy to pre-order the deluxe digital version but I want to know for sure before I do. Perhaps there answer this question on Monday.

I do believe there will be one, and saw this site text here on the forum but I don’t see it on there myself?

The line was commented out in the site coding so it’s no longer displayed, but it’s still there with the “COMING SOON” text.

So yeah, it’s just a waiting game really until it shows up.

Cool. And I will be ready… 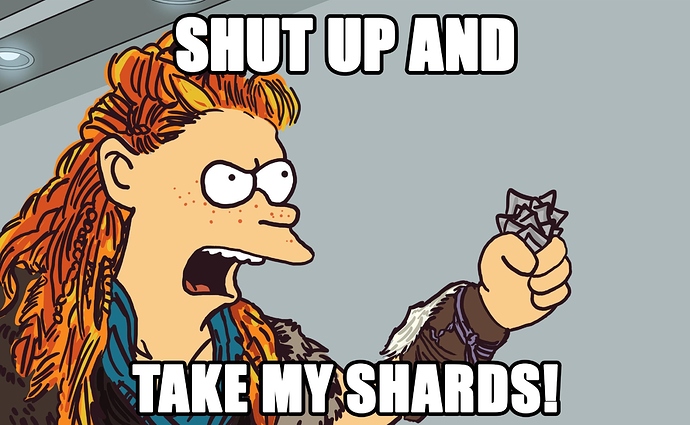 One thing is still not clear for me. I have Hitman 2 on disc and an IOI account.
I will for sure buy the digital version of the PS5. Do I need to have a digital copy of Hitman 2 in order to transfer the maps and load outs to H3 or is enough that I have the IOI account?

And the challenges transfer too, right?

I do not think so, from 1 to 2 you needed to sign in on io if I recall it correct and do something in 1 to get it to 2. So disc or digi I don’t think it matters. I deleted one, installed 2, then found out, reinstalled 1 to do this. Insert in 2, and then deleted 1 again for space on my ps4…

Disc and digital is considered to be the same thing on PS4.

In 2017 I ended up owning the Complete First Season of HITMAN on disc (even though I already had the full game digitally) and when I inserted the disc, the PS4 gave me an option to convert the installed game from digital access to disc access (which would’ve just meant that I’d have to have the disc inserted to play) and didn’t need to re-install/copy the game from the disc since it was already there.

tldr, you won’t need to repurchase H2 digitally (of course assuming Sony doesn’t change the way the PS5 handles this).

I would like to know the following.
I have H1 and H2 on discs, PS4, european versions of discs.
Now if I buy US digital version of H3, would the progress be transfered.

Carrying over progress will probably not be an issue since it’s the same PSN account, with the servers checking your H2 progress when you launch H3.

But there have been issues where players couldn’t redeem Legacy Pack if H1 is purchased in one region and H2 in another.
So that might be an issue if you want to import the H1 and H2 locations to H3.
I would purchase H3 from the same region as H1 and H2, just to be safe.

A retail release has been confirmed by IoI during their monthly stream. it sounded like copies might be limited? Anyway a physical version is definitely happening.