All we know at this point is that all 3 games will live in one home.
But by what mechanism it will be realised is now unclear.
And the most important to a big amount of players is that all HITMAN 2 progression will carry over to HITMAN 3

They said that all legacy locations will be playable in Hitman 3. I assume you’re talking about the actual Hitman 1 game. If you can’t transfer directly, you should be able to get the Hitman 2 legacy pack and turn that into the Hitman 3 Season 1 legacy pack. I cannot see why there won’t be separate packs for each season.

I fully anticipate that we will have to redo our progress for a third time which is exactly why I dropped Hitman 2 and decided to wait for this instead. But my bigger concern would be the legacy unlocks, I sure hope we don’t get the same stuff but with a purple sticker again, that made the whole thing redundant imo.

It’s already confirmed that progress from Hitman 2 will carry over to Hitman 3, so don’t worry.

Really? That’s a pleasant surprise but where was it mentioned? (but with this news comes the unfortunate consequence that my purple sticker guns are not changing)

In the announcement video. Right after the trailer itself was a small part with one of the team talking straight to camera.

Playing the entire trilogy from beginning to end, from within HITMAN 3, also means that the progression systems in HITMAN 3 work across all locations. You can unlock an item in Dubai and take it with you to Paris, for example. Now that we’re talking about items and progression, we’re pleased to say that HITMAN 2 players will have the option to carry over their hard-earned unlocks and progression into HITMAN 3. This is something that players have been asking for and we’re delighted to confirm.

I must have missed that in the excitement lol. Thanks guys I will rewatch it

In the announcement video. Right after the trailer itself was a small part with one of the team talking straight to camera.

That wasn’t it. We knew that progress carries over via the Announcing Hitman 3 post on ioi.dk

So it is multiple places then, fantastic

Going back to what I said though I still really hope they go back and improve the unlocks. Please none of this. 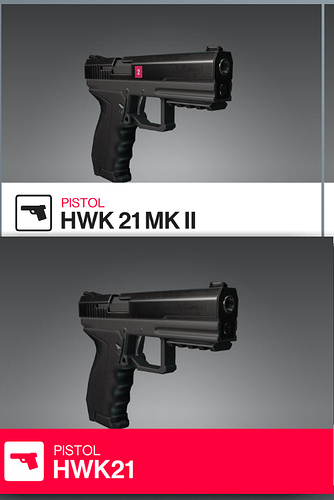 The problem with the unlocks is that anyone who doesn’t own the legacy pack won’t be able to get 47’s signature/iconic weapons, such as the Silverballer, or important items such as the lockpick or syringe. It’ll be very hard to figure out a workaround.

Not really, They could keep the important stuff to H3 unlocks while the older maps could have reworked versions with different mods or something different altogether, even if they are more visually disctint like Season 1 gives you a golden version of the ballers it would be better. That’s just off the top of my head.

Obviously it will need to be unlocked in season 1 or 2 to get transferred across to 3, that’s why I’d recommend to anyone going back through and completing all challenges

I assume challenges will transfer over, but I’ll wait for a proper answer from IO before I try to unlock the violin in HITMAN 2.

My guess is that it will only carry over the unlocks made within season 2 and the season 1 legacy pack (so unlocks made within Hitman 2), but not season 1 proper, since the unlocks in season 1 proper and legacy were different (in terms of when and where they were unlocked, but also the types and characteristics of some weapons if I´m not mistaken) and we couldn´t transfer season 1 unlocks to season 2. I asume the Mk2 items were often there precisely so that you wouldn´t have to re-do season 1 unlocks first, but that shouldn´t hopefully be the case with season 3 anymore. I could be wrong of course.