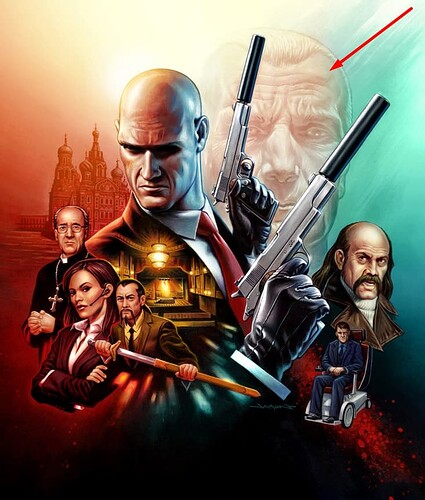 Who is the guy in the background?

I’d say Mark Parchezzi aka the Albino, without glasses or probably Ort-Meyer?

Too old for Parchezzi, isn’t he?
You’re probably right about Ort-Meyer, Contracts has his model and there’s some resemblance 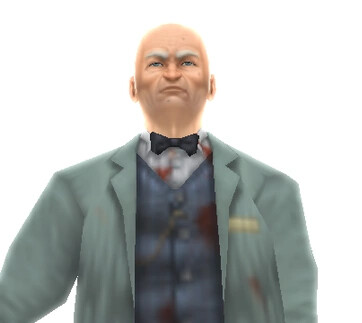 Who’s the woman with the missing hand?

Pretty sure it’s Diana, or at least the artist’s interpretation of her. The left hand is hidden under the sleeve and her right arm, but it does look weird

Honestly, and I’ll be completely honest with you, I don’t think the answers is clear. I haven’t thought of this in awhile since a lot of the HD Trilogy Artwork itself is an anomaly that hardcore HITMAN fans should own if possible.

The cover art was done by Jason Edmiston who is a very well known artist, but I can’t find anything especially any type of anecdotes from him or other people around the release of the HD Trilogy outside of a blog saying “Cool Art work”.

I won’t say it’s Ort Meyer simply cause the characters shown on the cover are big characters from the three games. Ort Meyer is a very brief appearance and is largely very inconsequential given the context of Contracts and the story it tells. That and the man is missing Ort Meyers head mole which is a distinguishable feature of his face.

I’d say it’s Mark Parchezzi III since he has more or a role in this release compared to Ort Meyer.

I always thought it was Mark Parchezzi or Mark Pariah from the New Orleans level. I’m positive the girl is Diana. Wasn’t there a cut scene where you see her blurry reflection in the window of her office overlooking what must be Copenhagen? I can’t find it. 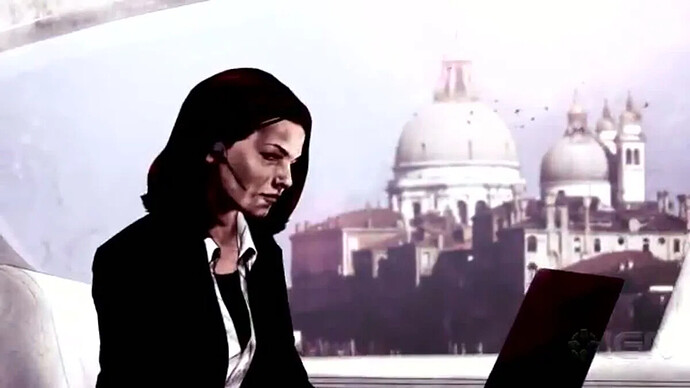