This should be interesting.

Now this is going to be very difficult for me. I love all of them equally (excluding the train since it’s not as open as the others and gets boring after around two playthroughs, I still like it though) so in the end I might have to sacrifice one of them.

I want to try to stick with Dubai for the rest of the heat to make sure it goes to the next round. At first it feels as if we’ve been there but something about how the level is constructed makes it very fun to traverse through the many routes. It doesn’t deserve all the hate it gets just for being similar to other levels. 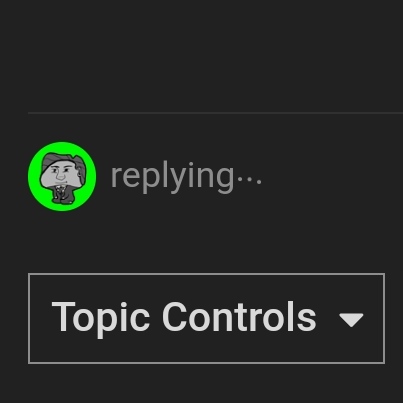 One more hit before going to bed.

For me Dubai just feels dense and keeping the public party area relatively small allows for a lot more interesting exploration of the building with great interwoven design. It’s my favourite H3 map for contracts

Chongqing on the other hand has woefully dull targets. None of the areas feel cohesive. It’s pretty bad for contracts mode in my opinion. And perhaps worst of all it severely let’s down on the concept of ‘dense inner city’ that most of us expected (and I’d say the trailer implied). But also criticising a piece of art based on your expectations is awfully flawed too, so

Feels like an odd choice to negativity review something based on advertising rather than the levels intrinsic quality. But go off

I´m pretty tempted to downvote Chongqing exactly for the city concept lettdown and missed opportunities with targets/lore, cause it still pisses me off (still hoping for that bonus mission to make up for it), but I´ll stick to downvoting Berlin, even though it´s futile.

Think Dubai is the one mission in the WOA that feels rather “been there, done that.” I think it needed one more idea ontop of the skyscraper setting. Don’t think either target is that interesting route wise. Don’t like the top of the skyscraper just being a house essentially, and I also don’t like the middle 2 floors to being quite weirdly laid out, it feels like the middle floors had to join the dots to connect the top and bottom floors together. Just weird things like the location of the server room and that security room which is a tight corridor.

Mind you I’m also not a huge fan of China either, and while I like Romania, I don’t think it really deserves to make it too far in the contest. Dartmoor is great but also a bit too small for my liking and a little bit limited I feel. Berlin is the one map I have really connected with and fallen in love with. Mendoza is in a weird position for me. After playing through the storyline, I wound up focusing on 1 location at a time to reach max mastery and get most challenges. Mendoza is the only location I haven’t done that on, I’m only level 8, because by the time I reached it, I was burned out on Hitman 3. I think Mendoza is great, I’m just a bit unsure about stuff, like I don’t really understand how the target routes work yet, like whether the Herald meeting is on a timer or it requires a trigger?

It´s similar for me. Very passionate about most H2 (and most H1) levels, but with H3, only one has felt truly satisfying (Mendoza).

It´s similar for me. Very passionate about most H2 (and most H1) levels, but with H3, only one has felt truly satisfying (Mendoza).

I’m hoping when I return to Mendoza to get full mastery, I wind up feeling passionate about the level too. Really my only hangup is basically understanding the targets properly. I love Diana being physically present in a level, but the way she is escorted by a target is something I’m not sure I like, but again, there’s a bunch of stuff I haven’t done yet.

Since I didn’t play H3, I’ll have to skip this one

Kick Romania for me, will ya?

Just wanted to ask this but since you haven’t played H3 are you avoiding spoilers or embracing the fact that you are spoiled of h3? (As you can see I haven’t paid attention to what you’ve been doing)

I know the main plot, watched the cutscenes and a few runs but that’s about it. Don’t know much of what goes on about in each individual level and I wish to find out by my own, playing at my leisure and pace

I really love Dartmoor. Great atmosphere, characters, targets, routes. And the size is just perfect. As for Chongqing: I never got into this level that much. Got max Mastery, played a few contracts there. It just somehow doesn’t feel “right” as a Hitman level. Would love Mendoza if it had more interesting Exit points and if more of the map was used.

Dartmoor was my least anticipated level prior to release. Was pleasantly surprised by it in the end and it´s probably the 2nd best level in the game for me (for now at least). Whereas with Chongqing (and to an extent Dubai) it was the other way around…

First it was Himmelstein, now Chongqing!

whoops I’ve managed to reply to someone somehow when I didn’t need to again, sorry MrOchoa

Death in the Family combines all hostile with piss-easy in a very unsatisfactory way. Aside from the little Agatha Christie “play” a couple of the unique NPCs decided to deliver this mission is just empty. One target that is so easy to kill it’s boring and a pointless fetch objective.

Chongqing is compact but no area is wasted, each offers diversity and challenge, nods to the earlier games, plenty of ways to manipulate the targets, server objective optional after first run and different starting location, but the alarm stage offers something new in terms of play style with a different enemy AI on heightened alert. And the rain!

Can’t believe some people are willing to throw this one under the bus.

I really like Chongqing and I think it would have desreved to advance(especially taking into consideration inferior missions like Colorado or Santa Fortuna advanced).
However,one mission(except Romania obviously) must be eliminated and Chongqing is by far my least favourite from the list.
I had high,HIGH expectations and I thought it would be one of my favourite mpas.The focus on the city aspect looked so interesting in the trailer and I expected this mission to be a smaller(but still big in size) Mumbai,but wow,I was wrong.
Whenever I play this level everthing feels so dull.The neon lights look awesome for sure and the music is great,but is that enough to give the level a memorable and interesting atmosphere?For me,no.What’s the point in having a city level when the people are missing form it?The streets feel completely lifeless and despite the nice visuals and the rain,it makes me feel not impressed by the setting at all…The few public areas you are allowed to access(restaurant,laundry,appartments) are small and there is almost nothing interesting about them.Why did they have to set this mission at 3 am?
With such a small number of accessable public areas,what potential does this level even offer outside of the main mission?

Hush’ fortress is pretty small and because of that its verticality isn’t that good and I have seen far better fortresses in other levels tbh.
The only things which save the level for me are the ICA facility(I really like the security tiers and the vents) and the rooftops(the way they connect the different areas of the map is really nice).However,even though these two aspects make me like the level a lot,they are not enough to make me like this level as much as the other levels.

I’m hoping when I return to Mendoza to get full mastery, I wind up feeling passionate about the level too.

I didn’t use to like Mendoza that much at the beginning either,but it started growing on me once I became familiar with the map’s structure

Really my only hangup is basically understanding the targets properly. I love Diana being physically present in a level, but the way she is escorted by a target is something I’m not sure I like, but again, there’s a bunch of stuff I haven’t done yet.

Mendoza is a bit more difficult to digest compared to the other levels imo because it is the biggest map of Hitman 3.On my first playthroughs of that level,being used to the smaller and more compact nature of the other levels,I didn’t really feel its charm,but the more I play it, the more I love it.
That’s especially true for Tamara.I wasn’t a fan of her highly public route but exploring the level more I found plenty of ways to kill her in accidents or ways to isolate her and I saw other players come up with some of the most creative strategies in the whole triology to kill her as well.