HITMAN launches on Stadia on September 1st and we're excited to welcome new players to the World of Assassination.

HITMAN launches on Stadia tomorrow and we’re excited to welcome new players to the World of Assassination. As part of our preparations, we’ve put together some useful information for new players on what to expect.

As we are able to have all of the games seamlessly in one place for the first time, you’ll always launch HITMAN games on Stadia through HITMAN: World of Assassination. This is your hub for all things HITMAN on Stadia. It’s where you’ll go to play HITMAN 1 and HITMAN 2 and also HITMAN 3 when in launches.

HITMAN: World of Assassination will be your destination whether you redeem HITMAN 1, which is available free in Stadia Pro, or you purchase HITMAN 2. When you launch the game, the menu and UI will be in HITMAN 2’s visual style.

You’ll also get access to the ICA Facility location from HITMAN 1 and the Hawke’s Bay location from HITMAN 2 regardless of which game you own. For example, if you are a Stadia Pro subscriber and redeem HITMAN 1, you’ll also get access to Hawke’s Bay and see how HITMAN 2 continues the campaign. In terms of game modes, Contracts Mode, Escalations and solo Sniper Assassin will be available, but Ghost Mode and Sniper Assassin co-op will not be featured.

When HITMAN 3 launches on 20 January 2021, we’ll update HITMAN: World of Assassination to include the design changes of HITMAN 3. If you can’t wait until January, we’ve lined up some unique item variants for Stadia players that are unlocked simply by playing each game from the Trilogy. Here’s how that breaks down:

Watch our Stadia Announcement Trailer to see Agent 47 using the rubber duck and briefcase in Dubai. In the trailer, you’ll see Agent 47 wearing the default starting suit for Dubai – and not the White Sunset Suit. As that’s a HITMAN 3 unlock, we’re saving it for a little bit later. 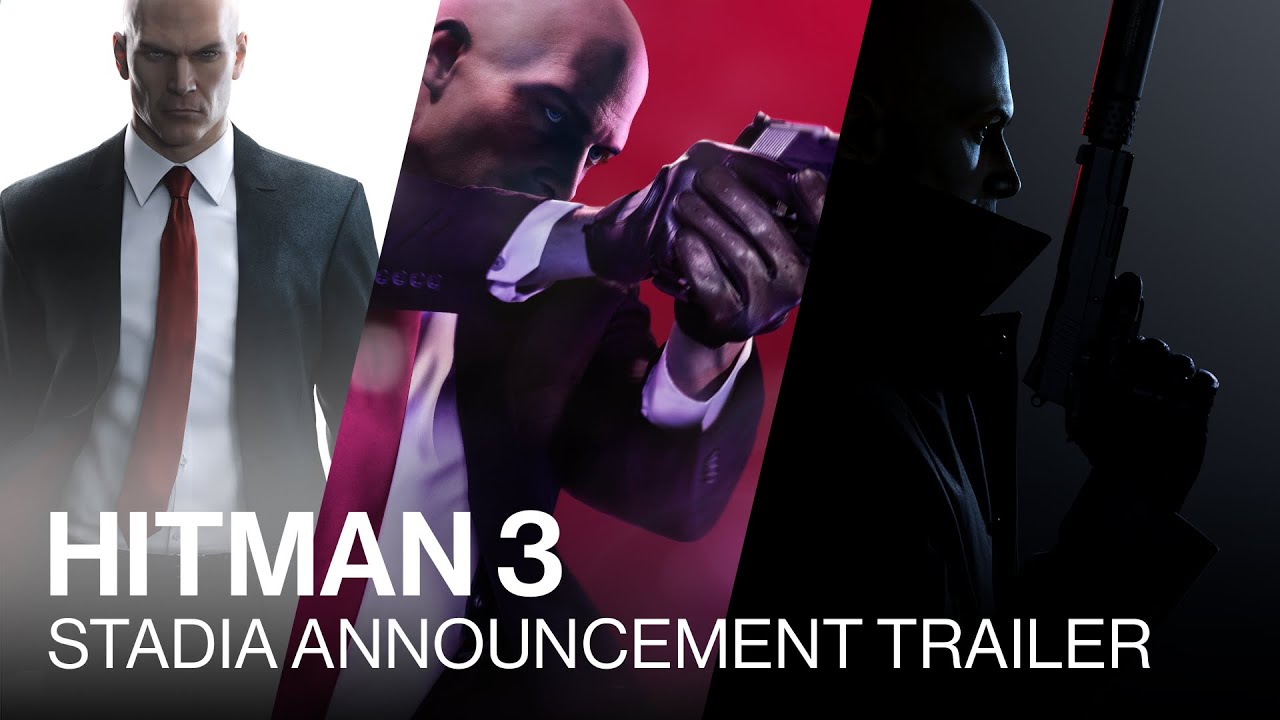 As one final note, Stadia pre-orders for HITMAN 3 will be available soon. Check Hitman.com for the latest updates and information on pre-orders.

Preorders are finally a thing on Stadia. That was not the case before, Hitman is the first full pre-orderable game on this platform.

Easier for people searching to find it. Changed it a bit. 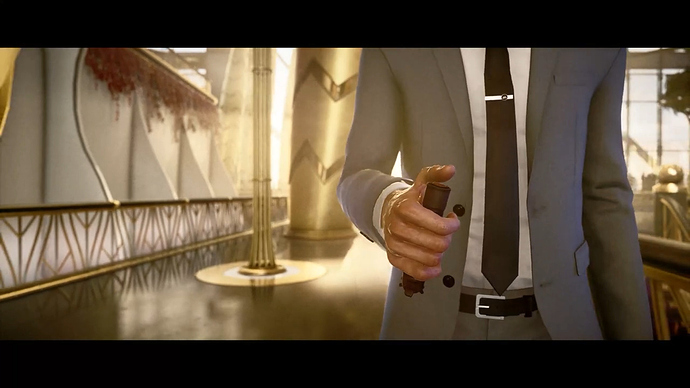 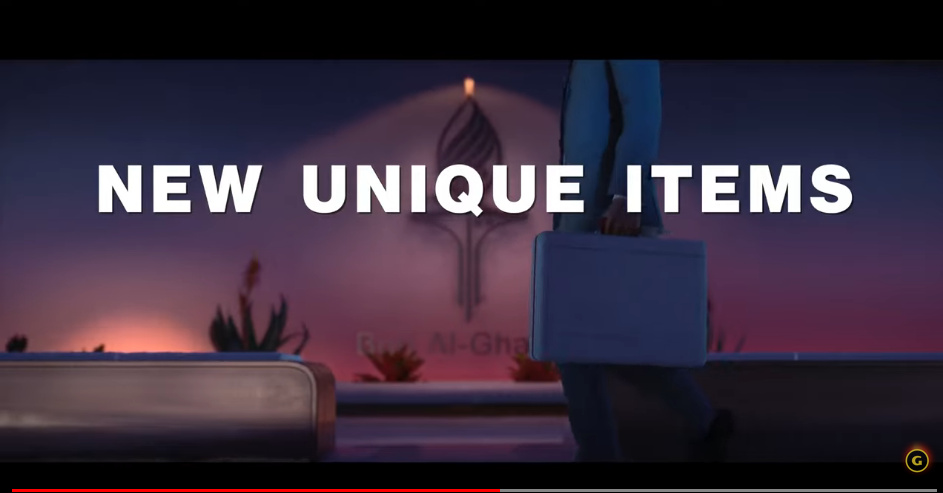 wym? this is a fine suit… it’s a suit that actually fits 47’s taste in fashion, and it’s better than most of the level-specific “suits” we’ve gotten like miami and mumbai…

Interesting . . . though the first thought that went through my head was support for the various versions; they’re releasing it alone and expanding what they want to achieve with a game that still has very old bugs dating back years and some newer ones that they’ve said they don’t really know how to fix. Okay, it’s still a very good game but as I said to Travis in a post - and he responded - let’s make it a great game. Anyway, back to the point - are they over-stretching here? Please, someone tell me I don’t need to worry.

I like it lol, the undying’s blue tie put me off it. Now I can pretend to be Vincent.

i just dont like that it’s a reskin. even in H2, at least they made all the location suits from scratch (even if they weren’t always good conceptually).

i dont mind the suit, but i really hope IOI are more creative with the other suits

We’re excited to announce that the World of Assassination trilogy is coming to Stadia! bringing HITMAN 1, 2 and 3 to the cloud.

Playing HITMAN on Stadia will unlock unique item variants, one for each game. The remote rubber duck explosive for HITMAN 1 and white briefcase for HITMAN 2 can be seen in the Stadia Announcement trailer. Playing on HITMAN 3 will unlock a unique suit that is certain to impress at any formal gathering.

This doesn’t confirm about it being exclusive to Stadia, but it can be unlocked by playing on Stadia, along with a suit which hasn’t been talked about since.

I just think a grey/white suit with a bold red tie, all under the style of the current suit seen in the trailer.

Yeah but they’re reskins. Granted that briefcase IS pretty sexy, but I can live without it for the first few months of launch

I just realised something. The IOI blog states that the items are unlocked, one for each platform. But all three, excluding the suit, were shot in Dubai. You only need to play Hitman 3 to get all three items in-game, granted that you own the previous games to unlock them in some sort of legacy pack.

I’m guessing the suit in particular would still retain in Hitman 3. It wouldn’t make sense that it would stay behind.

Us non-Stadia peeps may never get these items, depending on the fine-print of the deal that IOI have made with Google, similar to how non-Playstation players never got to play the Sarajevo Six missions. (Or alternatively we may later down the line, like we saw with the Requiem DLC pack and the H2 Custom Edition Midnight Black Suit/Concussive Rubber Duck.) All depends on the terms of the agreement, but I’d recommend we prepare for the worst and assume that these items will remain Stadia-exclusives for good.

Based on the 3 things they mention (remote duck, white briefcase and some kind of formal suit), I don’t think I’ll be too bothered if these remain perpetual exclusives, albeit obviously I’d prefer them to be available for everyone.

Us non-Stadia peeps may never get these items

I’d say we will eventually just based on the wording. “Unique” and “Exclusive” mean completely different things.

(Will still be preparing for them not to be myself though, and then it will be a pleasant surprise if we do get them.)

if they are reskins of items we already have, then i won’t be needing them. i already have 3 remote explosive rubber ducks, i won’t need a 4th unless they let us bring 4 items

Wouldn’t the location suit be 47’s climbing gear? Besides what if we don’t have the Undying Suit for whatever reason? I have always wanted a reasonable facsimile. I mean half the unlockable suits are just the Classic suit with slight visual changes anyway. Not to mention Whittleton Creeks is the normal suit but it is buttoned up.

I’d be more than OK with it if they changed the undying look to actually look like Faba’s outfit. Win win, because the black tie looks a lot better than the blue anyway.