A thread made by @YourGudBudNel from the old forum. I wanted to recreate that awesome thread but add a little twist. Instead of the “HMF Rap Battles” I thought we could make it where the First poster beginning a new round portrays their self as a Target and calls out to a challenger to pick their Target. 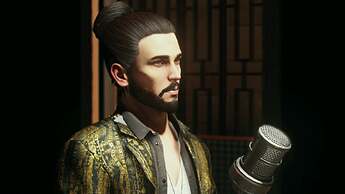 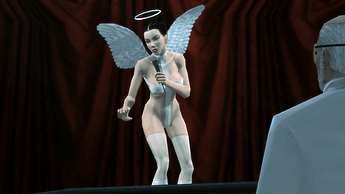 After the second poster finishes their lyrics during the “conclusion” they go on to immediately make a poll, asking who won. After 8 hours, the winner starts a new round and so on.

In the event of a tie, each poster will both do another round, starting with the first (using the same targets for each) and make another poll. This continues until a winner is declared.

Up to 3 battles MAX can go on at once to avoid too much waiting around. No more than THREE though!

Please note when choosing targets that they can even be intertwined from separate games. Example like above — Jordan VS Eve. It don’t have to be targets from the same game if you don’t want to. 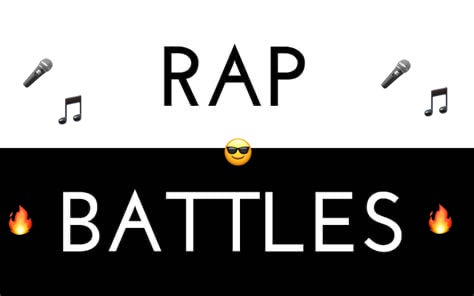 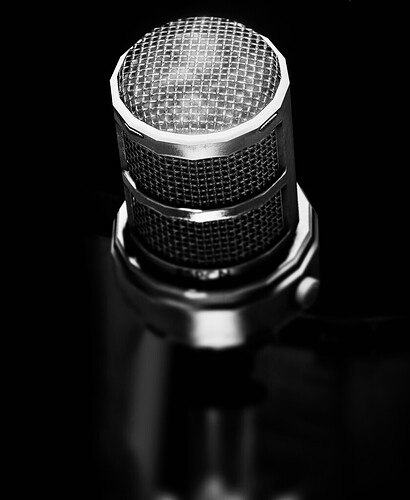 So participants get to pick the target they want to impersonate in a rap battle?

Sounds fun but a bit limiting. Just my two cents but I say let both choose who they want to be. Like say the first poster wants to be Silvio but the second world rather be another character then Dino. So the first player can call out for a challenger before they rap, then the challenger will announce thier character, and then the first player can start thier rap against them. Just my two cents, take it with a grain of salt.

I’m totally up for suggestion… You know what? That is actually a very great idea. I will do it like that, great idea. Thank you!

@Nazareth rules in the op changed (thanks to you

Looks good, though I would add that up to two or three battles can start at the same time so the game isn’t held up just waiting on one.

Man… you just keep coming up with them bro lmao that is also a good idea, will do!

Rules are set and game is now ready to officially begin!

You know, I wasn’t intending to participate because while I love Rap, I can’t really Rap for shit. But following an impulse of a seemingly exciting idea, here’s my open invitation.

I woke up this morning feeling pretty good. Today is my birthday after all. Jordan Cross turns 27, THEE Jordan Cross mind you, but you probably already knew that. I know you’d like an autograph but today is about me so don’t be so selfish. After the party and some vegan cake, which I know they didn’t screw up, I’m planning on breaking off from the band soon. Don’t get me wrong, they are talented but I feel like I’m just outgrowing them, you know? What can I say; I was always gonna be a Rock Star legend. What’s the point in being humble about it? I mean who could possibly hope to be bigger then me?

eve from blood money steps up to the mic, y’all:

daddy issues?
aaaah bring me all them tissues.
a boo hoo hoo oh sucks to be you
go dig your girlfriend’s grave with your silver fucking spoon

keep pushing me and we’ll see what happens,
they’ll be scraping your remains from a sidewalk in manhattan

Eve as in Adam and Eve? Bitch please. After Adam meet Eve, he couldn’t believe what he sees, so he got on his knees and beg the Lord to send him Steve.

I’m a Rock star/Rap star, you look like the queen of taking smack star, how the fuck did you think you were on par to match these bars?

You’re supposed to be undercover? You should’ve stayed under the covers, motherfucker `cause compared to me, there is no other. I’m the world’s greatest lover and after you feel this thunder, I’m ditching you six feet under next to the last bitch I plundered.

I’m nice on the mic, it’s my favorite vice so you best think twice, or you find yourself ending up paying the price.

oh damn, did you write that yourself
or did you hire in actual talent like with everything else? you can’t play drums, guitar or produce, the only thing you’re any good at is spousal abuse.

coming at me, spitting shitty bars,
the best thing about you comes from thirty seconds to mars. oh wait, my bad, didn’t mean to make you mad, i guess you got the rest from your billionaire dad.

i’m a trained assassin on and off the mic,
when i drop the psychs, you know that lightning strikes, but you is crazy or really fucking high, cos the only way you’re gonna kill me is if there’s a window nearby.

Solid work. Guess it’s time to set up a poll. Who wins the match?

Don’t forget, anyone can start a battle anytime. Don’t have to wait for this one to be over.

Looks like Screaming_Meat takes the win on a match well done.

This was hard but more fun playing the stuck-up little shit then I expected. So who wants next on the stage?

I can’t rap, but I’ll like to see Alexa Carlisle vs Penelope Graves. It won’t be the worst experience Carlisle had with a Grave.

None of us can. We’re just having fun making shit up.

I’ll like to see Alexa Carlisle vs Penelope Graves.

Which one would you be cheering for?

Fresh out Interpol, it’s Penelope Graves
This time, your funeral won’t be staged.
Skilled analyst, I’m the cream of the crop
And from the data, I predict that you’re about to get dropped
Maggie T here couldn’t steal a milk bottle
Did I mention your legacy’s about to be toppled?
Every family has their kinks, but yours can’t be shunned
Your niece wants to kill you, and she’s banging your son!
But I suppose all of that is none of my business.
You’re the head of the partners, but you dress like a headmistress!
The Militia and I are packing some ill flows,
So fuck off to your panic room, and cry into a pillow!

Does anybody else sing along to these lyrics in the targets voice or just me?

The verse was fire!

Don’t know who wants to be Alexa but whoever takes the challenge has a tough act to follow.