Was wanting to know what happened to the TV series that was being created by Amazon or Netflix I believe… David Bateson said show went dark, is it still being produced?

Considering that they planned to yet again diverge from the actual source material and start off with 47 having hair, I hope not. I hope this show is dead and buried, and so is any other attempt at Hitman outside the games unless they’re actually gonna give him his real origin!

Yeah I do agree, he shouldn’t have hair…Needs to be born in water in a glass test tube as a boy with pale white skin and ice blue eyes like a timber wolf…and trained by karate experts and ex militant soldiers of fortune (gun training)…if a TV show will happen, and plus have all the doctors (fathers) in his history included.

It’s been so long since we heard anything. I believe it’s either stuck in a purgatory production level of hell. Or it has completely been scrapped.

A possible Hitman series as well as other franchises will probably fall on the success of The Last of Us. If it does well, a renewed faith in video game adaption might be very likely.

Yeah it’s probably an idea, half-baked script, or a bunch of footage stuck on a shelf somewhere. Maybe it’ll see the light of day if the production company or licensing holders gets financially desperate, or if the franchise gets an explosive growth in popularity as a quick cash-in by Hollywood businessmen

It’s better this way honestly, the franchise is not fit for film (Whether it be a movie or a tv show). Hitman is far too subtle and subdued as a franchise due to its primarily stealth based nature, and the Hollywood producers (as with the other attempts) would mainly just attempt to make it a overly budgeted action movie that doesn’t capture any of the aspects of the character correctly.

The five fathers plot that you would have to start the series with was hard enough to express coherently in the games, never mind in a single movie. I suppose it COULD be done if you got someone who both had talent and actually cared about the intricacies of the series, but I would say that would be pretty hard to do overall.

I don’t believe it was filmed at all. If it had been then they would try to earn money with it. Despite getting bad reviews and the fan base moaning, both movies made money. The Rupert Friend one made 82M in theatres against a 35M budget and the first one grossed over 100M against a 24M budget.

The Five Fathers plot of the first game would, I think, be a bit too reminiscent of Kill Bill in the minds of film audiences. 47 going through the Blue Lotus and Red Dragon Triads to get to Lee Hong alone would seem too much like Black Mamba going through the Crazy 88 to get to O’Ren. And then the twist at the end: Surprise, your daughter is alive and with me = surprise, I created you and here are your deadlier brothers.

The hitman 2 SA story would be my vote. A youngish 47 comes out of early retirement to save a friend. 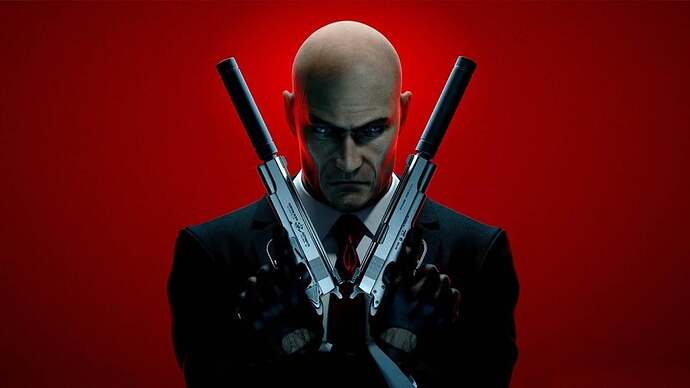 It seems like the Hitman TV show may be in development hell. Hitman is one of the most legendary [...]

I won’t watch it if David didn’t give the voice.

That won’t happen, not for Live action anyway. ADR is very tricky, so I can’t imagine that being a viable option. You have to match the inflection, the timing of what’s being said, and the exact tone. It’d be hell to do constantly.

And despite what fans seem to think; Bateson really doesn’t look like 47, in part because he’s too old for someone that’s meant to have an ageless physique (Rupert is a brilliant casting choice in this regard as he does look like what I’d imagine 47 to look like IRL).

To be honest, the first third of the second film also has Rupert do an honesty brilliant impersonation of Bateson. Shame he drops it later on for what is essentially his own voice.

An idea i’ve had in my head for months is that 47 should talk to himself in Bateson’s voice but the actor that plays him mimics it when speaking to a chef or whatever.

don’t believe it was filmed at all. If it had been then they would try to earn money with it

Tell that to WB’s Batgirl movie.

A possible Hitman series as well as other franchises will probably fall on the success of The Last of Us.

True, there’s been quite a bit of success, financially for companies and adaptably for fans, in terms of good movie adaptations so far.

Detective Pikachu, the Sonic films, Uncharted (debatable IMO). With the upcoming Last of Us series and Mario Bros animated movie, depending how successful they are, we might get more game-to-film/series adaptations, and hopefully ones that draw faithful inspiration from their source materials.

There’s actually a wikipedia article on game movie adaptations. Seems there’s been plenty announced so far, though I’m not sure many are far into production at all.
(A Just Dance movie? Really??)

Agree, except for one thing: Rupert clearly shaved his head. He isn’t fully bald, his head is buzzed, with about half a millimeter of hair very obviously on his head. That was one advantage Timothy had; he was shaved down to the skin bald, and you had to look closely to see where the outline of his hair would be when it grew back. Any 47 actor needs to have their hair taken out completely, waxed if necessary, to look as fully bald as possible. That illusion was hard to maintain with Rupert.

these days most Tv series and movies are made to serve certain agendas or to please very specific audiences… enough said about that,
they do not care about the existing fans they think the fans are already there and they will watch the series 100% guaranteed but what matters is attracting more people.
so we as hitman fans are going to have loads of problems with the show that’s for sure such as the idea of making a hairy 47 is outrageous so yeah i would like them to leave hitman alone i am happy i was introduced to this game 22 years ago and i would like to keep 47 to remain as a fictional game character

I still don’t know why people want a hitman show or movie considering how detail-less 47 actually is, 47 don’t have that much personality considering that he is the MC of the games, he is the center yet, the most development he had in the series was in WOA as he was actually able to work by himself and was less dependant, but his character as a whole is empty, the last thing I want is to see a TV show focusing on a character that barely talks and that their whole point is not being heavily noticed by anyone, this works for the game, unbelievebly boring for anything else.

A TV Show // Movie of Hitman would work only if it wouldn’t put the focus on 47, as it would focus on any other character, like Diana, Targets, etc…

Well, why not? It doesn’t even have to be a serial tv series, it can be a target-of-the-week show with no real myth arc, just a season that concludes with a really complex contract that takes two or three episodes instead of one.

And we wouldn’t really need to focus on 47 except here and there, would we? The episode can be mainly about the client and the target, what the issue is, the reason they want them dead, and then we get to the moment in the episode where they call the ICA.

In that sense, it would be treated kind of like Captain Planet, where only toward the end is the character the show is supposed to be based around summoned to do their thing. Another example being the 2014 Godzilla movie where Big G hardly shows up except the moments when he’s needed. 47 can do the same here.

And when it comes time for the actual assassination, it can go many ways, because we’d be focusing on the target at that point and we know 47 is coming for them, so it becomes a game of watching to see signs of him in the area, and it culminates with the target keeling over from poison that we didn’t think they’d consumed, or the fiber wire that suddenly loops around their neck out of nowhere and we see them choked out, or they open the door and 47 is there in all his glory, aiming a suppressed Silverballer right at them and shoots them between the eyes.

And that’s just for the regular kills! The accident and outsourcing kills would be treated like a Final Destination movie, as we see a guy with a barcode on the back of his head driving away on a forklift all of a sudden, wondering what he did, and we go another five minutes of following the target around, wondering what’s about to happen, then all of a sudden a riding lawnmower with its blades whirling at full speed falls through the ceiling and slices them up while simultaneously squashing them, and we’re left to wonder how the hell he did that.

I can see a lot of potential… if they’d just get his fucking origin right.

The issue with each episode focusing on a different target is that it would get very formulated, waiting till a certain point of the episode to see Agent 47 just kill 1-4 characters might become very predictable if not handled right.

I do think that a show focusing mainly on Diana and her relationship with 47 (somewhere in between) is a milestone better option, Diana’s character is much more developed than 47’s, and watching everything from her pov sounds way more interesting to me than watching filler convos for 35 mins and 5 mins of 47 killing someone.

Well, going back to the Captain Planet example, Diana can be the “planeteer,” so to speak, interacting with the other characters, and perhaps 47 from time to time, until the moment arrives for her to give him the info and send him to do his thing.

Like with many other video game film/TV adaptions, I hope 47 remains just exclusive to the gaming screen.

The sad thing is, Hitman is possibly the easiest video game property to adapt to the screen. All they had to do stick to a little bit of sci-fi in stating 47 was a clone (problem with movie 1), and avoid the cliche of devolving into action-packed shoot-em-ups (problem with both movies). It was so easy, how did they keep screwing it uo?