Same. I’m hoping for a Hackl 9S covert or at least a non-rapid-fire HWK 21 covert to be released, plus the Black Lily Mk III (Bloodballer), and of course that old standby, Tactical Turtleneck with Gloves. I’m hoping Freelancer, ETA, or just general new in game challenges will bring those to us next year.

Suit unlocks I want and are practical:

Suit unlocks that are less practical but still somewhat attainable because theyre in the files:

Yea i was just replying to heisenberg 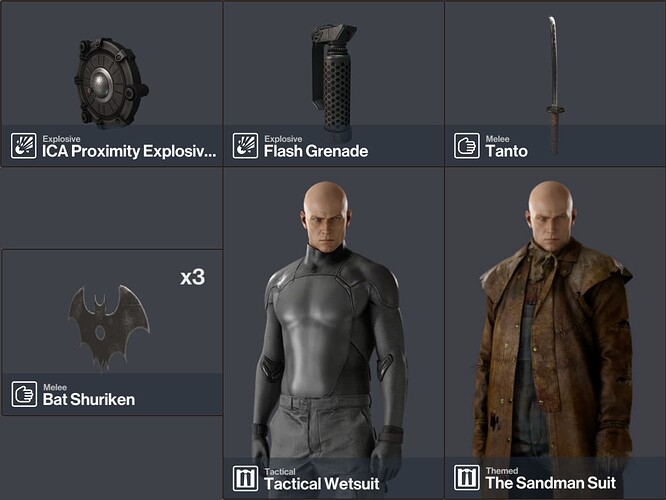 Probably because it came straight from this topic. They updated it 4 days ago

(Check the Hawkes Bay tab in the OP)
…though, I don’t think they should have access to that image yet? 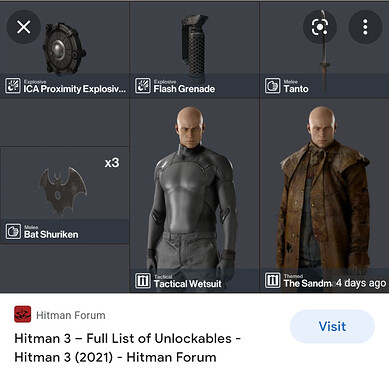 i hope not otherwise im screwed

Yeah, you won’t have access to that sandman suit until October 20th, don’t worry. I just update the thread ahead of time

…though, I don’t think they should have access to that image yet?

Is there also a thread for counting the amount of featured contracts there are or am i going insane?

@Count.Rushmore usually keeps a list of featured contracts here, though it looks like the last update was a month ago, so I think it’s off by a batch or two.

I guess it’s a recent batch behind.
Will update it shortly 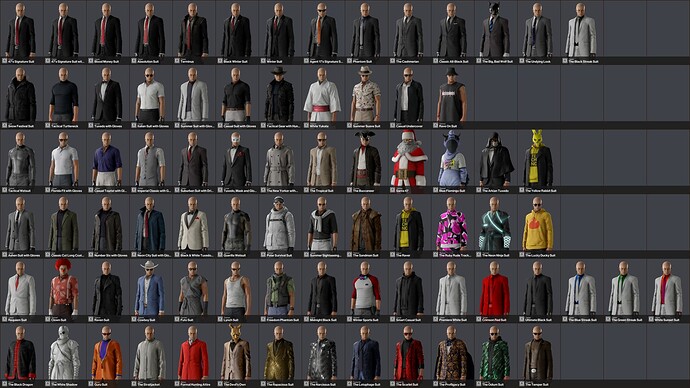 edit: by the way, if anyone want a full-sized PNG image, you can find it here:

r/HiTMAN - Here's the full list of unlockable outfits in HITMAN 3 (at least for...

I’d love for IO to make a way to get the green and blue suits for Xbox and PS on PC, but I think they will never do that.

With Stadia shutting down, the stadia exclusive items will be made available to all players on all platforms soon as announced here by IOI. This is good.

That’s cool. I’d like all the exclusive suits to stop being such and be shared (love the PC one), but I still don’t mind adding any new items. I use each item at least once, for the sake of it, even if I’ll never use it again.

You’ve really got your work cut out for you this patch!

I have updated the thread with all the new unlocks, mainly freelancer mastery unlock and the 2 DLCs 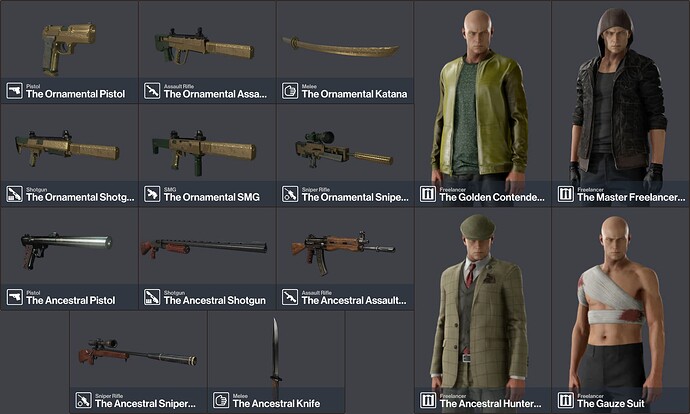 And I have reached the 32000 character limit for the post. If there is any more update, I cannot fit them in the guide anymore

It was like this before I did some trimming

Oh and I’ve reached 100 likes as well, thank you everyone