Cmon guys we need this. A big town like sapienza but with a gunshop,barber shop etc. and with an unlockable snub nosed revolver. (which was supposed to be in hitman 1 but was cut) .Iam not saying that we need exactly hope south dakota but something similiar.

They need to add an open world version of Hope, South Dakota to WOA which includes all Hope, SD locations from Absolution (minus the Agency invasions of course) plus areas in-between said locations. All NPCs from Absolution could be brought in with a few extra female characters added for balance.

You had me at revolver! I’d love for a big flashy one like Grey uses in the Italy cut scene but I’d be equally happy with a snub nose .38 that has 5 shots and less power.

At this point I’d be fine if they used the reload animation from the auto loaders. It’s fast and you’d have to be lookin to see it was off.

Yeah, and a revolver with a suppressor! Impractical bullshit that would never work because of how revolvers work, but that had never stopped Hitman.

. There is at least one Russian made revolver where the cylinder moves forward when the hammer is cocked. This closes the gap between the cylinder and the forcing cone. The intent was to not let gas escape which would increase bullet velocity. The design works, and it also lets the gun run with a suppressor. 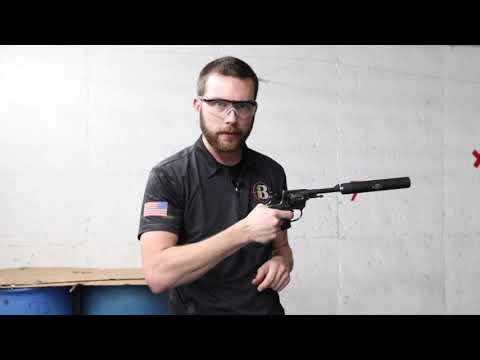 Merging all the segments for each mission as well as creating paths between certain mission areas is a good place to start. One should be able to travel between Main Street/Barber Shop, the Gun Store, the Bar, the Court House, etc. Now Dexter Industries, the Arena, and the Hawaiian themed hotel/nearby farm are gonna have to be a separate map because of the obvious distance involved. Also the player should have the option to eliminate a target simply by kidnapping them and dropping them off in the desert.

Get your stupid ass outta my god damn post.

nah, this is true we dont need 1 more BORING MAP IN USA
if you say USA so maybe LAS VEGAS
could be nice.
And most
SNOW MAP!!! BIG METROPOLIN WITH BUILDINGS!!! CASINO !!! AIRPORT!!! MAP WITH BIG METRO OR MALL!!!

Airport will never happen because its controversial. And why do you think that USA maps are boring ? Like have you ever played any other hitman game or are you just a typical ´´Hitman 3 is the best game in the series the rest is dogshit´´ ?

i think if they’ll make more maps so i think need other maps, in our game we got 4 maps in USA
MIAMI = resort style of usa
COLORADO = dry and boring area with army but nice action
NEW YORK = Bankers style
Whitelon creek = the Suburbs style

I think its pretty ok for the trilogy, i"ll prefer ONE EAST EUROPE because ROMANIA ITS SH**

And yes i played all Hitman and Hitman Absolution My worst🤪

Airport will never happen because its controversial.

There are ways to do this without offending the entire world. Maybe make the target eventually board a private jet from the FBO side of the field and s/he only goes to the public terminal for a meeting. This means the commercial planes can all be in the out of bounds space, they don’t have to be damageable, and 47 can’t go down the jet bridges bc he simply doesn’t need to for his mission. He can roam around the terminal, the airport innards, and the ramp but for ramp he only can go on the FBO tarmac area and he can get on board the private jet (lots of opportunities there, including a sweet cut scene one where you costume as the pilot and actually go flying with the target).