How human shield could be implemented

Human shield has been missing since the alpha build of Hitman 2016. As far as i know, IOI has not commented on this. This is how i’d conceptualize the human shield mechanic for any future title in the series.

My goal is to design a balanced mechanic so there should be both advantages and disadvantages.

So that’s my conceptualization of an ideal human shield mechanic. I took into account the difficulty of programming such features and i came to the conclusion that it would be very much possible to implement all this, yet also very time consuming and ultimately pointless which is why i shouldn’t have made this thread.

I think human shield was a mechanic with a great potential, but also, most probably, of a huge potential for over-powered abuse and imbalance - it can easily result in the player just running around and grabbing everyone for human shield, making the gameplay slightly ridiculous.

I think if it was to come back it should be severely limited in usage as to not become ridiculous and it should come with its own risks.

Metal Gear Solid 5 had a good example of how this could be achieved - if you get rammed or otherwise loose control of the situation, you’re being dropped to the ground and - in case of Hitman - it could mean a near-sure death.

As far as i know, IOI has not commented on this. 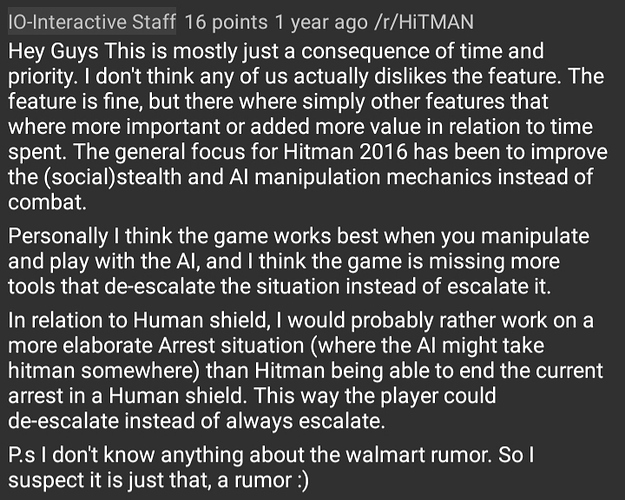 I can understand why IOI wants to avoid developing any features that cause missions to devolve into gunfights, but I think that there’s potential to develop a similar mechanic that’s more in line with their current design philosophy.
I think it would help to look at the kidnapping mechanic in Assassin’s Creed Syndicate:


If you aren’t familiar, in Syndicate you’re able to kidnap and lead your target around without raising much suspicion. It causes a stir at first, but just so long as you don’t allow any “enforcers” into your detection circle, which will expand if you move too quickly, you’ll

In Hitman this could be the first phase of a “human shield” mechanic with a greater focus on stealth than combat. 47 discreetly pulls out his gun and presses it against the target’s lower back. This is a classic maneuver in spy fiction, which the new games clearly draw heavily from.
This would simplify the mechanic down to it’s capability to lead the target around the level while de-emphasizing the combat aspect.
Obviously it’s pretty overpowered in Syndicate, but I think it could be much more balanced with Hitman’s social stealth system. Contrary to Assassin’s Creed, you would have to worry about being compromised by both civilians and enforcers. Plus, you would be walking much slower, which would force you to be more careful around enforcers.

If you’re compromised it could lead into the typical human shield/combat situation, but in this case it acts as a deterrent for failing the stealth aspect. This way there’s a clear incentive for maintaining your cover and not escalating things.

Well, the Fake Surrender we have currently does exactly that, its escalates the situation and put you in a frickin fist fight, leaving you open for fire of the other NPCs - at least you had an advantage in a firefight when you had an Hostage.

i don’t think we’ll ever see that described Arresting situation, just because it fucks up SA and you restart anyways 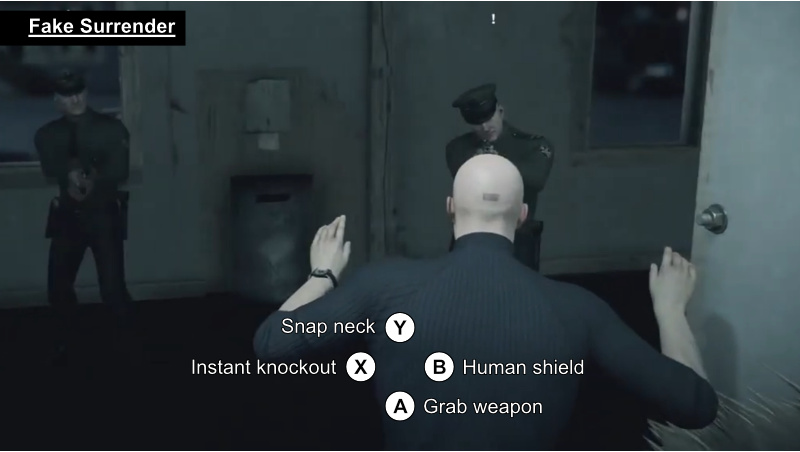 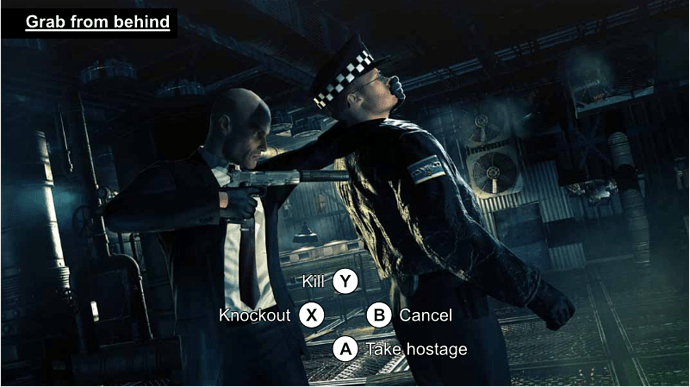 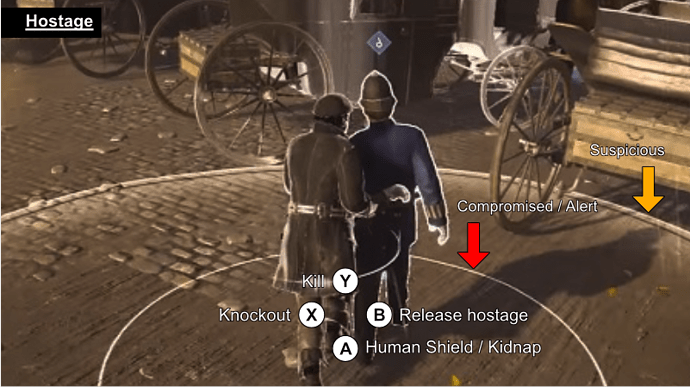 @Kardibask haven´t played Syndicate myself, but this could perfectly fit into Hitman. thanks 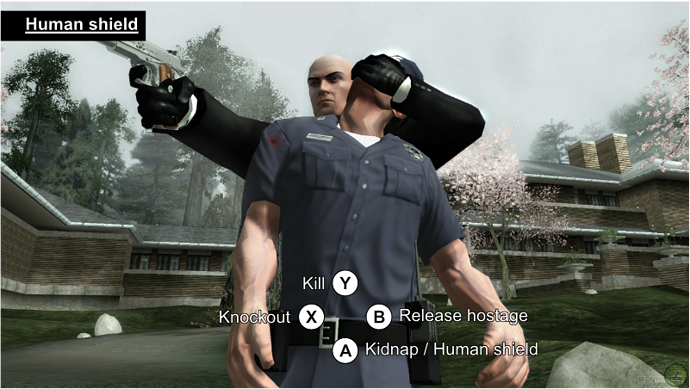 What was this Walmart rumor???

Kinda funny if I do say so myself.

Human shield has been missing since the alpha build of Hitman 2016.

It’s not completely absent tho… a few months ago, someone posted a video, 47 using a human shield in Sapienza. I forgot which thread was it, but I do remember, it was quite buggy.

It was in the code of Season 1 but was completely deleted from Season 2’s build.