How stable is this game when you make a mess?

Please note I’ve posted details of my crash reports in the tech support thread. This is a more general conversational question.

I’ve returned to Hitman 2 after a fair stretch of time away and am enjoying knocking off the challenges and testing the sandbox. I would’ve put about 100 hours into the game around release then when the expansion released and did not suffer a single hitch. Since returning this past week I get regular crashes to desktop usually during menu loads. Unfortunately this has escalated and I’m now stuck in the middle of the Three Course Dinner challenge in Colombia. I fed Rico to his hippo the usual way then set about killing dozens of NPCs so I could drag Andrea through the construction site and throw her in. Threw her in but now the mission crashes about 30 seconds later no matter where I go.

Have gone through the usual troubleshooting steps however my specific question to the community in this thread is can Hitman 2 stability take a dive when a player deviates from playing the game relatively straight and starts racking up higher than usual NPC death counts? I hope not because I’ve been having a blast mucking around and this incident has put a dent in my confidence in the game’s general stabiliy. I’m less likely to spend an hour meticlously wiping out 50 NPCs and dragging an unconcious body halfway across a level if the game isn’t up to it.

Appreciate your feedback and experiences, thanks.

what are you playing on and if PC what specs

Absolutely happy to chat tech support but this thread asking if others notice less stability when they play well outside usual level paths.

And if anyone wondering/interested in my troubleshooting steps thus far:

hmm well its possible that it’s just the game is poorly optimized for that stuff but your computer seems fine. are you sure your computer is doing okay? what are the temps at, are they unusual, etc. my computer started running pretty badly with H2 and then it short circuited so

Thanks for your replies. My computer is well maintained. Custom build with good components and plenty of airflow. No probs with other games I have installed.

Someone made a custom modded contract with all the NPC as target in Miami including the crowd. There were more than 1000 objectives. The game was slow as hell in menu (12fps) and in game with some stutter but no crash surprisingly.

Hitman 2 can definitely be used to do a lot of testing stuff inside the sandbox far beyond the usual paths, but like all systemics thing, there is a limit.

Can you give an ID of this?

You need to use an unofficial server for that, you can’t do that with IOI’s servers.

I was definitely outside the usual path but then feeding all three targets to Rico’s hippo requires a bit of carnage. A breakdown of my path in this mission: from the hippo enclosure I killed all NPCs in the underground submarine area and construction site. I dumped most of the construction site bodies in the nearby body of water. That took a fair while. Killed a couple more dozen NPC soldiers after I tranq’ed Andrea a short way up the road from the construction site. When the path was clear I dragged Andrea through the construction site, then the caves and finally the hippo. After dropping her in the game would crash about 30 seconds later no matter which way I went. So a lot of death and body disposal but nothing I would’ve thought the game couldn’t handle. My system exceeds recommended specs and I’ve seen some more taxing scenarios than that posted to IOI social media.

I ended up giving up on it and loaded an earlier save prior to killing everyone. The game back to running fine. I’ll try to complete the challenge another way and hopefully this crash the result of a specific set of circumstances I’ll know not to repeat.

Just as I hit reply I had a thought. I have Simulation Quality (pertains to CPU) set to ‘Best’ even though my 6700k is a 4c8t CPU. While ‘Best’ is intended for 8 core or higher CPUs I selected ‘Best’ because a 6700k is still a pretty good gaming CPU. I wonder if this could affect stability when wreaking death havoc among NPCs. Might drop it back down to ‘Base’ which lists as being intended for 4 core CPUs.

If anyone has any insight on Simulation Quality please feel free to share.

I don’t think it has anything to do with your computer, you just hit a limit inside the simulation. I known the game becomes very unstable when your try to move all the bodies of a map in a single place, a room for example. Same with Hitman 2016.

I dumped most of the construction site bodies in the nearby body of water.

I think this is the reason. Make a save under these conditions is also crash-prone. Just avoid to move all the bodies in a single place.

You can also make several piles of bodies to avoid crashes, like that : 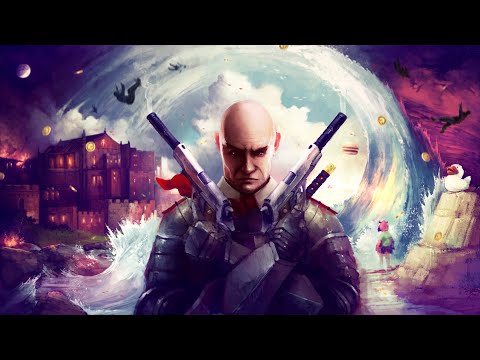 I have had similair issues with the Islge of sgail mission on ps4. I knocked out almost everybody SA, without stacking to many bodies and it always crashed at the same moment (x KO’s from save). I guess something out of the usual path or just a simulation limit.