I getchya man, sometimes they can be pretty disappointing. Personally, I’m alright with it because I’m just really easy going, but I see where you are coming from. The graphics, for example, could use some work.

“No cutscenes or any storyline”

The graphics, for example, could use some work.

You think? This is one of the nicest looking games I know, mostly because of the amazing lighting and anti-aliasing on console.

You only get a handful of missions, the story only moves forward a little bit, the cut scenes are just stills with voiceovers. It feels like an incomplete game, I finished it in just under a total of 18hrs gameplay and that’s with me restarting missions or objectives quite often.

I guess I’m comparing it to things out of it’s genre. For example, I was thinking of something like Resident evil 2, but an openworld game has to have different graphics than a very closed world game for hardware. At least I think that is how it is, I could be wrong

I’ve tried really hard to try and like this game. Tbf, Hitman 2 was an improvement to Hitman 1. But still,

the cut scenes are just stills with voiceovers

That’s because of the split between IO and Square Enix. Look at the CGI cutscenes from Season 1 and the briefing videos for the expansion pass, they aren’t stills.

If graphics are such an issue, why are they not an issue for the old games? The graphics in them aren’t exactly great even if they were good for the time.

The only game with a dark atmosphere is Contracts. I get you not liking the new direction they took and the new composer but you must have forgotten that Blood Money was taking a step towards comedy too.

How the hell is there any story in the old games? Contracts had a good story? Blood Money had like 3 cutscenes you needed to watch to get the plot, rest was filler.

Number of missions is a personal preference. I’d rather have 6 really well developed missions than have it be like Silent Assassin with poorly done filler ones.

To be honest. I’d just be happy if they had graphics as good as something like Uncharted.
Then i’d be happy. It just needs another developer with a bit more finesse and money in their pocket

That costs a lot of money. Money they’d rather spend on good missions. They don’t have an enormous budget, the reboots aren’t selling great.

SHit graphics pisses me off. The NPC’s are so stupid and the graphics are worse than ps3 graphics

Excuse me? Especially Hitman 2 has outstanding Graphics. Look at Details of NPCs Faces, the Clothes or even their Palmes and Soles, something not many People even see. (Unless they use Ansel)

The Location Skys and Reflections are better than in any other Game I can think of in my Head.

You don’t understand 47 was running. Running is a clear sign that you are in fact a mutant clone assassin sent to kill people for money. 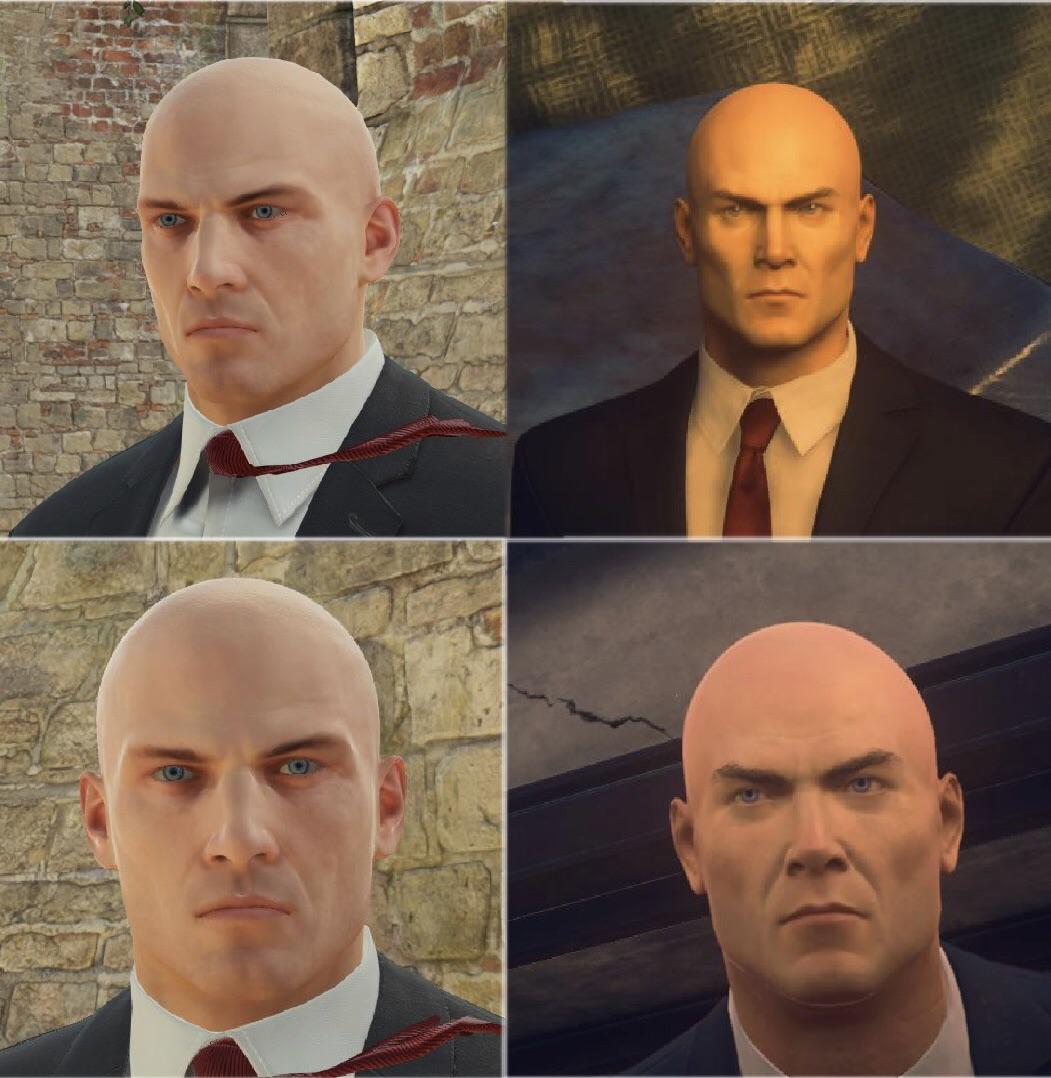 They made him ugly it pains me to see agent 47 look like ths.

You know you said some other things as well. You can stop clinging to the graphics thing.

Whether you like his face or graphics is personal preference.

My god the one from Absolution that one is the worst. The alien face 47 from 2-3 also counts as weird looking.