Idea for the Season of Lust

For the final season in the 7 Deadly Sins dlc, would it be asking too much to make all the woman proportioned as they appear in Blood Money?

I mean what else can you do with Lust?? Bring sexy back.

Every male character in a banana hammock?

Actually I rescind that. Every male character Except for Tyson. He gets a full body suit.

You want to see Silvio in a speedo? There’s a lid for every pot I guess…

Lust clearly needs to feature Diana. Heavily. 47 already does everything she tells him to do. Why not push that just a bit further? She’ll make it right, she always does. Hmm…but what feels right? He’s more than just a weapon. He’s a human man, with all that entails…

Maybe that fan-fiction writing is gonna pay off after all, Bourbon. I can see IOI scrambling to get your number right this minute!

Ah, yes. We use the Justin Timberlake song “SexyBack” as the new background track in Berlin, as 47 must take out make out all the shirtless men in the club. Gorgeous.

Maybe that fan-fiction writing is gonna pay off after all, Bourbon. I can see IOI scrambling to get your number right this minute!

You’re too kind. I’d direct them straight to @drcicak, the porny genius behind the Fuck Cabin. But I am available for pep talks, high fives and personally crafted

Agent 47 as cupid spreading love among the party goers in Berlin and gaining heart tokens to pressnt to the lovely Greek goddess Diana Aphrodite. The final challenge being to seduce her

A “love” gun that causes targets to lust for whomever is standing nearest. Embraced and preoccupied as agent 47 spreads his warmth collecting his heart coins. Diana Aphrodite watching over you, waiting for your offering. Ultimately persuing her down to the lower dance floor, those touched by your love now watching from the sides allowing you and Diana, who is now dressed for the heart thumping occasion, to tango. 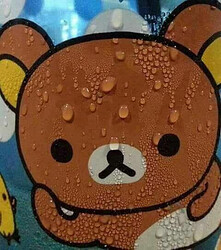 I already said it but I’m going to say it again: Season of Lust will be the lamest and tamest of them all.

I don’t know why but I have a feeling IOI will chicken out and say something like:
“The season of lust represents 47’s lust towards GREED! That’s right, we are having a season of greed 2.0!.”

-Clemens back in his golden suit from the greed roadmap video

If it’s just escalations, I’ll hope refunds are issued. They really need to step up this 40 dollar DLC but I’m gonna try and be optimistic that they will put effort into future seasons.

I would say I agree with you. Lust already feels like one of the sin that fits least well with the tone of the world built up in WoA. So it feels like it’s already of to a weak start. But also as mechanically it feels like a tricky one to display meaningfully

Especially considering what we got in The Greed Enumeration, where the concept of greed was boiled down to ‘collecting coins’. And, while I hope other seasons do a better job at translating the sin into meaningful gameplay, I think greed is one of the most compatible sins with WoA and should’ve been one of the easiest to convey.

Doesn’t give me much hope for lust or any of the other sins doing a better job handling their respective sins. But I have my fingers crossed for pride to prove me wrong

fits least well with the tone of the world built up in WoA.

Thats exactly what I think about this whole 7 Deadly Sins Idea. Its cool and all but it doesn’t fit Hitman in general very well, with its…supernatural? Approach.

Yeah definitely. Also framing the bearer of the sins as 47 himself is an odd and limiting approach too, in my eyes. We’ve definitely seen a lot of sin from targets and other characters, but trying to place the weight of all 7 of them on 47’s shoulders feels a bit disingenuous. Especially when we definitely haven’t seen him express some of the sins in the past

If Greed has a Gold filter, then will Lust have a Red filter?
Also, this tune could probably get a little more… exposure. As for using NPC models with …Iess clothing? They could do that. Doubt they will tho.