This thread is for discussing how to utilize the target lockdowns and sharing all possible methods. It’s my all-time favorite universal tactic - making a target panic, maybe pretending to escort them as a guard or waiting them at their destination and then when they think they’re in a safe place, a perfect execution. 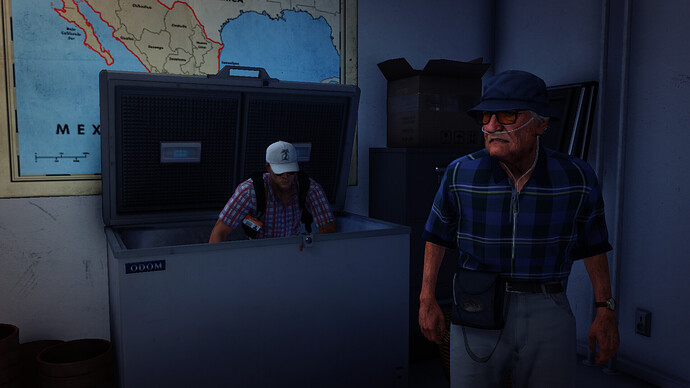 I just studied the main mission targets’ routes so I’ll just list the more or less intended ways to kill them utilizing lockdowns I know about. All targets obviously have more than one lockdown spot but some of them can be used in your advantage. Here are the accident opportunities related to them:

Then there are some other spots that provide alone time with the targets due to some seriously incompetent security detail.

I left out some other places I found (like that spot in the picture, Janus’ garage, that is) because they were too random and almost impossible to SA.

Lastly, there are many other methods that don’t make use of lockdown spots themselves, but rather something that’s on the way. The easiest said method would be shooting at Vetrova right at the beginning of The Last Resort and then legshotting her when she’s running through the beach. I definitely don’t know all of those but that’s what this thread is for. I also haven’t investigated the other missions outside the main story. Let’s compile all those tactics here!

I think Viktor and Dalia both meet in a room on the first floor during lockdown, where the scaffolding is on the outside. You can kill both of them there with a chandelier I think? I remember killing them using a remote explosive, but that may have as well rigged a chandelier rope instead. If not, remote explosive directly also worka as they are in that room by themselves.

Sorry this is just from distant memory. Someone could probably elaborate.

Edit: Ah sorry I missed the spoilered part in your post…this was what I was talking about

I think you need to retreive the smartphone from Novikov’s personal bodyguard and use it to create a lockdown to this specific room.

Athena Savalas - Vault security room - She goes to the vault security room after being scared at least twice. You can then gas the room with emetic or sedative poison. I always had her faint last with sedative so I got to keep SA too.

Wait what? Is this true? I never knew that, this changes everything.

Yes, I just found out about it too.

Today I investigated the other missions and had some chaotic but fun moments, especially in Patient Zero. 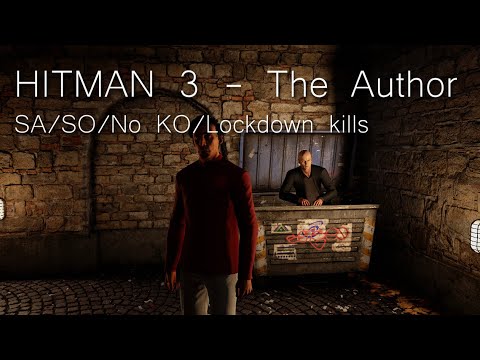 I don’t have much to say about the special assignments. Basil Carnaby goes next to a scooter, but so does his guards so it’s hard to do SA. And that mission is easy as shit anyway.